“Thanks to the Winter Term opportunity at Oberlin ... I’ve had the opportunity to see a manta ray in Hawaii, turtles in St. John, garden eels in Saba, docile sting rays in Cayman, and the most spectacularly colored fish in the Red Sea.”

One of the greatest things about Oberlin is Winter Term. With a fall semester devoted to 4 or 5 classes and lots of extracurricular activities and a spring semester that is structurally similar, January provides a nice break in the traditional academic calendar. “Normal” classes aren’t offered on campus that month. Instead, students do an in-depth project for the month. Whether they’re conducting geological research in Australia or doing an internship in Washington DC or learning yoga or studying German intensively or acting in a play, students focus on just one thing during for the month.

I spent my second Winter Term learning how to scuba dive. Over 70% of the world’s surface is covered by water and over 150,000 species of animals call water their home. The opportunity to open my eyes to this other world was something I couldn’t let pass by. I’d been snorkeling before, floating on the surface as my parents dove among the angelfish, grouper, parrotfish, eels, rays, flounder, and coral. I’ve even seen the underwater statue of Jesus that sits in about 40 feet of water off of Key Largo, Florida. But to swim with the fishes (in a positive way) was something I’d dreamed about for a long, long time.

After a week on campus, we were all itching to get to the Caribbean. Our destination was Roatan, the largest of the Bay Islands, located about 40 miles off of the north coast of Honduras. Roatan is surrounded by the world’s second largest coral reef, which makes for amazing diving. You could literally walk into the water with your scuba equipment and 50 feet out from shore you’d be above the reef.

Two things stand out in my mind, even though this trip was almost 17 years ago. The first is going to the end of the pier at the resort each night with a mask and fins to float among the spotted eagle rays that congregated each evening at dusk. Spotted eagle rays are very gentle creatures. Floating among them was relaxing, even therapeutic, and reminiscent of watching a large bird soaring high in the sky.

The other memory I have is of the dive we did to a shipwreck in about 120 feet of water. Recreational scuba divers don’t generally go much lower than 120 feet so some of the divers were reluctant to go. Not me--I got suited up and was on my way down. Because of the science behind scuba diving, we only had enough time to circle the ship once before we had to start back up. As we’re finishing up our circuit of the ship, we approach the massive engine and out pops the resident moray eel. Before we know it, we’re being followed by the eel, several large grouper, and representatives of 15 or 20 other species. It was like an underwater conga line.

Thanks to the Winter Term opportunity at Oberlin, I’ve been able to make scuba diving more than just a dream. I’ve had the opportunity to see a manta ray in Hawaii, turtles in St. John, garden eels in Saba, docile sting rays in Cayman, and the most spectacularly colored fish in the Red Sea. My wife learned how to scuba dive right before our honeymoon. I’ve helped organizations with fish counts in an effort to see if the fish population is being depleted unnaturally. And I have an incredibly appreciation for the world that most people will never experience. I can’t wait for my daughter to be old enough to experience the ocean and its wonders. 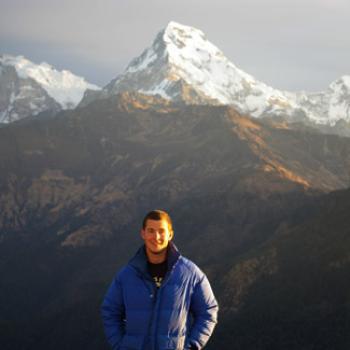 On collecting stories in Nepal

“I had this fantastical notion that I would just walk up to someone, and be like, “Hey man, you have any stories?” Then, I would sit back, regaled by their idiosyncratic tales. This was not to be the... 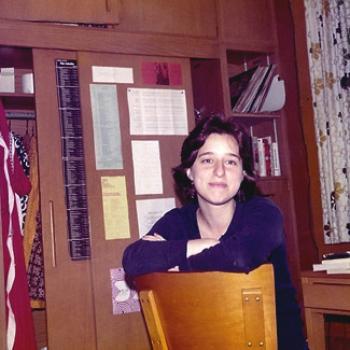 “I showed up at a meeting with a vague notion that I might want to work as an intern on Capitol Hill. What I hadn’t expected was that a professor I barely knew, Paul Dawson, would place me with an up... 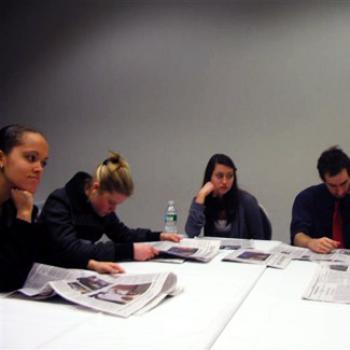