“Sharing, with two of my best friends, those moments of joy and frustration, hilarity and utter confusion - it is something I could never have dreamed of anywhere but Oberlin, something I will remember forever...”

When I think of all the improbable, wonderful gifts that Oberlin gave me - the handful of lifelong friends, the special musical collaborations, my rather debatable quantitative proficiency - one memory comes to mind for which, even at a few years’ distance, I still have a real, palpable nostalgia; I still hold it dear to my heart as something I could only have experienced at Oberlin.

In the middle of a miraculous first semester at school, during which I read War and Peace in my first-year seminar, I found myself having to decide upon my first Winter Term project. I had originally planned on being home in New York for the month; but somewhere in those thousand pages of Tolstoy, having fallen in love, I realized I needed to learn Russian. And so I enrolled in Winter Term Russian - the introductory language course compressed into a month. Two of my closest friends - Elisa and Brittany - also decided to take it, and the three of us were thrilled at the prospect of cooking and drinking tea, of trips into Cleveland, of delving intensely into Russian together.

A semester’s worth of work in a few weeks was a daunting prospect to begin with, but I don’t think any of us quite anticipated the reality of it. Walking into class the first day, we saw random scribblings of chalk on the board; but rather than erasing the mess, the teacher made us repeat it - apparently a greeting (of course - in Russian, “hello” takes twelve letters - I should have known). Leaving class didn’t give us much relief: we arrived back in our dorm, starving, and hastily made lunch so that we could settle down with our dozen pages of homework, which, on the first day of Russian class, consisted of second-grade-style cursive practice, writing the letters of the alphabet dozens of times until they took on some degree of familiarity.

Two days later we had our first exam, after covering the first chapter of the Russian textbook, and the three of us went in, frightened and attempting to keep a hold on blindly-memorized verb forms and prepositions. As the month progressed, the pace perhaps even quickened, and I remember certain moments where we almost broke down - like the teacher’s delicate announcement in class, that “we don’t really use the verb ‘to be’ in the present tense"; I can almost hear the gasp of horror that escaped us all. It seemed odd at the time to say “I Gwen,” “I Elisa,” “I Brittany.” I guess after a while we learned to reserve judgment - other than a fair amount of hopeless laughter - and accept these little idiosyncrasies, which I now find utterly charming; perhaps a Russian major has caused that in me, over time.

That January was one of the coldest times I can remember in Oberlin, with constant snowfall that often piled up to our knees. Walking across the campus early in the morning, after little sleep, the three of us couldn’t help but think that perhaps we were getting an intensive introduction not only to Russian language, but to Russian existence: trudging across the white earth, bleak skies above, and living with little hope from day to day. (Of course in our case, our lack of hope was hardly an existential crisis; it had more to do with smaller issues - seemingly considerable at the time - like whether or not we could memorize the words for “microwave oven” and “alarm clock.") We managed to make it into Cleveland and spend a little time staring at Picassos, our minds still churning with complex vowel sounds at the Art Museum and over an Italian dinner afterwards. It was that month that we drove away from Oberlin to the Russian grocery store and, encouraged by our teacher, walked up to the counter and gingerly requested, in Russian, a bit of cheese (that word, at least, we could remember); later we came home to sample what we had bought, an array of culinary wonders that somehow corresponded to the language that occupied our entire existence for that month.

It would be impossible to fully describe that month for all the joyful memories it recalls. I can see the three of us, hunched over in my quad’s common room, awkwardly looping our pens into something resembling Cyrillic characters; and then we are laughing madly, staring at our notes to see the days of the week written out in Russian and their English counterparts misspelled ("cpe a,” at that point, translated into “Wedday"). I remember cooking meals together - after hours of class, our lunches were often cold sandwiches when we were too hungry and too tired to do more, but sometimes, on special days, we grilled them up in a pan and they seemed almost too good to be true. For dinner, we allowed ourselves enough respite from cursive practice to make something respectable, and I remember a thrilling baking sheet covered in nachos, and a glorious rendition of spaghetti and meatballs. After a day of not reliably being able to remember the word for “milk” in Russian, the three of us delighted in cooking and eating together (all the while quizzing each other on the numerals from one to ten).

There have been many wonderful results of that first impetuous decision to study Russian: a trip to Russia the next Winter Term; my continued love of Russian cuisine; the close, warm community of Russian students on campus; academically, getting to read Gogol in the original has been particularly special to me. But I will always retain a tenderness for that first January, when, as snow collected outside our windows, Brittany, Elisa, and I tried desperately to tell apart what seemed like hundreds of letters in the alphabet, drank tea together and laughed endlessly. Sharing, with two of my best friends, those moments of joy and frustration, hilarity and utter confusion - it is something I could never have dreamed of anywhere but Oberlin, something I will remember forever and for which, for lack of more eloquent words, I am truly grateful. 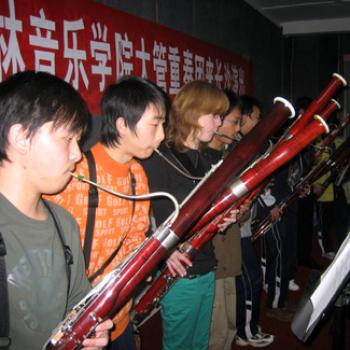 On organizing a Bassoon Quartet tour of China

“As someone who was reluctant to go to college “in the middle of a bunch of cornfields,” I now can’t imagine having gone anywhere else for school ... no other institution would be so supportive of my... 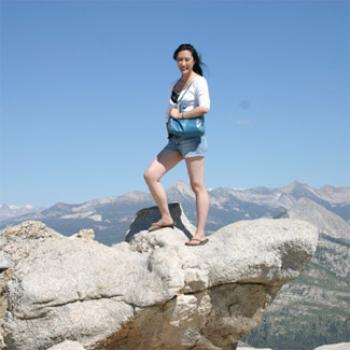 On interning at a hedge fund

“I had preconceived ideas of finance as a lofty, entirely mathematical, robotically exact, and overall boring kind of field. In no way, shape, or form would I have predicted that I would end up where... 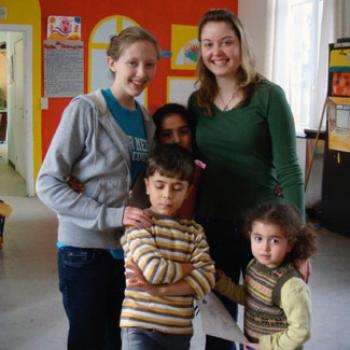 On her Winter Term in a Belgian refugee center

“As cultural and linguistic barriers melted away, each one of us was able to make valuable friendships with the staff and residents of this center that had opened its arms to us and welcomed any new...