My move to Oberlin was not only a move to college, but for me it was the end of a seven-year stay in Europe and the first time I would be living in the United States since I left at the end of fifth grade. Concurrently, my family also changed addresses and came to reside in Canada. What this meant was going ‘home’ for a break afforded no real relief for homesickness, because the home to which I returned I had never even seen.

With this in mind, as winter term rolled around, I decided to hibernate the month away in Oberlin rather than look for an internship or project around where my family lived. I’d rather be in a place where I knew few people rather than none at all. After selecting one of the on-campus group projects, From Yarn to Garment, the most important thing about winter term was deciding how I was going to eat. This decision was more difficult for me than my project selection. I could remove all concern about eating meals and go with the most expensive ResEd-supplied meal option; I could go out and meet a bunch of new people and practice my cooking by eating in a winter term co-op; or I could go with the cheapest and potentially disastrous option of eating all on my own, either cooking for myself or with a small group. Ever the indecisive, I kept flip-flopping from one to the other, weighing the pros against the cons. I am really not sure what I would have ended up with if an acquaintance of one of my friends had not disgraced all my thoughtful musing and stated, “You should eat with us.” And with that, I joined the Foodship.

Being a part of the Foodship was a bit of a leap of faith for me, as I didn’t really know anyone in the group. However, every flicker of apprehension I had when I cautiously picked my way into the Harkness kitchen on the third of January was doused by an overwhelming amount of openness and good cheer, and instantly I knew that I was going to have a blast. The Foodship was my refuge from the cold and loneliness that pervaded the rural Midwest when the temperatures dropped to below -20 degrees Fahrenheit: a refuge of camaraderie and gastronomy with a splash of eccentricity on the top.

The Foodship was an informal gathering of about 10 people who came together every day to cook and eat dinner. We functioned nominally as a co-operative, as we shared expenses and cooking, but we did not rule by consensus as much as trust in each other’s judgment. We were also quite the ragtag bunch: meat eaters, vegans, co-opers, ResEd inhabitants, conservatory, college, neuroscience majors, dance majors, even an elusive archeology major, with all four years represented, to boot. We were a microcosm of all things Oberlin with the one common ground that we all loved food.

This was one thing that, in my mind, really set us apart from the numerous other groups cooking for themselves on campus: we didn’t just like to eat on the cheap, we dined a la gourmet. From dishes such as a French onion soup made traditionally with cognac and reduced for an entire day to meals like our Tex-Mex extravaganza with every item made from scratch, including tortillas, salsas, and sopapillas. One of the most exciting times of the week was when whoever could get out of bed early on those dreary weekend mornings would gather, dig the car out of the snow and travel to the world-famous West Side Market, a Cleveland jewel founded in 1840, where we’d stock up on the next week’s supply of fresh meat and straight-from-the-farm vegetables like greedy children in a candy store before trekking back to Oberlin to begin cooking again.

It was in those few weeks of boiling grease, kitchen prep, and slaving over dishes for at least four to five hours a day that I really began to understand this school. The other Foodshippers and I were stuck in a grueling routine of professional-level cooking for a good part of each day, an undeniably unenviable position, but rather than whine or moan, we loved every minute of it. We raced around with hot pans, burned ourselves on the ovens, tediously watched bread rise, but also held impromptu dance parties, expounded on science fiction, and during one lapse of judgment even juggled chef’s knives.

More than anything, this high-tension kitchen was, paradoxically, a place to relax and be ourselves. It was in this strange convergence between work and play that I really felt at home, and every conversation about which spice went in where, or how to properly and efficiently chop an onion suddenly became so much more deep and personable. Everyone was so selflessly dedicated to the simple task of putting good food out before good friends that hearing, “this dough should be kneaded to one-eighth-inch thick” made me feel more connected to those around me than I have through many conversations I have had about my life experience.

It is these things that are indicative of what it means to be an Oberlin student. We had a month to work on an individual project every day, from neurological research to weaving a full-length woolen coat, but we still dedicated time to come together and make food in our own little community rather than pay others to do it for us. Oberlin students are not just smart or musically inclined; to be an Oberlin student is about a lifestyle and what you do that you don’t necessarily have to. One of my favorite quotations is, “A true measure of a person’s worth is what they do when no one is looking.” What do we do? We come together; we work hard; and apparently, we cook. 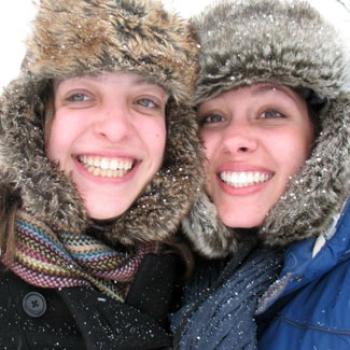 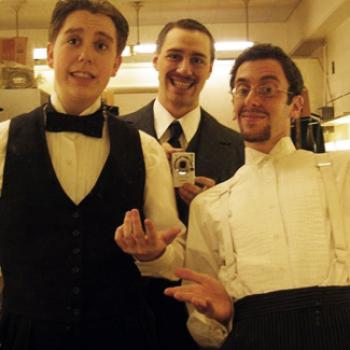 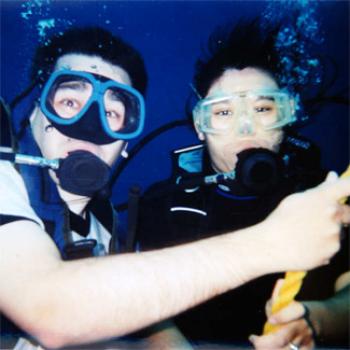