“I now have a better grasp of how all my language-based interests—translation, journalism, and, yes, fiction writing—tie into comparative literature.”

At the end of my sophomore year, I emerged from Introduction to Comparative Literature with the rest of my academic path planned out: I would double-major in comparative literature and creative writing, and it would be awesome.

Debating cross-cultural literary analysis and poring over translation theories in Professor Scholl’s class appealed to me. Besides, I already had half a dozen Spanish, French and cultural diversity courses under my belt, so completing the comparative literature major would be a breeze.

Then the Creative Writing Department rejected my latest workshop application. This meant that I would only have enough time left to complete a creative writing minor, not a major. But that in itself wasn’t the problem. The problem was that now I had to find some other, complementary major to add to my already-declared comparative literature major. Didn’t I?

My options were now limited: Oberlin offers no journalism or translation department, the Rhetoric and Composition Department offers only a minor, I didn’t have space in my schedule to complete a Spanish or French major, and the English major felt too limiting. So when my mom suggested adding an individual major, it made a certain amount of sense. And so I spent the next five months trying to hastily reconfigure my academic life.

After rifling through student testimonials in the Office of Study Away, scribbling notes and calculations in my course planning sheet, typing up rough arguments over my academic goals, and dashing in and out of professors’ offices, I eventually met in Associate Dean Steven Wojtal’s office for the third time. It was November, the Individual Majors Committee had just reviewed my initial application for a communications and cultures individual major, and it was not too impressed.

Also, Dean Wojtal added, perhaps it wasn’t a good idea to propose taking four writing-intensive rhetoric and English courses during both semesters of my senior year. I could always take a few of those even without the individual major.

“I just...” I stammered, grabbing the bottom of the seat. “Sorry, sorry. But isn’t there any way the committee will accept if I tweak...maybe I could...?”

My mind was flooded with all the precious time I’d been spending over the last five months. It was now November, so there was still technically time to rework the application and resubmit it next month; but I’d have to work fast to catch up. Was applying for a vaguely defined individual major really worth it?

No, there was no getting around it. I’d been scrambling to try and build a journalistic major that blended nonfiction writing with “cultural studies;” instead, I had designed a weird set of writing-, literature-, and history-based courses that sounded suspiciously like comparative literature fare. I was back where I started—or rather, I was beginning to see that where I was perhaps wasn’t that bad after all. That December I emailed Dean Wojtal and all the professors that I’d previously consulted to announce that I was dropping the individual major application in favor of taking a mélange of comparative literature-qualifying courses and humanities electives.

Now fatigued but curious, I started digging deeper into the history of the individual major at Oberlin. I scanned through archives, spoke with a few students and staff, and turned my findings into a final project for Introduction to Journalism and an article for Fearless and Loathing.

My findings basically revealed that the benefits of the individual major vary on a case-by-case basis. Some students, like rising fourth-year Sarah Blenko, saw the application process itself as a helpful way of consolidating one’s academic plans, while others, like rising fourth-year Dan Nitsch, used it as a way to flesh out their résumés and networking opportunities. The individual major is not right for everyone, but for some people, especially those who plan their applications well in advance, it can be an excellent thing.

In the end, all that over-analysis and frustration that I put myself through in an attempt to make my own second major wasn’t necessary, nor was it fruitless. I now have a better grasp of how all my language-based interests—translation, journalism, and, yes, fiction writing—tie into comparative literature. This major has become more than just an easy way for me to justify the random language and social sciences courses that I’d been taking: now it’s a flexible vehicle for shaping my academic interests.

The amazing thing about an undergraduate liberal arts education in the U.S. is that you’re not tied down to a single field for life. Your major doesn’t have to reflect your future career, nor do you need two of them—especially when trying to fulfill two might prevent you from fitting any cool electives into your schedule. So if you’re considering two majors and/or creating an individual major, don’t wait until the end of sophomore year to start planning; but, paradoxically, I’d also advise staying flexible. Sometimes “failed” endeavors can be just as fruitful as successful ones. 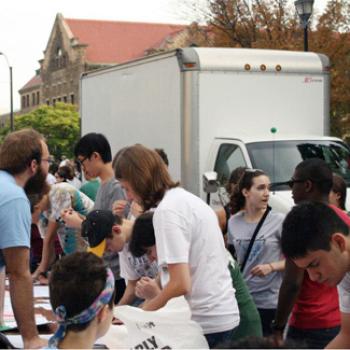 “Although we are all at Oberlin to go to school first and foremost, I don’t see an Oberlin education as complete without at least exploring the other opportunities that are so readily at our... 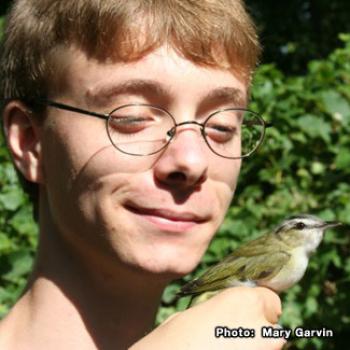 “Oberlin [gave] me the chance to see that I could find that same level of fulfillment and meaning in any field that struck my fancy.” 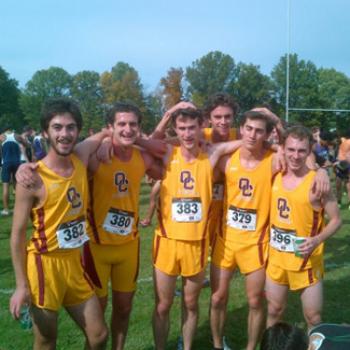 “The people here have copious and astoundingly diverse passions of their own but will also go to incredible lengths to help you pursue yours, in all likelihood because someone did the same for them.”