I got up at an ungodly hour. I was handed my graduation slip by an angel from the registrar's office who was way too familiar with my name (probably because my individual major was a pain in the bureaucratic neck). I hope I said something nice to her. I was not awake.

I woke up somewhere between Carnegie and Talcott. Oberlin was breathtaking that morning.

I kissed a magical human.

I realized the commencement procession was going to start in five minutes and that I was supposed to have lined up for it twenty minutes ago.

In the blink of an eye, I commenced.

I packed the car. I met my goal (and solemn promise to my parents) of driving home with fewer material possessions than we had driven up with when they dropped me off four years ago.

I packed my heart.

My mom took these pictures

My parents completed the drive from Oberlin to the Gulf Coast, where we live. I slept the entire way. Upon arrival, I unpacked until my room was clean. It took me three days. I kept expecting to wake up back home in my nest in Talcott.

What day of the week is it even

On the fifth day after graduating, my mom drove me to the airport and saw me off.

On the sixth day after graduating, I arrived in Nova Scotia, at the home and workshop of my flutemakers, who are teaching me some of their craftsmanship this summer as they host me. I love them so dearly.

Nova Scotia, for me, is not a part of this world. When I arrive there, the rest of my life falls away. I float in a stasis of complete love and beauty. Exactly one week after graduating, I was incubating in this place/state, slowly unpacking corners of my grief in between flying kites on the beach, learning everything about making flutes, cooking delicious food in not-OSCA portions, playing tunes and drinking wine after dinner, and just generally blissing out. Nothing felt real. 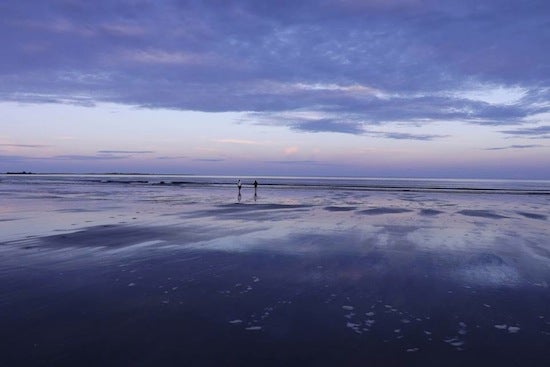 This is a picture from a sunset when I was there last summer. That's me off in the distance, with my partner at the time. Tyler St Clare, another aspiring flutemaker, took the picture.

Time has ceased to matter

The first week I was there, this year's batch of new flutes (fifty of them!) got their fine-tuning. The flutist who works this magic with my flutemakers happens to be my teacher from back home in Alabama, and she happens to be a delightful human, so I was thrilled to be there. Learn some of a fulfilling, fascinating trade? Check. Hang out with some of my favorite people? Check. Eat a lot of chocolate? Check, and then some.

The second week, I learned how to operate the bigger machinery in the workshop; how to effectively wind the flute joints with thread; how to make corks for the flutes; how to do primary reaming; and how to polish a finished instrument. I also set up a spreadsheet to keep track of all the flutes in the shop. 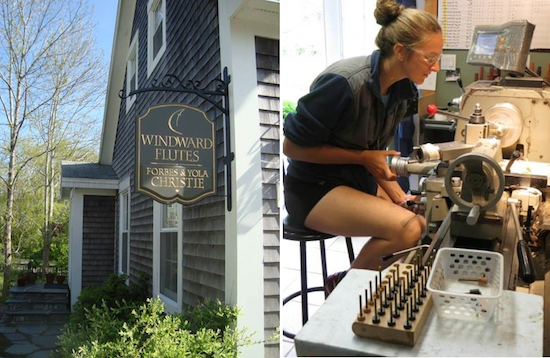 Photo credit to Yola Christie, one half of Windward.

Fourteen days after my arrival, I did the leaving thing again.

It only took me one day to get to Texas. Which is good, because classes started the next day.

Sometime in late April, I got the unexpected notification that I'd been awarded a full scholarship to a thing called CoLang. I was leery of heading back to the classroom so soon after escaping, but I couldn't not go, because CoLang is everything I want in academic life. (It's a gathering of linguists/language activists who work with endangered languages, for the purpose of sharing skills and talking about how to do our work well - i.e., in collaboration with the communities we work in; doing research for, with, and by the community, rather than research on it.) I have no regrets. The education I got there feels very Oberlin in its passion, curiosity, humility, interconnectedness, and importance. And, of course, in its being undertaken by a lot of really, really cool people.

My days there always ended with a familiar kind of exhaustion - one that my brain is happily at home in. I wasn't sure I'd ever find it again, let alone so soon. I feel unbelievably lucky.

Last day of CoLang. I am in the tall-person spot.

I was sitting in the Dallas/Fort Worth airport when I started this post. Later that night, I was picked up by my closest Alabama friend, and arrived, for real, at home. With my heart as much as my body.

I'm staying for three weeks. It'll be soothing. I will spend my days exactly how I want to. I will get up early in the mornings to beat the Alabama sun and go for the runs I've been missing for four years. I will practice the piano I've been missing for three. I will write tunes for my friends. I will write letters to my friends. I will read books! I will cook impossible things poorly and still have fun eating them.

July 19, I will lace up my comfy old leave-taking shoes and strike out for Nova Scotia for the second time. The first week back, I'll be swapping kitchen help for class time at Boxwood, a flute festival in Lunenberg. I wasn't originally planning on being there, but I found out that Brian Finnegan will be teaching, and then I had no choice. (Funny how life has been doing that to me lately...) For context, I learned how to play my Irish flute by listening to his albums, and I have, on occasion, forgotten to breathe just trying to imagine meeting - let alone playing with - him. I am not physically capable of thinking about that too much, so let's move on.

For two months after Boxwood, I get to wear the apprentice hat again. I'm not going to rush through my life between now and then, but when my time in the workshop rolls back around, it will be like releasing a breath I've been holding since I left. It will be wonderful. I will savor the heck out of it.

And, bonus, my acro partner from Oberlin is visiting me there for a week in August! I've only seen her twice in the last year, so getting to hang out and play will be a treat. 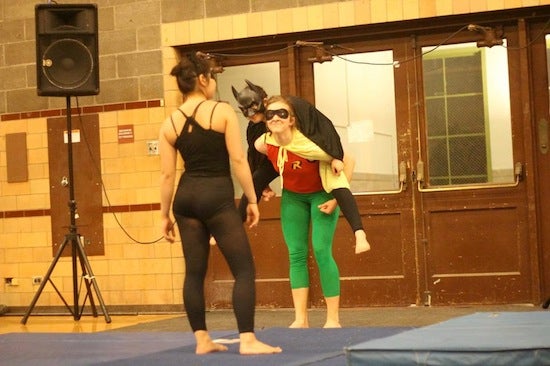 This is us performing in Hales! Photo creds to Zoe Madonna.

When I leave Nova Scotia in October, I'll be flying south, but I'll be looking west. That acro partner who's visiting me? We're moving to Seattle together to train and teach and see if we can make it for a year.

Meanwhile, I'm also applying to grad schools for linguistics. While I was at CoLang, I met one of my linguist role models and realized there isn't anyone else I would rather have as my mentor, so her PhD program is currently at the top of my list. (She hugged me! I am over the moon!)

And, in the back of my mind, I'm constantly looking for my next excuse to return to that Nova Scotia eden.

I don't know where I'll be in ten years, but given that my biggest struggle right now is choosing between options that I'm all madly in love with, I think it'll be somewhere good. I may not be using my degree in the traditional sense of getting a job based on what I've studied, but I am using the crap out of my passion, willingness to take risks on new things, and belief that I can do pretty much anything I put my mind to. Oberlin hasn't gotten me a job (yet!), but it sure did give me a life.

To everyone who helped me build myself while I was there: thanks. You did good.