Building a circus can be outrageously different from theater. Circus creates issues you don't have to worry about with theater: like insurance, or fire permits. And not having a script. Or a stage manager.

This makes everything even more exciting than normal.

Insurance:
One of the most amazing, physically demanding circus arts is aerial rope. Due to some incredible luck, we've had a resurgence of aerial rope on campus, thanks largely to Terry Crane, who taught a Winter Term project on the skill. Terry is an alumnus and a professional rope artist. He teaches at SANCA when he's in Seattle and otherwise travels the world, often upside down. He was an environmental studies major. 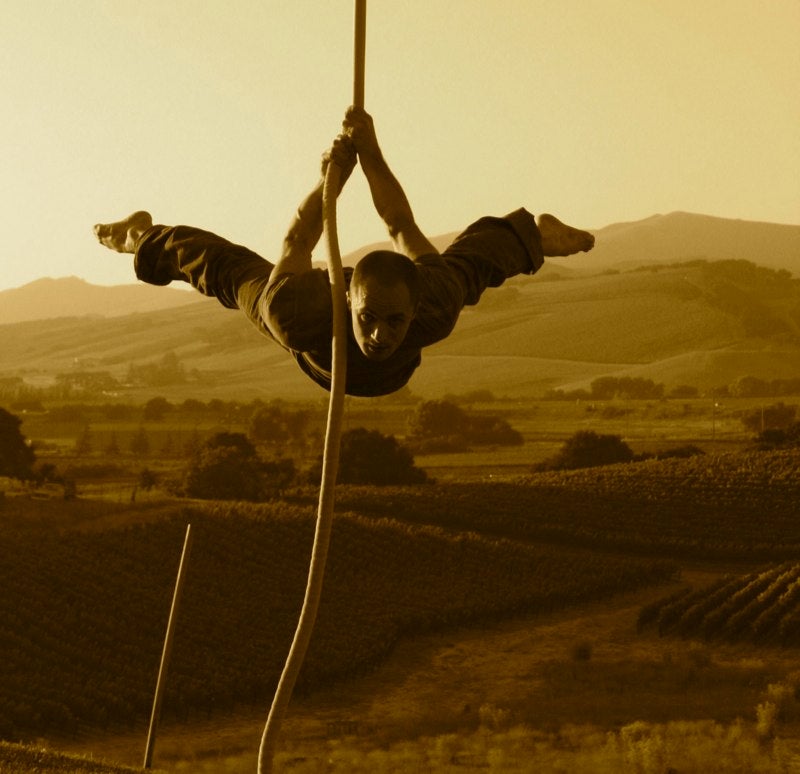 Because of the danger of tumbling on a cord, the college doesn't like aerials much at all. So it's a struggle to get insurance to do performances. Aerials also introduce new issues, like rigging. We need riggers, who are often expensive, far away, though the process of rigging is very, very simple.

Conversations with our rigger, Eric.
Carey: So when can you come by?
Eric: Well, whenever. But you guys can do it yourself. You know how.
Carey: Yeah, but ... the college... doesn't... insurance... can you come on Monday?

I'm so excited for the act. Carey is getting more and more ridiculous. Yoshi's strength increases day by day, along with his penchant to try whatever Zwoisy or Carey teaches him. Though Zwoisy has been busy this semester with school stuff, she's an amazing performer, as is Izzie.

- Fire
We've been battling this whole semester to have legal burns, despite the messy and illogical fire code. For fire performances, the code requires a fire extinguisher, rather than duvatine or dry towels. If you spray a performer with a fire extinguisher, you will give them terrible chemical burns. They will die or be disfigured. So we have the extinguisher there, but we would never use it.

Right now, we've been ok'd by the Oberlin Fire Department, but not Safety and Security.
Their reticence is understandable. College students with really flammable things? Bad. College students doing tricks with objects on fire, not doing routines, just... jamming? Very bad. Josh is on it, trying to get us legit. I trust Josh. 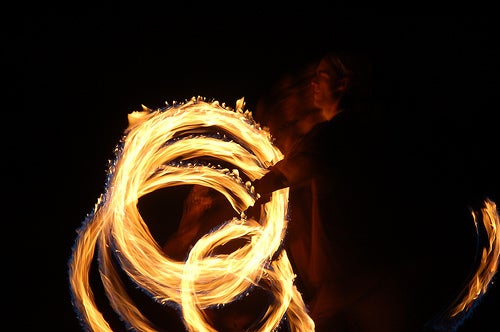 Jim aka "The Prometheus."

At the same time, it's safe and incredible. Each performer knows their tools and their limits. We stand far from the flames and our safeties are alert. Safeties are back-ups: folks holding wet towels/duvatine to put out any errant flames. Having done fire performance, I can safely say that it prevents you from being cocky, or bored. The moves you thought you knew feel very different when the props are heavier and, oh, on fire. When you practice afterward, you remember how fire feels.

As an audience member... fire makes it better. Fire creates a spectacle. In terms of the spinning, it also clarifies where planes are and how skilled the performer is. Performers have to be clean and controlled in their actions, in order to stay safe. 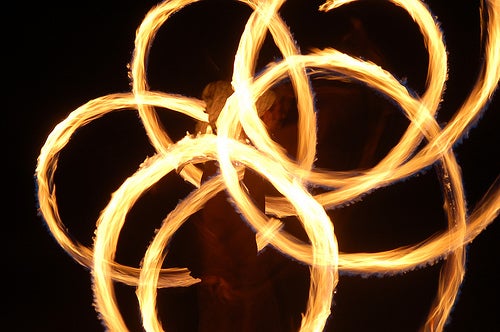 Fire: Not just for marshmallows and weenies anymore.

Script:
The show's theme is decided early on in spring semester (say, end of WT), with the rest of the semester as the time to create a narrative built around the acts. Given the necessity of giving acts autonomy in their own creation, we need a theme/plot that's very fluid, but still... existing. For a long time, we had a simplistic narrative arc like this:

Now, after much deliberation and invention of characters, we have: 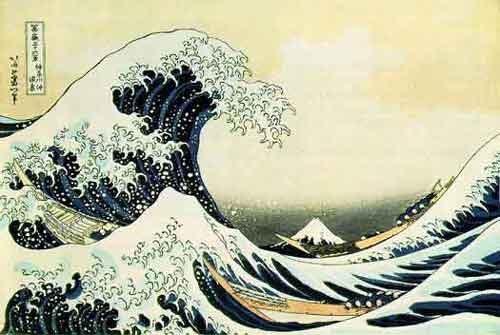 Most story ideas are made by committee, with an artistic direction team or with the actors. The theme itself is voted on, democratically, by the circus folks who want a say. The process is longer, but more inclusive. Inclusive is what we do.

Space
We don't really have it. The circus is big; it's held in Philips Gym, the only space were we could squeeze 500 people and still throw a great show. But storage... is in high demand. We gank most of our equipment from Theater and Dance, Oberlin Student Theater Association, and Student Technical Support (commonly: T&D, OSTA, STS. Oberlin <3 acronyms). We don't have real places to store/build/paint flats so we steal someone's house off-campus and use their basement/front lawn. Or the common room of a quad.

I spent the bulk of yesterday outside, moving things from Hall Auditorium, Warner, Wilder, Rachel's house, and Mike's quad to Philips Gym. We loaded flats, platforms, masonite, lights, dimmers, powertools, and props. Eric hung the rope. Ed got stands for the musicians. Today, we build.

Amanda, our TD/Personal Deity, has been phenomenal. She's painted, planned, and pulled together a gigantic project.

Yesterday, it was 80 degrees and sunny. To avoid sweating and paint stains, I wore a sports bra and a skirt. Result: my sunburns are epic. I've never been so aware of my Norwegian genes. It's mostly my lower back, so whenever I move my shoulder blades, I feel it. It's a nice tingling. 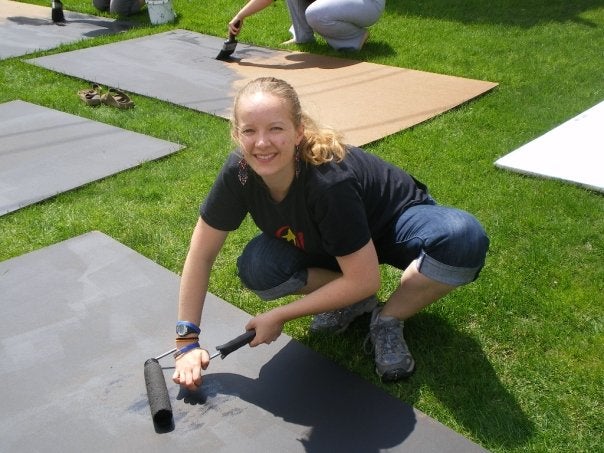 Catherine painting a flat last year. We ran out of paint, so we really had to squeeze the max out of each roller.