Winter Term is so great because it's flexible. It allows the more ambitious of us to spread out across the world, helping others. For many Oberlin students, it's also just a really nice break from the stress of the fall semester. As someone who hasn't necessarily found myself, or even found all of the details of the place I inhabit, I wanted to stick to the East Coast and sharpen my skills, especially regarding things I couldn't do in Oberlin. That involved exploring big cities, networking, and researching possible future careers.

I spent my first year in Boston. I wasn't sure what I wanted to do, but I eventually scored an internship with a small visual media company through Oberlin. The company was run by an Oberlin alum violinist, and a professional photographer. I discovered the Boston area, working at a studio in Cambridge and a house in Waltham. It was really important for me to have to rely on myself at that point in time, and I grew a lot because of it, but by the end of January I was itching to get back to Oberlin. I took this photo at the end of my first semester, the night before I left for home, because I couldn't sleep. My room was packed and empty. I guess this was the first time in my life that I felt out of place. Most students know the feeling of returning home after that first semester, and your room just doesn't feel like your own anymore. I'm not particularly happy with this photo, but I took it before I had any photographic training so I'll get over it. 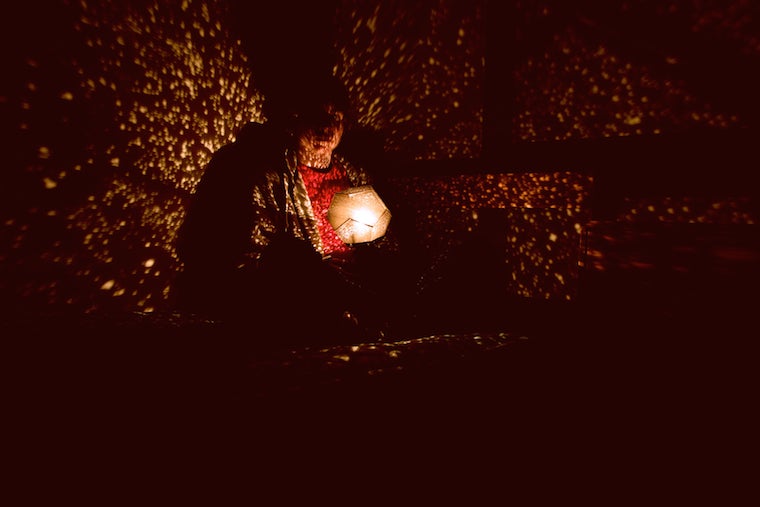 My second winter term was at home, in Connecticut, teaching my high school's jazz band. It involved a lot of one-on-one with kids, and it was definitely the first time I decided I enjoyed teaching. We repainted my room and moved around the furniture until it didn't feel like mine anymore. It still feels foreign to me, but that's okay. 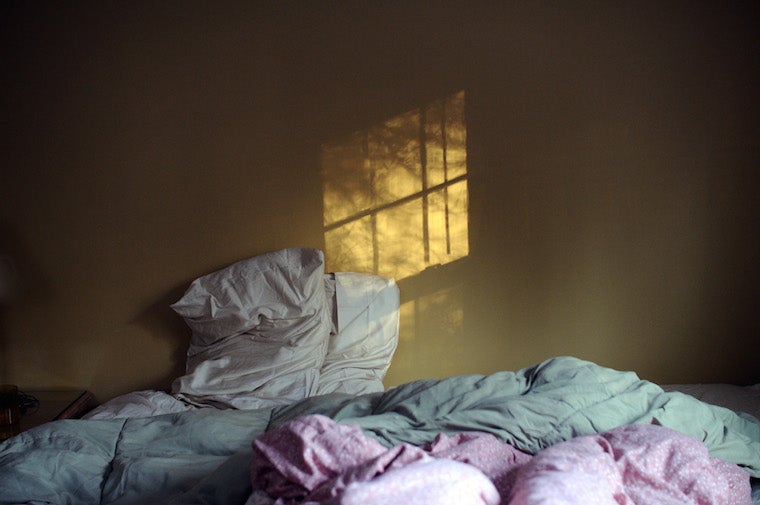 I really started to get into photography a bit heavier during my junior year. I got an internship with a well-known professional photographer in New York, and decided to see what the fuss was all about. Living in a big city scared me - when I was in Boston, I was in the suburbs - and I wanted to give it a try. I stayed at my friend's apartment for the month of January, taking care of her cat while she was away. I learned a lot from my boss and his assistant, got to travel around the city and make things happen: deposit money, drop off film, pick up prints, and order paper. I met a lot of other artists I never would have connected with, through my internship and through mutual friends. I tried out new food, met up with old friends, took subway lines to their end, and went to Staten Island for the first time.

More than the first two photos, I believe this one really stands as a motif for where I am in my life. Here's where I stayed in New York, see if you can spot my roommate (he's fluffy). 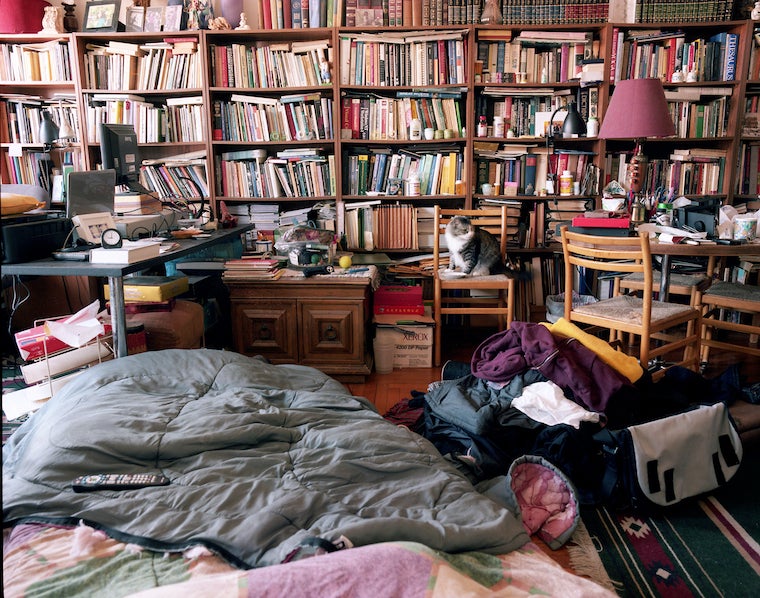 Well, after three years in the cold Northeast, I needed a change. I got credit for each of those winter terms, so without the pressure of having to do something educational or worthwhile (hah!), I...well... 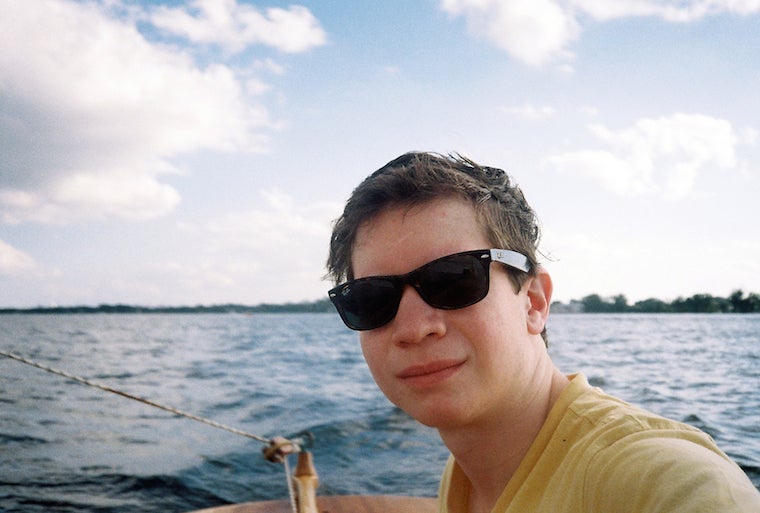 Yeah. I'm in Florida. Going to the beach, relaxing on the hammock, catching up on old TV shows.

To be fair, I've also learned how to drive a stick shift, learned how to solo sail (see above), explored the area by car and canoe, and transcribed some songs for my senior recital. The local community college was nice enough to let me practice on one of their pianos, so I've kept my technique up and learned some new tunes.

I took a photo of my bedroom to match the others, but I won't develop it until I'm back at Oberlin. So for now, three bed photos and one sailing photo.

Last semester was incredibly busy, and I'm planning on being as productive as possible next semester, so I'm enjoying a month of taking it easy. Just a couple more weeks before it's back to work.

My junior year winter term in New York (also doing photography, also taking me to Staten Island for the first time! Are we same person?!) was my most ridiculous winter term experience. I learned that I could never do NYC permanently, but it took winter term for me to realize that.

Freakin awesome photos. And I really like that first one!! Haha also we should go on another biking/photography adventure this semester, I just got a new lens and I wanna get more tips from you! :)