I took my banner photo on a tree that had had its branches hacked off over the summer. I'd call it a stump, but it was still tall enough to make me look ridiculous trying to get onto it. Anyway, I was walking around Tappan on my way to tutor at Eastwood, and all that's left now is a shallow depression where the roots used to be. I might even have the last photo of this tree before it got turned into mulch. I hope I don't butcher the Latin, but requiescat in pace.

Brief eulogies aside, today's was the best o-chem lab so far, mainly because it involved UV lights and Professor Nee's take on mutated spotting pipettes: "they always remind me of when the Wicked Witch of the East was crushed under the house, and how when you took her ruby slippers off her stockings curl up...but that's my problem." Unlike gen-chem lab with its pretty color changes, this lab usually uses white or colorless stuff... I mean, substances, if we're being scientific.

After the last lab session, I went back to my dorm and found a tiny hole in the sleeve of my jacket. I went to dinner, and found two more holes. (The first one was just getting bigger.) Over the remainder of the week, the jacket kept disintegrating. Must have been the three drops of 18M sulfuric acid I'd used in lab. Or, as my friend Leigh says, maybe it was the work of chipmunks. Very small ones, living between the fabric fibers.

For some reason it reminded me of a poem we discussed in CRWR 201, a line from David Berman's "Snow": "A room with the walls blasted to shreds and falling." 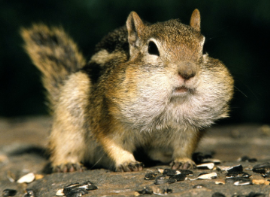 Having misplaced my cold resistance in Houston, I was greeted upon my return to campus by freezing rain (which I love) and sheets of yellow ginkgo leaves matting the grass outside Asia House. Not to mention some very sneaky piles of work. Before I had been back even a full day, I was already behind, and it didn't help that I was a little out of practice with buckling down to study.

Still, I love being back here, even sleep-deprived as I am. (This morning I must have been really, really tired because I woke up, sort of, and tried to convince my roommate that they had switched the white concrete walls of our room for wood paneling. I was sure I was perfectly lucid, and then later I remembered this conversation and almost groaned halfway through Linguistic Anthropology.)

For starters, study breaks make the studying worthwhile--- nerdy conversations about good sans serif fonts (Helvetica or Optima?), impromptu piano lessons involving the battle theme from the Pokemon video games, or late-night ramen parties. But I didn't know about these things before I showed up for orientation two semesters ago, having never visited Oberlin, so I've been trying to pin down the moment I realized what I was in for these four years. I mean that in a good way.

Yes, oddly enough, it's a screenshot from PRESTO, our grading/course registration site. Speaking of which, registration for spring semester is rolling around, and I spent an hour drooling over course offerings today.

Over the past year I've developed a method for course registration that involves not panicking about not getting into certain classes. There is, after all, a decent chance of a) getting in off the wait list or b) being smitten with a second- or third-choice class and declaring a second or third major because of it. Also, if you are anything like me, class size is inversely proportional to how on top of things you are for said class.

Not that this is at all germane to this entry (except that resident honeybees of the science center are out to steal my sandwiches, and congregate about them in a disturbingly possessive manner), but I was thinking along the same lines just the other day: 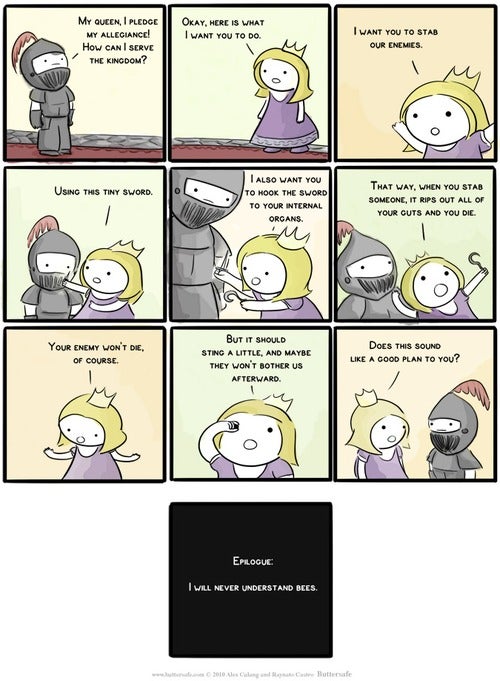