I’m not good at making decisions. I am that person who blocks the aisle in the grocery store for ten minutes trying to distinguish between five identical brands of ketchup. Asking me what movie to see or what restaurant to go to will launch a long and agonizingly complicated process. Even after I announce my decision, I’m often still making up my mind.

So, you know, picking a college was kind of a big deal. I applied Early Decision to Oberlin, and it was no big surprise to anyone. But I didn’t really "choose" Oberlin until I got here. And now it’s my pleasure to present, for the very first time, in stunning technicolor: the long and winding road that brought me to Obieland... 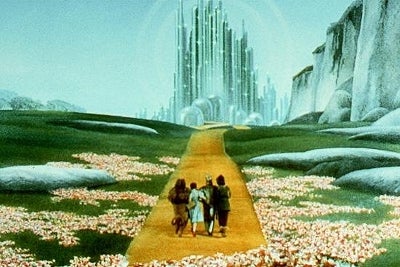 In eighth grade I discovered the wonderful world of college viewbooks. It’s not that middle school wasn’t a scintillating intellectual utopia, but the inky college course catalogs... the glossy images of students clustered on grassy quads, fervently discussing Foucault... Well, they were a lot more alluring than geometry worksheets.

And so my quest began. Just as Mr. Smith went to Washington, just as Harold and Kumar went to White Castle, so I, too, would fulfill my destiny by going to college.

I kept files with detailed notes about each school. While the written notes are hilarious in retrospect, the spreadsheets are the best. I collected all the usual stats, and then went a little farther. The number of languages offered, the number of library holdings per student... I could give a complete statistical breakdown of any of the schools on my list. I couldn’t actually imagine myself at any of them. But maybe if I crunched enough numbers, I could find a magic algorithm that would point me to the perfect school, and suddenly divine understanding would sweep down upon me! It was almost Pythagorean.

When you’re poring through endless books, catalogs, and mailings, trying to figure out what makes one school different from another, it’s easy to latch onto numbers. They’re clinical, objective, concrete. But the things that will actually define your life once you get to college... they just don’t fit into a spreadsheet. In the midst of this blur of numbers, my dad’s memories of Oberlin showed me another side of college life: learning to make granola in Fairchild Co-op, going to conservatory recitals, DJing for WOBC over Winter Term. I started to think about college as a real place where I would actually live — and the college in my head was a lot like Oberlin.

The spring of my junior year I visited seven or eight colleges — mostly small, quirky liberal arts schools like Oberlin. The routine was the same at every school: morning class, tour, lunch, info session, walk around observing random corners of campus. Then my family got back in the car to compare notes and find our hotel. The whole time, I was busy imagining. Was that the dorm where I’d live my freshman year? Was that the professor whose class would change my life? Would my friends and I hang out on the quad just like the students I saw?

I expected love at first sight — the One True College that would just feel right the instant I set foot on campus. So I kept an eye out for fireworks, lightning bolts, and other divine portents.

Oberlin was the last school I visited, and easily the most anticipated. It was also one of the few places where I stayed overnight, and I felt a little lost. My host was nice, but very, very different from me ... and I was pretty shy. Fortunately, I encountered lots of people who weren’t. They invited me to their performances, offered to swap comic books, fed me plantains and Cat cookies, talked to me about Herodotus and ghosts and the graffiti in the Mudd bathrooms. I caught a jazz show at the Cat in the Cream, Oberlin’s coffee house, then crammed into a lounge, along with half the residents of Barrows, to watch a presidential candidates’ debate. It wasn’t home. But folks seemed curious, passionate, open. I decided I could live there.

Bottom line, I liked most of the colleges I visited. There’s this dream that I had a lot back then where seven little Eli clones went to seven different colleges for four years, and then had a reunion. They turned out differently, but they all turned out pretty well. I still think I would have done just fine at any of the schools on my list, and it was something of a comfort to realize that. But it didn’t make it any easier to choose between them. 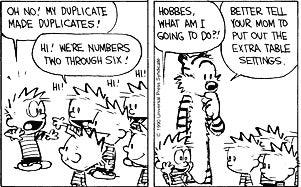 Phase 3: Think one fearless road can lead to Oberlin? So do we.

And then it was just me, at my desk, with a pile of college applications.

I sat and thought about all the colleges I’d visited. And the thing that jumped out about Oberlin was that I wanted to go back. Yes, I’d sat through a lecture and slept in a dorm. But there were so many things I hadn’t done! I hadn’t visited a co-op, hadn’t explored the museum, hadn’t eaten at the Feve. I imagined myself taking lessons in the Con, or doing something outrageous for Winter Term.

At the same time, I wasn’t sure if I had the guts. After all, Oberlin students were passionate and feisty: they taught their own classes, cooked meals for hundreds of people, traveled to other continents for Winter Term, got arrested trying to save the world. The more I thought about it, the more I worried that getting in was one thing; living up to the sheer awesomeness of the school was another. On the other hand, maybe it was a place where even a shy, geeky kind of kid could be awesome, too — a place that would push me — a place that I wouldn’t grow out of.

So I applied Early Decision. It was essentially a dare. I felt a little like I was diving off a cliff — but I desperately wanted to be at Oberlin.

After everything else I’ve written on this blog, I don’t think I need to say that Oberlin has become home. I’ve been here for two years, and every day I’m inspired and intimidated (in a good way) by the folks around me. And I still feel like I’m nowhere near done with this place. I don’t know what possessed me to come here, but I’m pretty darn glad I did.

I can't believe I'm tearing up reading your words, Eli, but on the other hand maybe I can - I've always been something of a drama queen.

I also applied early decision. Oberlin offered me the least aid, but I went anyhow. I didn't visit until after I was accepted, then fell head over heels in love.

There isn't a single day that goes by that I don't thank my lucky stars that my awesome high school guidance counselor, Mr. Murphy, said to me, "Oberlin College? Go. That place will nurture you in a way no other school in the country can."

It's always interesting to hear about how other people came to make Oberlin their home! Yay Eli!

I had spreadsheets too. Didn't overnight anywhere else, though I visited four other places. Applying ED was slightly scary, only because it meant I was really actually going to college omg, but it was right for me and I'm glad I did it. Yay!

How awesome to know that there's a second queer-oriented Eli Goldberg from Vermont who applied to university early decision...even if we're 17 years apart!

@Eli: That's so cool! Thanks for setting a precedent :)

What Happens After You Press Submit?

You’ve put in the work, but now comes what some argue is the hardest part — waiting.