As I've mentioned previously, I haven't managed to secure any traditional-type jobs this summer. Instead, I've been hiring myself out doing a mishmash of odd jobs: babysitting, gardening, cat-sitting, dog-walking, and teaching swimming lessons. I did much the same thing last year. Over the course of these two summers, I've accumulated some interesting and amusing anecdotes.

My family doesn't have a dog, and probably never will, unless we move to the country. My mom loved dogs growing up, but she grew up on a farm, where the dogs had lots of room to romp. She thinks bigger dogs don't really have enough room in suburbia, and she doesn't like little yappy dogs much. I prefer cats--they purr and they don't slobber. (I'm not sure where my dad and brother stand on the issue.)

This is all to explain that I haven't walked dogs much--short strolls with my dog-owning friends, perhaps, but that's all. Thus, when I began walking a dog as one of my summer jobs, I was a bit surprised to discover that, if you are out with a dog, people will randomly come up and talk with you.

I go for walks a lot, and I'll greet people who walk past me, but those conversations are pretty much limited to "Hi." "Good morning." "Nice day," and so forth. With a dog, people make comments. Children will say hi to the doggy; people waiting for the bus will ask what breed he is (besides that he's some kind of pointer, I'm actually not sure); joggers passing by will exclaim that he's beautiful.

The dog I walk looks a bit like this.

Other dog walkers are especially chatty. Besides the usual "Ah, he's friendly, he just wants to say hi" kinds of exchanges, you'll run into people who start talking about training or comparing breeds. I met a man yesterday who told me that his two little dogs were from a very ancient breed, the forerunners of Chihuahuas and Pekingese and others, bred down from Tibetan mastiffs by monks. They were meant to be alarm dogs who would start barking if anyone approached the monastery. The monks kept them secret for generations. His two have been over-trained, and he has to walk them four times a day or they will leave him little presents on the floor. (He even described their stool.) Then he told me that the dog I'm walking is probably an Irish setter, or at least part Irish setter, because he's so impetuous: "Setters are the court jesters of the dog world." It was interesting. He's clearly very into dogs, the way I'm into books.

A Tibetan spaniel--apparently of a long and noble lineage.

I don't mind any of this--I think it's kind of fun. I've learned a bit about dogs this way, certainly! I also find it interesting that having a dog is seen as a free pass to conversation. Now, how do I make it a social science experiment?

My own cat has done this to me once, and I haven't the foggiest idea why. That face, and the breath out--do I smell bad? Is it because I was walking a dog? It's mystifying.

I've been doing a fair amount of babysitting for one family in particular. They have three kids, two boys and a girl, and I've sat for them for several years now. Quite often, we play a game that originated the very first time I ever met them--when the boys were five and three and the girl was just a baby.

While she slept (somehow!), the boys were chasing each other around the house, yelling and laughing. I'm a pretty hands-on babysitter, but I didn't want to participate in this--it was just too rowdy and I didn't want to escalate it. I couldn't really get their attention to calm them down, either. There was no way of controlling this whirlwind of energy. So, thinking coolly and calmly, as any well-trained babysitter would do, I redirected it.

Actually, what I did was grab one of the kids as he went by, tickle him, and put him between two large couch cushions, then pretend to eat this "sandwich." He wiggled around wildly, laughing hysterically. When I eventually let him escape, his younger brother lay down on the cushion and demanded "now me!"

We re-played this scenario many times, both that day and the following times I came to babysit. Sometimes the boys would help each other get away; sometimes one would help me trap the other. I knew they enjoyed it, but I hadn't realized quite how much until one day I came over and their father asked them, "Do you remember who this is?"

The younger brother, running up, saw me and instantly blurted out, "Sandwich!"

Part of my duties included feeding live crickets to frogs. I'd done something similar before, with a gecko, and knew the drill: you scoop a cricket or two out of the cricket cage, put it in a small container--such as an empty yogurt cup--containing chalky white calcium powder, shake it up, and tap the freshly-dusted cricket into the other cage to become a nutritious dinner. Then, to assuage your guilt, you either flee the room before the gecko begins to dine, or donate your earnings to the Jiminy Cricket Escaped Insect Rehabilitation and Therapy Center in Utah. (So far as I know, this does not actually exist.)

Anyway, when I explained I knew how to dust crickets, my employers didn't bother demonstrating it, merely assured me they'd leave the calcium powder beside the cricket cage when they left. When I showed up on the first day, I didn't see any bottle of calcium powder by the cricket cage. There was, however, an unlabeled ziplock bag containing a white, chalky powder sitting by the frogs' cage. Lying a bit behind it was a rubber band, a booklet about ant farms, and a lot of dust. It looked promising, but I kept looking for something more clearly marked, just in case. After a few minutes of searching the surrounding area, I hadn't found anything. Accordingly, I scooped, dusted, and released the powdered crickets into the cage. 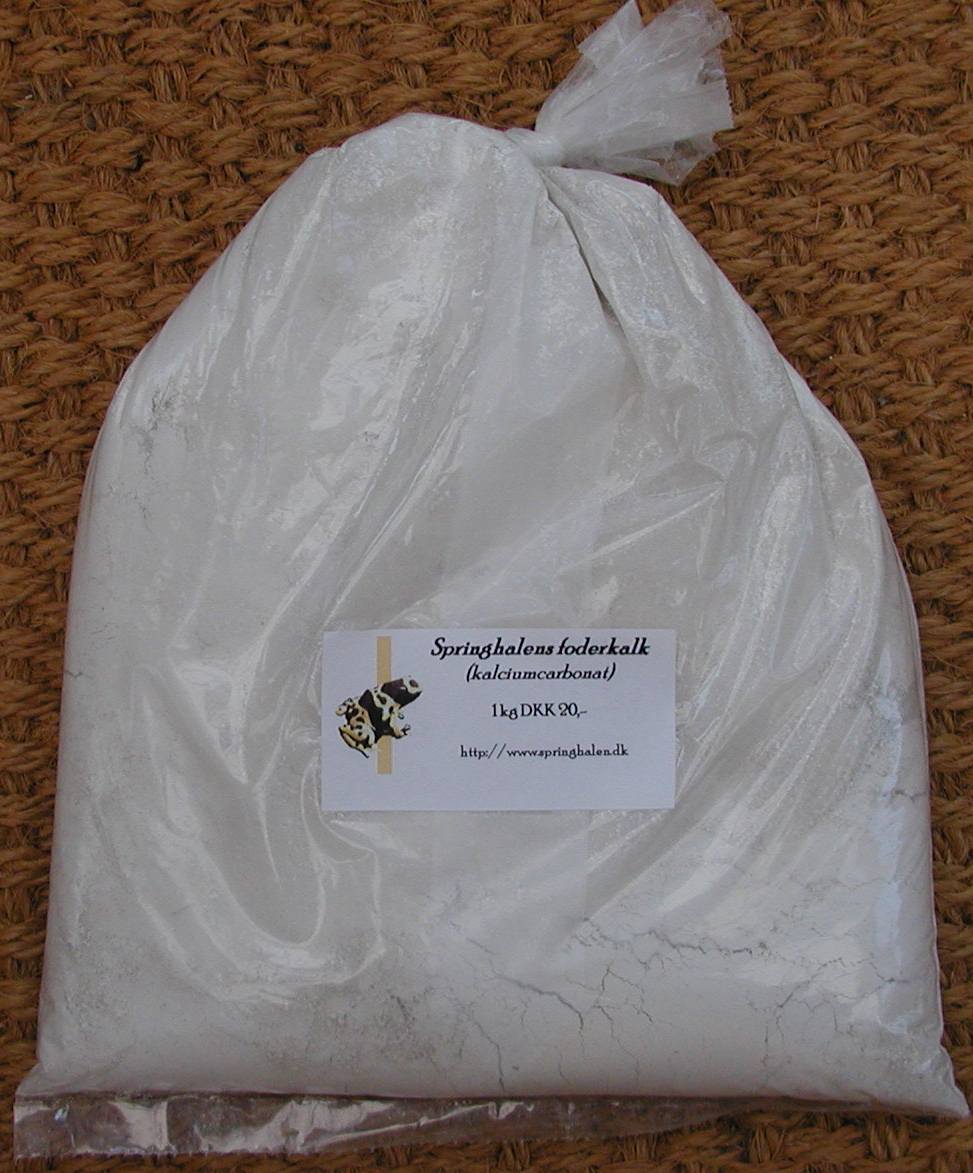 A bag of calcium powder, apparently labeled in German (?).

When I came back the next day, I checked on the frogs. The crickets were gone. Before I fed the frogs again, I decided to begin my cleaning. The cricket and frog cages were in a glass-fronted cabinet with three sections and many shelves. I moved them and the bag of powder out and began dusting. Before long, I was dusting the other sections. In one of them, pressed up right against the wall so that you couldn't see it and wouldn't know it was there if you weren't trying to dust the corners and edges, was an old, disused ant farm. But one thing about it caught my eye. 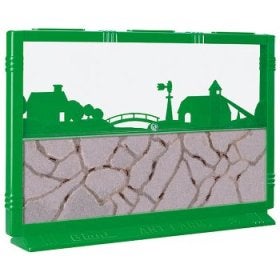 Instead of dirt or sand for the ants to tunnel through, this ant farm had white, chalky powder.

Seized by a horrible suspicion, I grabbed the bag of stuff I'd dunked the crickets in the day before and held it up beside the ant farm. Alas, it appeared to be the same substance. Furthermore, the booklet I'd found earlier had construction diagrams that precisely matched the finished ant farm in my hand.

I realized that I had found what remained of an experiment with one type of low-maintenance pet. Unfortunately, I had used it to feed another.

Seeing no other way out, I called the dad's cell phone number and confessed that I had accidentally fed their frogs crickets dusted in ant farm dirt.

There was a pause. Then, to my relief, he began laughing. He assured me that I had done nothing wrong and that he was sure the frogs would be fine. After telling me where the real calcium powder was, he hung up, still chuckling.

When I finished dusting, I put the booklet and extra dirt next to the ant farm. 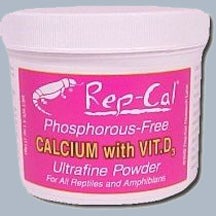 All photos found via Google images.

The sandwich story is the cutest thing EVER.

Also, I recently learned that if my toes are exposed near cats (sandals or barefoot), they will lick them. This has been proven 5 times in the last two months. I think cats have very weird taste buds/olfactory glands.

The open-mouthed, semi-panting kitty smell response is something that cats do to get air running past their vomeronasal organ. And the internet just told me that the technical term for that face is "flehmen".Cats are supposed to do it when they run into something especially interesting and cat pheromone-ey, but I mostly see it after they smell my shoes or jackets.