Wikipedia gives a few instances of synchronicity that sound much rarer than the examples I will give, but that sense of connection and relevance stands. Case in point, last year I went back to my dorm after an intro NSCI lecture about the DSM-IV and how Schumann was a prime example of bipolar disorder. In his manic states, he was prolific in his composing, but virtually creatively paralyzed in his depressive states. If he had had access to lithium, it's interesting to wonder whether we would remember his music at all, or whether it would have faded into obscurity along with his manic states. Anyway, as it happened my roommate was studying Schumann at the same time, albeit from a Conservatory angle. I remember thinking at the time that it was exhilarating to see, in the overlap, a brief glimpse of how all these schools of knowledge tie together and what each brought to the table.

I also remember, last semester, tutoring a group of second graders on a worksheet about bees, bee hierarchy, and waggle dances. All of this seemed to be common knowledge to my tutees, which made me wonder how much I'd learned and forgotten over the course of the last two decades. Anyway, a few lectures later, we glossed over the same subject in organismal biology, and I was again elated for no good reason. 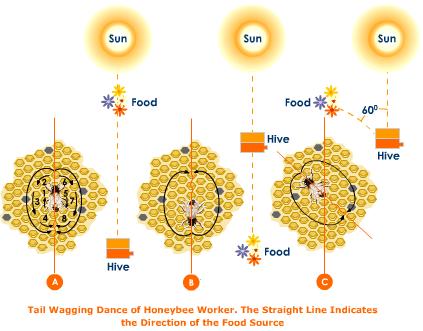 And then this semester, when we were learning the Korean hangul in ExCo class, I could not understand why the plain and aspirated consonants sounded exactly the same to me. At present, I can tell the versions apart only if they are spoken very slowly and deliberately. In any case, it was kind of distressing to think that I had lost the ability to hear certain sounds because they hadn't been circulating around me as a kid. A day later, in linguistic anthropology, the discussion centered around the concept that speakers of a given language lose sensitivity to different sounds if they are allophones (nonequivalent sound, but equivalent meaning in a given language). Somehow that was comforting - the distinction between not being able to hear sounds at all, versus not having been trained to pick up on them. The latter seems like less of a lost cause.

I love when these crossovers happen. Maybe it's the reassurance that the things we're learning are widely applicable, or the awareness of the value of the knowledge bought and paid for with each sleepless night and dried-out highlighter. 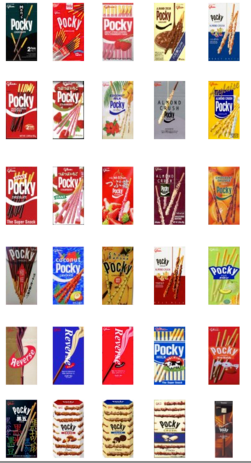 Gratuitous picture, yes, but in my defense it adds color to the post. Plus, two days ago it was Korean Valentine's Day, so happy belated 빼빼로 day!

After the anthropology lecture, pronouncing hangul became, for some reason, less stressful. This ExCo is, in fact, the least stressful class I'm taking, and yet I'm learning a lot. It's not as fast-paced as a professor-taught language course, but at the same time it's much more chill. On Thursday, language lab day, we refined our command of the Sino-Korean counting system by playing drinking games (with apple juice!). One of them involved putting up x number of fingers but saying a different number than you show - a riff on the BrainAge color task in which you have to say the font color and not the actual word that's written. I cannot believe how hard it was.

Now that we're making headway into second module, my Korean vocabulary is expanding like a ripple in very thick mud, but expanding nevertheless. I should mention that this is due to my not taking time to memorize the words, and not because of the instructors, both of whom are awesome! I can introduce myself, count to one hundred (maybe?), and ask for a variety of objects (technically, I'm limited to "do you have a [pen]?" which would not be useful if the other person were being a jerk: "I do own a [pen]"). Most of the verbs I know involve either 1) eating, being hungry, being full or 2) studying, reading, listening. Korean is such a beautiful language, though; there's an elasticity to the syllables that adds a sort of vitality to the cadences of the language.

Since the country of the month is Korea for November/December, Asia House had a ramen night yesterday; we watched My Sassy Girl and consumed insane amounts of ramen, popcorn, and CapriSun. The movie is another example of the Asian drama fixation with Pachelbel Kanon, which is not to say I didn't enjoy it. I just enjoyed it for different reasons than I would, say, House.

YAY for Korean ExCo! And I love My Sassy Girl.

Hi! Interesting post -- I like the idea of overlapping/interdisciplinary education and how what we learn for one thing can be applied to various other things. It's a satisfying feeling when we realise that.

I'm glad your Korean vocabulary is expanding. ^__^ Just a note, though: 빼빼로 day isn't actually Korean Valentine's Day. Rather, it's more of a variation on it, and it was basically established because 11.11 looks like Pocky sticks. I think Koreans made it a special day just for kicks, which seems to happen often. Valentine's Day is the same: Feb. 14th, but it's usually the girls who give the gifts to guys; and there's White Day on March 14th, when it's the guys who give gifts to girls...And then a month later is Black Day, which they made for all the singles who couldn't celebrate the previous two, and we get to eat 짜장면, which is yummy regardless of the date.

See? They cover all their bases. Anyways, this is getting really long, so I'll stop here.