I was writing this post from the sky, on my way back to the United States after an incredible trip to Puerto Vallarta, Mexico! One privilege I believe we have as Oberlin students are the many breaks that the school offers us: fall break, winter break, and spring break. Most schools, if they have a fall break – or even a spring break – only get a day or two off. At Oberlin, both the fall and spring breaks last an entire week. I believe this break is essential to our productivity as students. I’ve done something different and memorable during each break. During my first fall break, I went home to visit family and friends. During my first spring break, I actually stayed in Oberlin to practice for my upcoming organ audition.

The one nice thing about staying in Oberlin for break is that many churches in the area offer free lunches and dinners for the students on campus. Breaks in Oberlin are generally pretty empty so if you decide to stay, you get some time and space to yourself. During my sophomore fall break, I went on a trip with the outings club which was particularly memorable and an incredible experience for me. That spring break, I went home to visit family and see a concert in Chicago, which was also very memorable. During my junior fall break, I took a road trip and had an incredible time visiting a graduate friend in Baltimore. As I’ve grown up, I’ve become braver about travelling, being independent, taking risks and putting myself in a position of responsibility and autonomy. This spring break, my best friend and I decided to take a solo trip to Mexico. It is one of the best decisions I’ve made.

I was a little anxious at first: I have a recital at the end of April, a benefit concert I’m organizing, and so much more to do. I was very stressed a couple of weeks ago, preparing for LaunchU and for everything else I needed to accomplish. Leaving the country seemed like the worst idea possible, as I was only being handed even more responsibilities. Maybe I will be stressed when I get off the plane. Maybe this next week will be insane… but I am not going to regret this trip!

My friend and I managed to get amazingly affordable flights; about a month ago, we booked a hotel, but within the last month we had no time to plan, no time to learn Spanish, and didn’t have anything mapped out. On Friday we arrived at the airport in Puerto Vallarta and found out that despite calling my friend’s bank earlier that day, her debit card was shut down and we weren’t able to get any pesos. After 4 hours of trying to find someone who spoke English, making international calls to the bank, being put on hold for 30 minutes at a time, and many eye-roll worthy conversations, we finally escaped the airport with enough pesos to get us up and running.

It was a little frightening at first to be arriving in a city without plans or the ability to effectively communicate. But we planned it as we went, day by day, and we basically hit everything on the “Top 25 things to do in Puerto Vallarta” list. We spent the first day walking down the beautiful Malecon Street next to the ocean, relaxing on the beach, and exploring the city. During the second day, we visited some small beach towns: Mismaloya, Boca de Tamatlan, and Las Animas, which was only accessible by water taxi. We also visited the zoo and explored the mountainside.

During our third day, we went up the La Cruz Lookout to get a full view of the city, explored the Zona Romantica and some markets, spent some more time on the beach, and went parasailing! On our fourth day, we visited Marina Vallarta, got a massage, and did some much needed shopping. During the fifth day, we took a bus to Punta de Mita and visited the area’s #1 attraction: Los Marietas Islands. 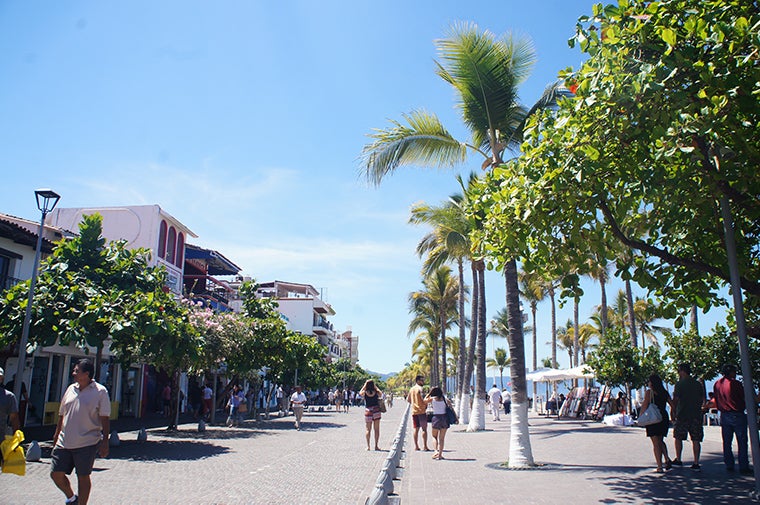 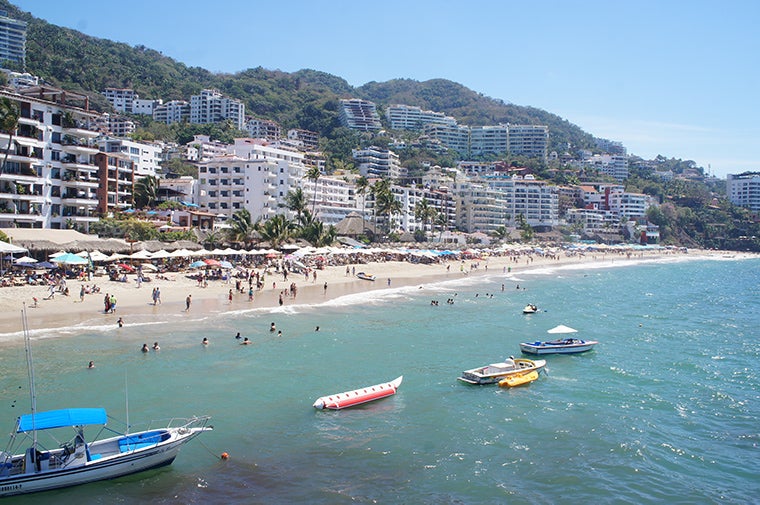 Some things I loved about this trip:

Take advantage of your spring break! Save your money, and do something you don't normally do – you won’t regret it. I sure didn’t. Not every school gets a full week off every semester. It was truly the best spring break I've ever had.