I came to realize that I have yet to address anything academically related in 6 blogs. Better late than never, right? Come to think of it, this entry might not even seem academic at first. After all, silkscreening? When I tell people that it's one of my classes, I am often asked whether or not it's an ExCo. That usually results in a big sigh.

The fact is, silkscreening is hard. It's messy. It also gives you a pretty good forearm workout when you're frantically printing 40+ posters. Other than the actual printing process, silkscreening requires a good deal of waiting for things to dry and for chemicals to cure. But above all else, silkscreening can be really fun and incredibly rewarding.

I hope that wasn't too confusing. Onto that explanation of what silkscreening is. I have decided to consult the brilliant thing-explainers of Wikipedia, since they are much better than I am at explaining things:

Silkscreening is a printing technique that uses a woven mesh to support an ink-blocking stencil. The attached stencil forms open areas of mesh that transfer ink as a sharp-edged image onto a substrate. A roller or squeegee is moved across the screen stencil, forcing or pumping ink past the threads of the woven mesh in the open areas.

"Huh?" Yeah. I understand. Like I said earlier, explaining it is easier said than done...er, done than said. To fix this problem, here are some pictures. I know that people like pictures. I like them too: 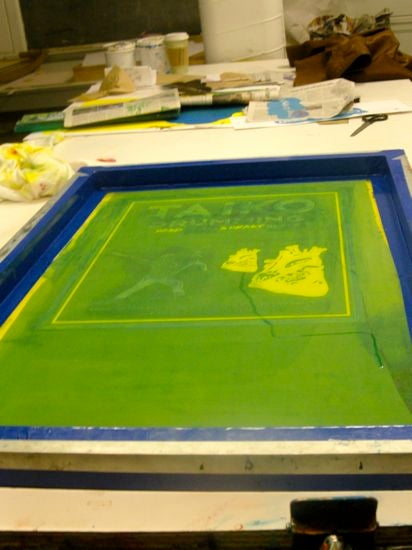 By some crazy process involving photo emulsions and light exposure, you end up with a screen that looks like this. The yellow areas are places where ink can be passed through while the green areas are sections that are blocked off to prevent ink from passing through. There are tons of other techniques that one can use to block off particular areas, such as using paper cutouts, drawing fluids, and cut-film. Once your screen is coated properly, the next step would be to... 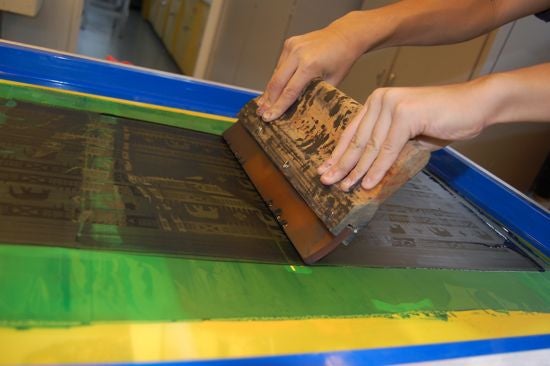 By squeegee-ing ink across your screen, the ink is forced through the areas of the screen that are not covered or emulsed. If all goes well, a print is made. If something goes horribly wrong, a mess is made.

This past weekend, I spent close to 14 hours in the silkscreening studio working on a poster for the Taiko Drumming ExCo's final performance. My Saturday night included 7 hours of printing, helping friends print, and eating Agavé burritos. 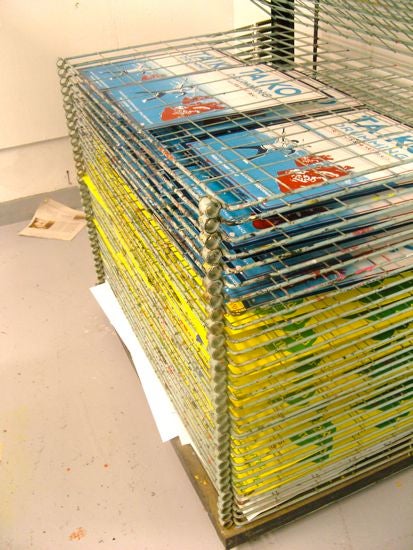 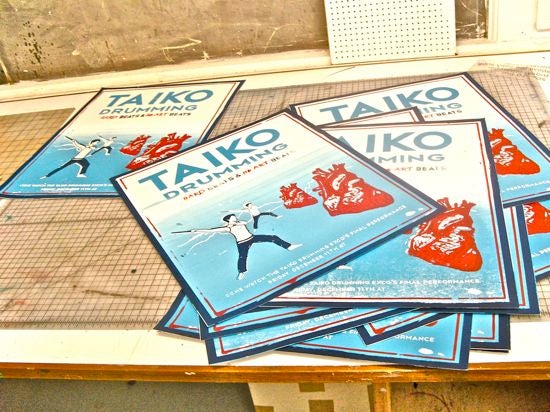 My poster printing experience was far from smooth. I ran into tons of complications with creating a proper blend, accurately registering colors, and keeping my cool. Consequently, I have had a pretty stressful weekend. I ended up with about 15 legible, decent to good-looking posters while the other 25 were an utter mess. Luckily, a few of them came out pretty well and I was overall pleased with the handful of successes. 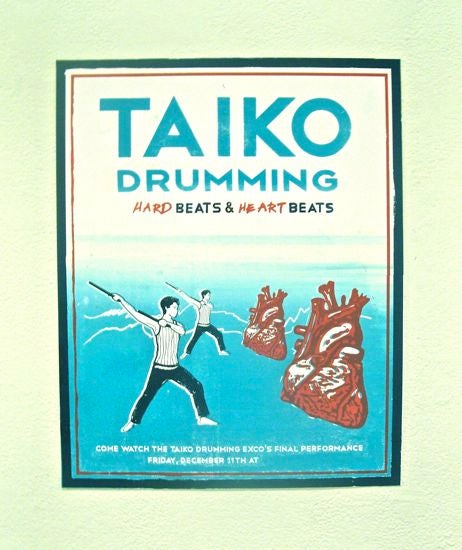 Bad critiques can single-handedly ruin my mood, but a good critique is enough to make my week. After our last critique, I think everyone in the class was pretty worried about this project. John Pearson can be scary at times, but it's because he is serious about the work and truly cares about his students. Like many professors here at Oberlin, Pearson is fantastic. If anything, his intimidation factor is a heavy motivator.

The happy ending to the story: My critique went very well. Otherwise, I wouldn't be writing an entry about it, right? Right. Despite the troubles that I encountered, the experience left me encouraged and motivated for future endeavors.

As a matter of fact, there were tons of fantastic posters produced by my classmates. Here's a sample of some of them. I wish I could have taken pictures of all of them, but I did not get the chance to snag pictures of them after the critique. 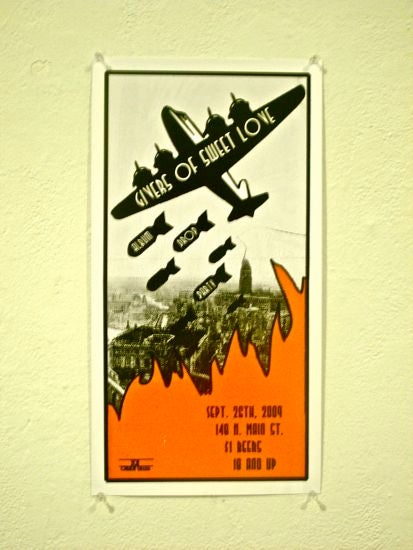 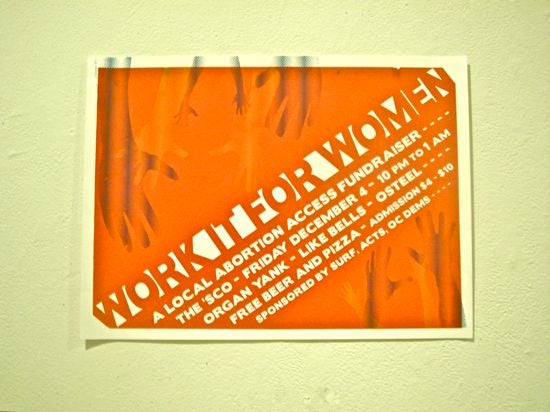 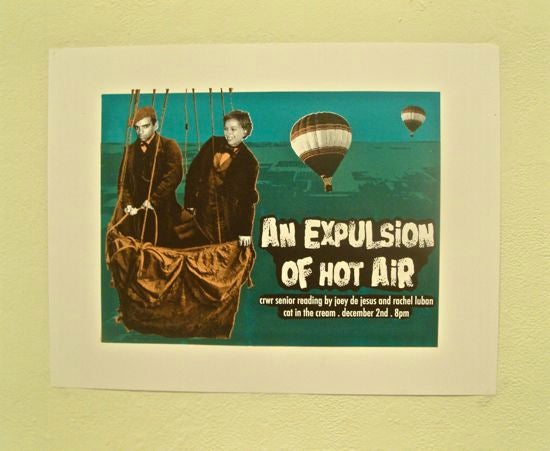 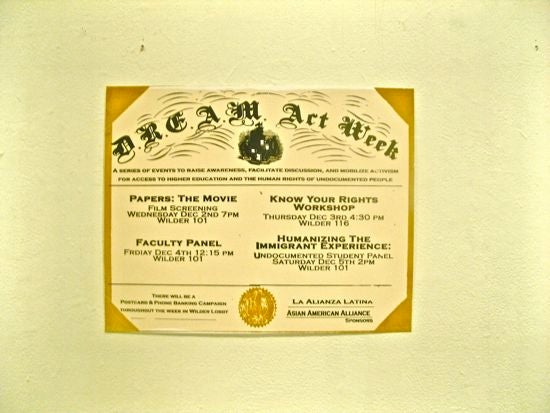 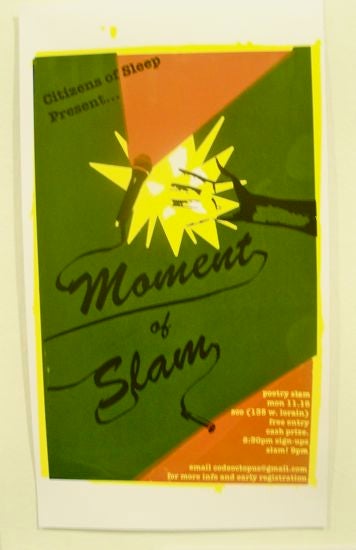 Look to see these awesome prints around campus sometime within the next month!

Oh man! I'm in the Taiko ExCo! Seeing the evolution of the poster is so exciting! Thank you :)

Dear Karl,
You are a great blogger. Now, how the hell did you get into silk screening as a first year?
xoxo,
Alumnae

That was great! I want you to make me a poster now

- Lillie
They actually set aside ~3 seats for first-years in my class. Lucky lucky me!