We left Tucson at 7 a.m. and an hour later made a quick stop for gas at the aptly named Border Mart just north of the wall. It was just one of the many businesses around that worked the border into its name. 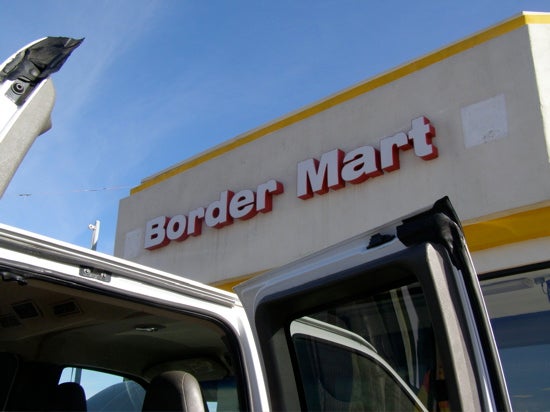 We then stopped just on the other side at a trailer set up by the organization No More Deaths to give food, clothing and helpful information to repatriated migrants. Some background: There are three official border crossing stations in Nogales, and out of sheer cruelty the Border Patrol has been deporting busloads of people at the station farthest from the center of town, where are no hotels, restaurants, hospitals or easy transportation. Most people deported aren't from Nogales and don't know their way around, or how to find somewhere to stay. The No More Deaths trailer is stationed to strategically intercept and help these disoriented, often physically hurt, people. We dropped off some food donations, talked to the volunteers and continued on our way.

The next stop was an unassuming cinderblock structure by the side of the road, which we found to house the most infamous of Latin American folk saints: Santa Muerte, or Saint Death. 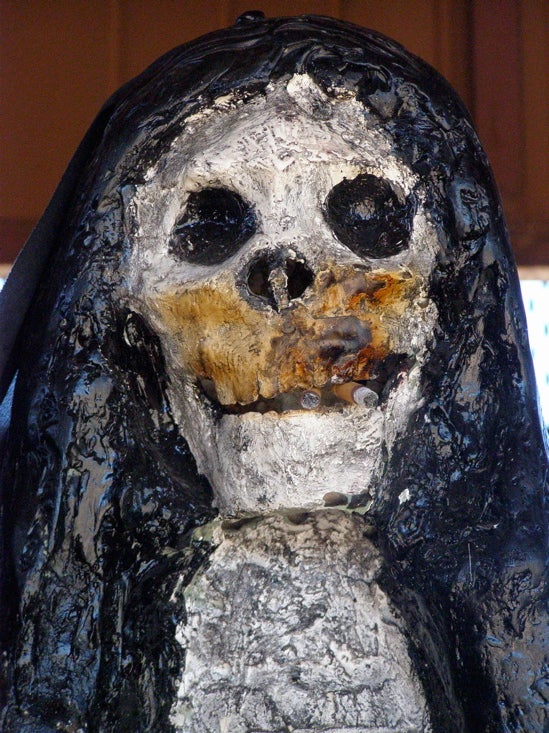 I saw a documentary about her following at the LA Film Festival a few years ago, which explained that people turned to her out of desperation, or when they thought other saints wouldn't accept their prayers because of sins in the past. Santa Muerte, they say, accepts everyone--abuelitas and narcos alike. Common offerings include shots of tequila, black candles, and cigarettes.

Not long after, we arrived in Altar--a stop for everyone going north to meet up with their coyote and prepare for the journey. Walking around the main plaza, it was obvious that the entire economy of the town centered around migration. Every store we passed was filled with backpacks, jackets, shoes, socks, gloves, toothbrushes, deodorant...everything a migrant would need during their hot days and cold nights in the desert. 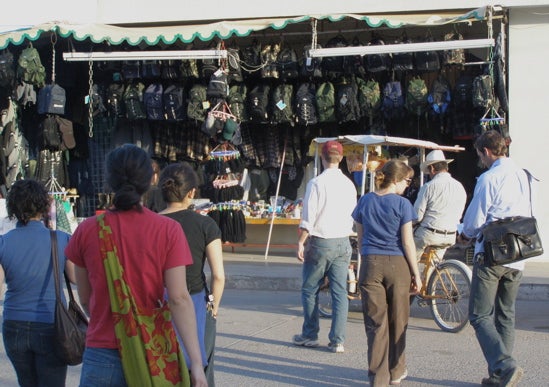 We went into a local grocery store, and found that it too had a specific client in mind. Aisle upon aisle had water, electrolyte drinks, canned food and energy boosters. I've heard that some coyotes force their group to drink Red Bull so they'll walk farther faster. We talked to several people out in the plaza and in line at the grocery store, and though many were scared for the journey--where anything from a snake to an aggressive Border Patrol agent to their own coyote could do them harm--they said they were driven to cross so that their kids could stay in school or simply eat. Some were hopeful that the U.S. would change its policies, saying, "The new president is the son of an immigrant! He should understand!" But one man shook his head and asked me, "They're never going to tear down that wall, are they?"

We left the plaza and walked to the Catholic migrant shelter where we would spend the night. It was the one place in town where a migrant could stay with dignity--real beds, good food, extra clothes and medicine, all for free. It had several art pieces up in the dining room, including this cross made of migrant death reports. The majority listed the cause of death as either dehydration or hyperthermia. 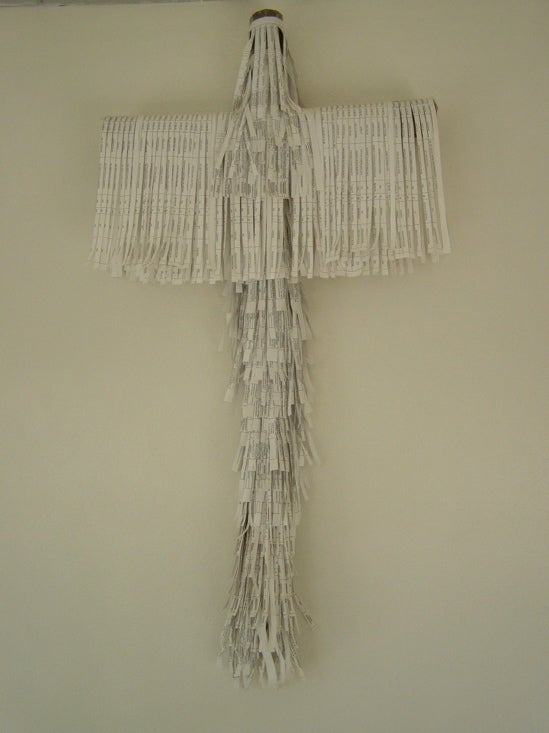 Though over 1,000 pass through Altar every day, only about 16 migrants showed up for dinner and even less stayed the night. The problem is, many coyotes tell their group that they have to pay to stay at a certain guest house (usually owned by a friend or family member). We visited one and the conditions were awful: 40 pesos a day buys you a board on the floor. The rooms looked like concentration camp barracks. A woman I talked to there said her coyote hadn't told her when he would come for her, keeping her trapped in the house for days spending all her money, afraid to leave in case he departed without her. Apparently, the coyotes also tell their groups lies about the shelter, saying that they force you to pray if you go there, or that they make you clean the toilets. Knowledge is power, and migrants coming from Southern Mexico and Central America have little of both.

We left Altar the next day, and drove along the bumpy dirt road that carries so many to the border. On the way, we passed vans the exact same size as ours, but with three times the amount of people crammed in. Coyotes like to economize.

We had lunch at the border itself, and I sat for a while on a 100-year-old border marker that was put there back when you had to tell people where exactly the border was. It was a dry, ugly no-man's land, filled with garbage and cow pies, strewn with bullet shells from god knows what. 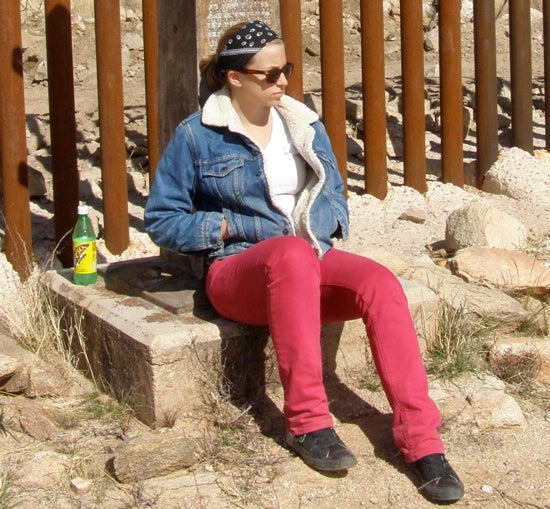 We crossed, and continued for several miles up the road. We then pulled over and found in the dry riverbeds evidence of those who had made it. 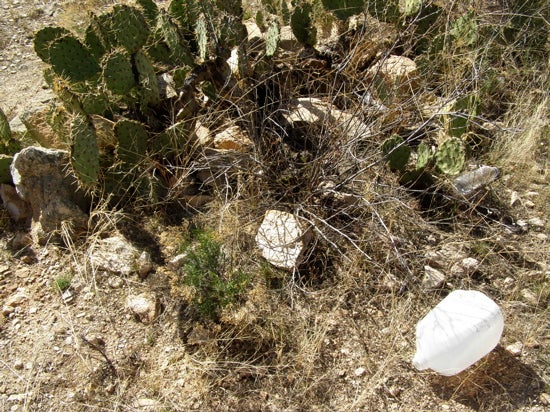 Hi Alice,
Your study abroad program sounds really interesting! How long are you there, and are you taking classes at U of Arizona? I read that you're in a group of 6 - are there professors specifically for your group? Thanks!

Hey Sofia,
Yes, all of our professors are just for us! It´s amazing to have classes with only six people, because we all get to ask tons of questions and bond together. Two of our professors work just for the Border Studies program, and one is a U of A professor. They are all fun and brilliant. I encourage you to apply for the program!