There comes a weekend in April that you don't necessarily know how it exists. Namely, there is so much packed into a 72 hour period that you need something akin to a Time-Turner (from Harry Potter, lest you forget) to process everything.

I wrote the weekly assignment email to my photographers on Friday afternoon. It was a sprawling epic of an email, one might consider it a short story due to its length. There was so much happening this weekend.

How does this happen, you might ask. Why does it happen every year? Is it possible in the fall? Well, yes, Parents Weekend is a clusterf**k of activities that makes one's head spin, but rarely are the activities multiple-day regional events that bring in professionals. The main reason it happens every April is the belief that there will be sun. And we Oberliners really love sun. Also, due to the sheer amount of planning time available for spring events, they tend to be huge, heavily focused on student interests and community involvement.

Remember the magical combination of shows for the Oberlin theater club? That's how you make your way through this weekend.

For me, this auspicious evening was:

- The 10th Annual Dandelion Romp, a massive contra dancing weekend for college and community dancers alike. There are workshops during the day and contra dances late into the night. Hales Gymnasium is strung with paper flowers and filled with swinging skirts and rollicking music.

- in a room. we are here., an installation in Warner. Hannah Verrill is in my Advanced Media Production class, which was culminating in her senior project, a combination of live dance, projected 16mm film and handheld video, mixed media works in fishtanks, and personal exploration by the audience throughout Warner gymnasium. It was a study of exteriors in an interior space. It was awe-inspiring.

- Swing dancing. I stumbled into Peters briefly with a friend, to find a few couples cutting the non-existent rug in Peters main hall, but was quickly drawn outside by live music in the bandstand in Tappan Square.

- Relay for Life, an all-day, all-night set of events revolving around fundraising for cancer research. This year, the weather was nice enough to have the event outside, with luminarias lining the paths in Tappan Square late into the night.

- Improv Til You're Dead, the culminating event of the Oberlin College Improv Conference. Student improv groups from all over the country do back to back to back to back improv, until everyone has performed, even if it's too late to function, or to be funny. I stuck around for two troupes, one of them Oberlin's own Sunshine Scouts.

- Willy Wonka and the Harkness party, a sweet drenched party at my co-op with brightly colored clothing, candy trees, and lots of live music. I did a touch of midnight crew while listening to the Dirty Rascals Brass Band blaring big band music throughout the dining room. As soon as the party was over, the band moved outside, and even after they dissipated, people milled around. It was a beautiful night to be outside. It seemed like the whole campus was buzzing.

- Reefer Madness! I saw it on Friday night, so I can't fit it into my crazy long list of April 18th. It was mad fun. I love musicals, and Oberlin doesn't do near enough of them. The production ran at 8pm and 11pm on Friday and Saturday, causing a marathon of song and dance for the cast, but allowed us event-hoppers to fit the show into our packed weekend schedule.

- Late night blues dancing. It was following the swing dance in Peters, but at a different location. I was all danced out at that point.

It is to be mentioned that all these things happened between the hours of 9pm and 1am. I was busy in the Harkness kitchen all afternoon working with Eliza, the two Jamies (Lady and Sir Jamie, as I like to call them, and to make things more confusing, they're dating too), and Daniel preparing a delectable Japanese special meal.

Daniel and I spent three hours after the 8pm Reefer Madness show preparing vegetables, and I spent the first two hours in the kitchen on Saturday finishing green onions and avocados before rolling 50 rolls of sushi for the co-op and invited guests. We also served miso soup, cold soba noodle salad, okonomiyaki (a Japanese pancake studded with chunks of tofu and vegetables smothered in a tomato based or mayonnaise based sauce, depending on your taste) and an attempt at homemade mochi (a rice flour cake, but our version was essentially ooblek, which I remember fondly from my childhood).

After eating the fruits and vegetables of our labors, I promptly fell asleep for two hours, and then started my evening of event hopping.

Proof of my craziness is enclosed below:

Dandelion Romp (You can see Aries in that first image!) 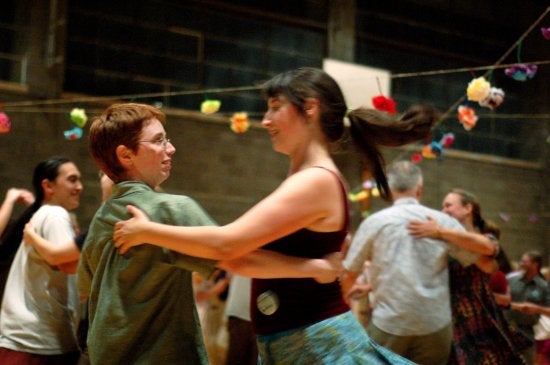 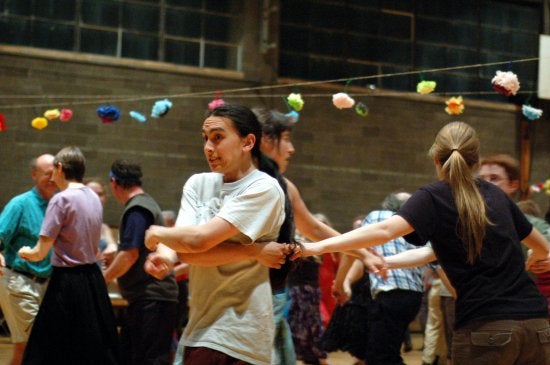 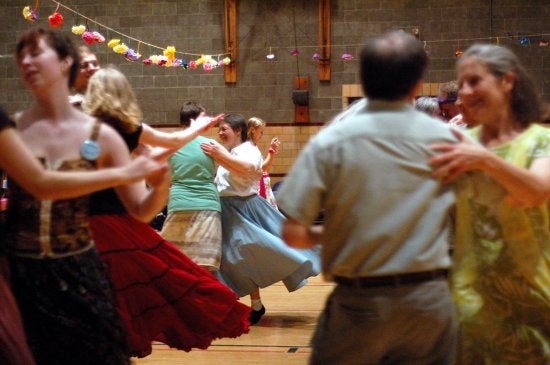 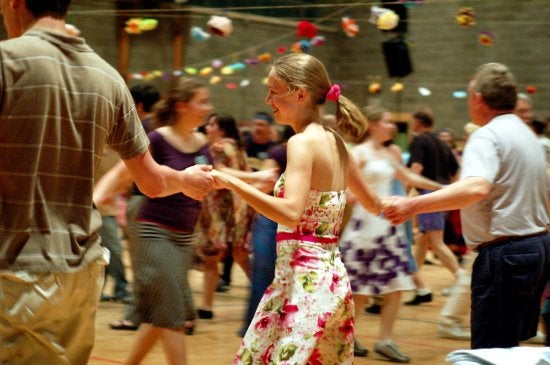 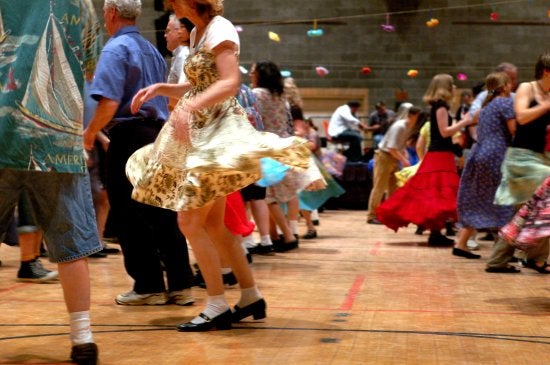 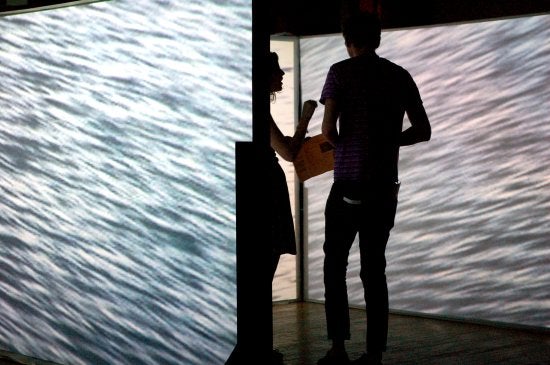 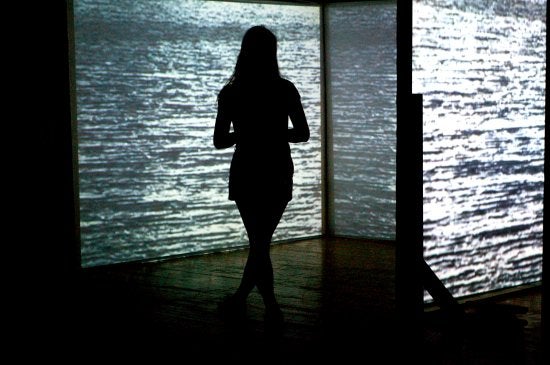 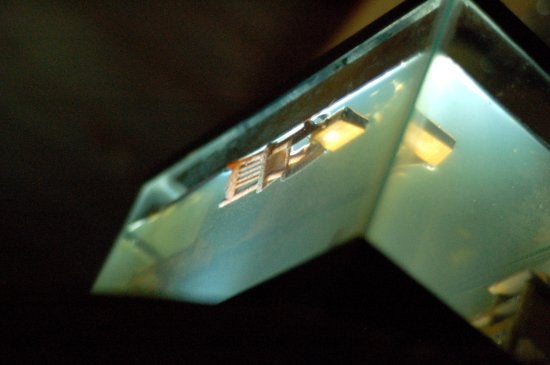 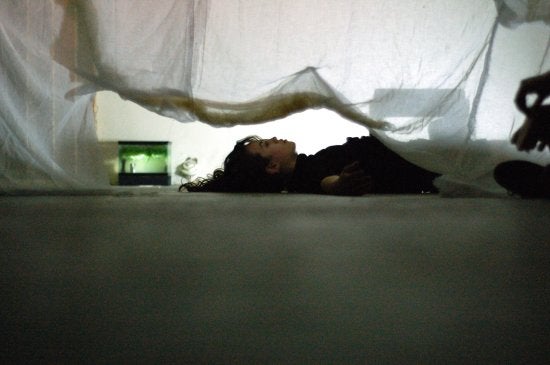 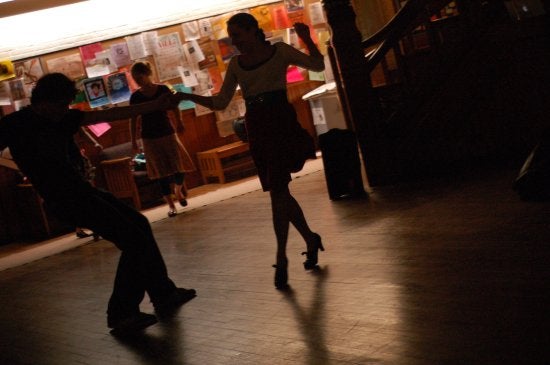 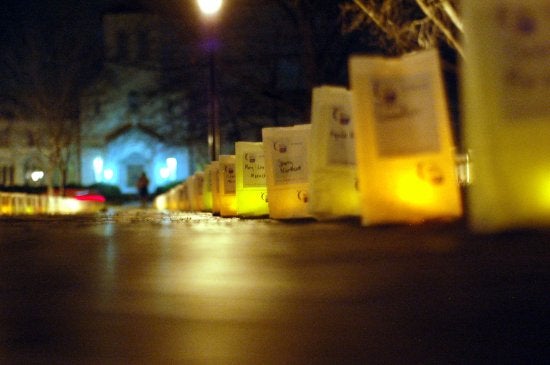 Improv Conference (you can see Oberlin's own Sunshine Scouts in the first image.) 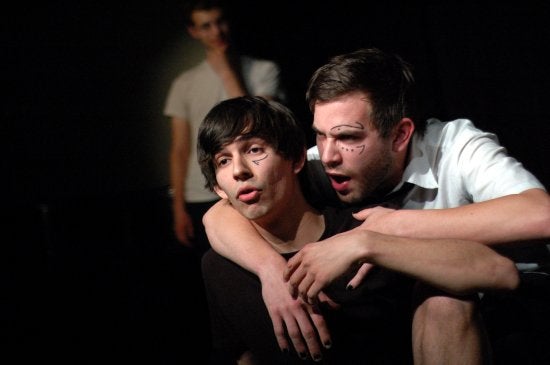 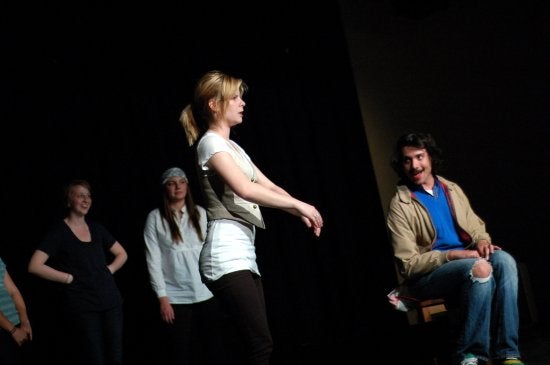 Willy Wonka and the Harkness Party 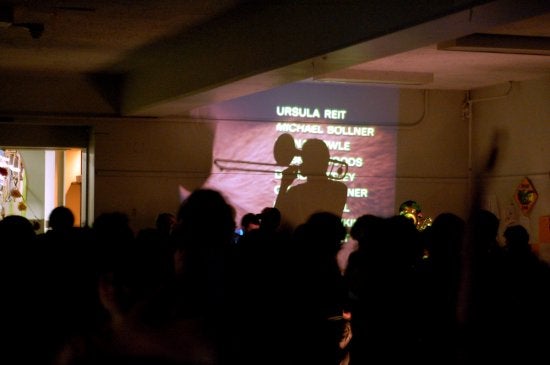 Ma'ayan, how did you manage to make me look tall AND cool? You and your camera make magic. (For everyone else, I'm the one swing dancing in the heels!)

The photo of Harris is phenomenal! Such a great expression!

I love the second picture of the art installation. But, what I really want to know is where are the awesome pictures of the Circus and the Big Parade? Can we expect them soon?