One of my favorite essays on image making is Paul Graham's "Photography is Easy, Photography is Difficult." It deals with the idiosyncrasies of photography, particularly of the growing digital medium. Graham's essay starts off like this:

"It's so easy it's ridiculous. It's so easy that I can't even begin - I just don't know where to start. After all, it's just looking at things. We all do that. It's simply a way of recording what you see - point the camera at it, and press a button. How hard is that? And what's more, in this digital age, it's free - doesn't even cost you the price of film. It's so simple and basic, it's ridiculous.

"It's so difficult because it's everywhere, every place, all the time, even right now. It's the view of this pen in my hand as I write this, it's an image of your hands holding this book. Drift your consciousness up and out of this text and see: it's right there, across the room - there... and there. Then it's gone. You didn't photograph it, because you didn't think it was worth it. And now it's too late, that moment has evaporated. But another one has arrived, instantly. Now. Because life is flowing through and around us, rushing onwards and onwards, in every direction.

"But if it's everywhere and all the time, and so easy to make, then what's of value? which pictures matter? Is it the hard won photograph, knowing, controlled, previsualised? Yes. Or are those contrived, dry and belabored? Sometimes. Is it the offhand snapshot made on a whim. For sure. Or is that just a lucky observation, some random moment caught by chance? Maybe. Is it an intuitive expression of liquid intelligence? Exactly. Or the distillation of years of looking seeing thinking photography. Definitely."

Graham manages to get at the fundamentals of contemporary photography in these three paragraphs. The notion that there are these preconceived categories that anyone who calls themselves a photographer is siphoned into: the conceptual snapshot aesthetic, or the more pictorial and formal aesthetic. The way time is both our enemy and our friend. The way modern convenience has completely changed photography forever.

I've been thinking about these changes a lot lately. Despite having learned the fundamentals of photography from the internet, and heavily relying on social media to display my work, I don't have a smartphone, and the camera I usually use is made out of wood. I don't believe my cause for using old fashioned equipment and methods is nostalgic - my first camera as a kid was digital, after all - but there is something noticeably special about using a large format camera. It takes time to set it up. You aren't looking at the image when you take it, you're just standing behind this weird box and people are giving you odd looks. Due to the cost of the film ($4 for one photo, not including processing), and the amount of time you'll be spending, you're going to be very invested in the things you choose to photograph. That's part of the allure of film in a digital world, and it's even more prevalent when you move to larger formats. 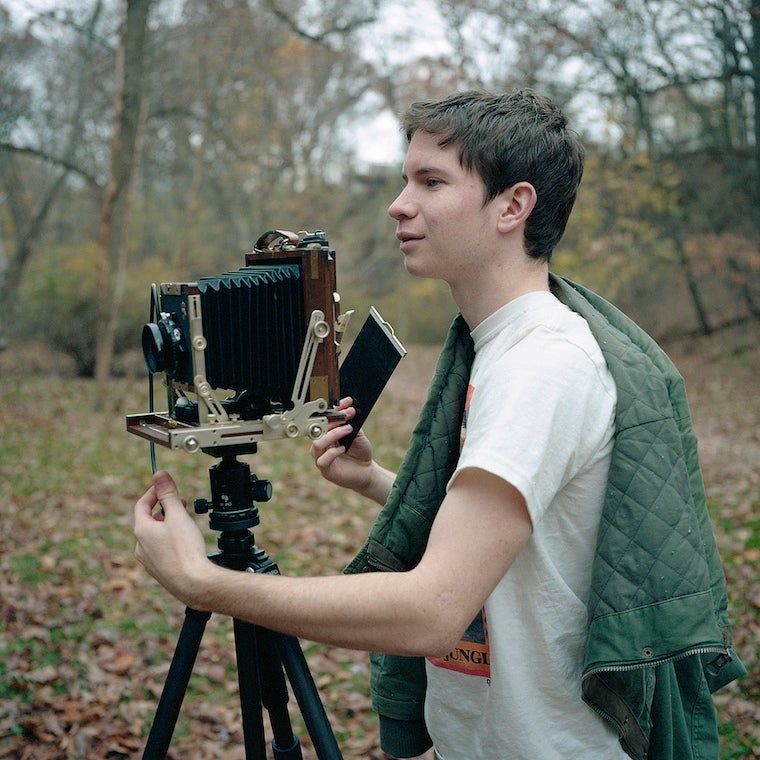 (photo by my friend Tom Hoying)

But the large format camera isn't really that much of a burden. The image quality is much higher than any digital camera that costs less than a Porsche. It provokes questions and interest. But most of all, I don't feel like I'm pointing the camera at someone. It's a collaborative process. One of my favorite photographers, Alec Soth, says that his portraits are more of a photograph of the space in between him and his subject. 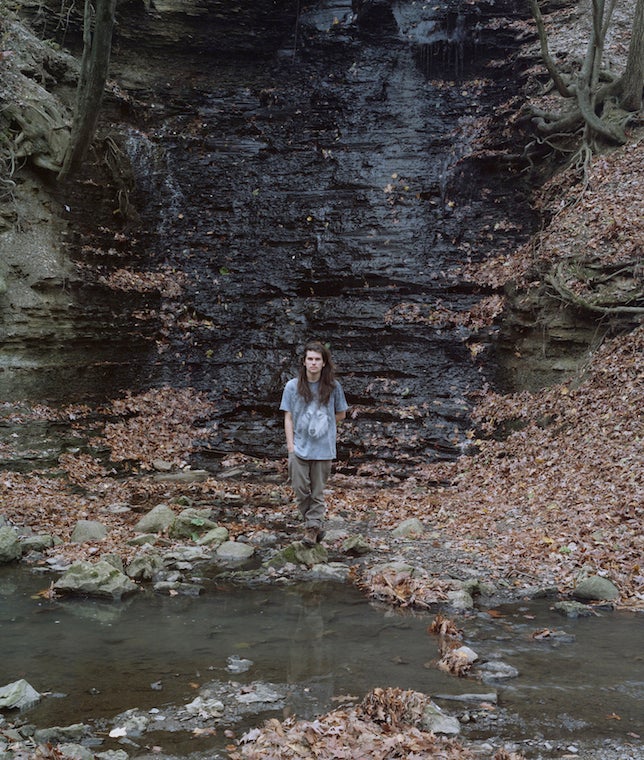 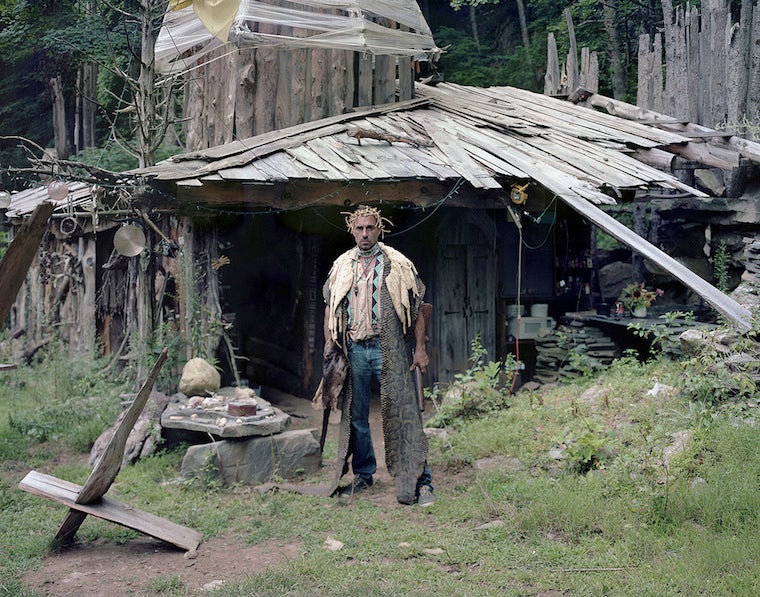 So why this blog post, then? I feel like Oberlin has given me an outlet to pursue things I never would have dreamed of doing before I came here. I would be off at another music school that doesn't have a whole college full of courses I can take. My History of Photography course taught me how to talk about a photograph, which only helped my seminars and private readings in Photography. Both of the photography teachers I've had are well respected in the art world, and offered me the quality of education I am used to from the conservatory. As a music student, this is huge.

I'll be graduating in a few months, and I'm surrounded by things I am happy with doing for the rest of my life, and people I will stay friends with for years to come. I'm looking forward to having some free time after graduation to make the photographs I want to make, and make some of my own music. I think I'm pretty well prepared to deal with life after college; I've started applying for grants, and looking at job opportunities, but I would like to see more of the world before I settle into one thing. Photography is the perfect vehicle for getting out there and exploring...and music is a great tool for communication with the people I meet. As they say, the "universal language."

This whole post: this. Photography — formal, informal, and everything in between — afforded me an experience at Oberlin that was unimaginably and incomparably awesome.

Oh my goodness, so many things to respond to, too little time to write before I have chem lab this afternoon. AH! Let's see...

1. That is a freakin' awesome quote you posted. SO on point and true. Thank you for sharing!! I will have to write it down in my quotebook.

2. Your wooden camera is amazing and badass and way cooler and higher quality than a smartphone, so don't switch it for one! You have a talent that most people don't, which is knowing how to use an obscure and complicated piece of equipment, and that's invaluable. I'm convinced that anyone can take good photos with a smartphone if they're dedicated enough, but not everyone can be truly artistic in photography, because that requires the dedication to learn something that's complicated, time-consuming and (as you mentioned) sometimes expensive.

3. This post is awesome sauce. I actually have to go to chem lab now but just thought I'd say how much I love this post! Keep writing and posting more photos!

Dale, you are honestly amazing/my photography hero. I have spent so much time looking at your tumblr and website -- before I was even accepted into Oberlin. Thanks for being amazing and providing me with constant inspiration and awe.

I was exploring some information online and came across your article. I'm so blown away by your knowledge and inspired by your work! I don't take time to comment; usually, I don't see the point in it. I couldn't stop myself. I'm a wedding photographer and have been for years. Some of the ideas and concepts you share are beyond excellent! Thank you so much for taking the time to write this.

I also think it's terrific that you are so into music. Please keep us posted on how things turn out for you!