Before I came to Oberlin, I do not believe I had ever even met many real live organists. My church growing up had an electric organ, but it was not played much. The first time I heard real organ music was during my senior year of high school when I was visiting Montreal. The city was hosting a Bach festival, and an organ concert was something I had never been given the opportunity to attend. I was absolutely struck by the hundreds and hundreds of people who had filled the church to hear this concert; and even more struck was I by the beauty and power of this music I had never been exposed to before.

While most students attending music conservatory are working towards orchestra jobs and performing careers, organists inherit their own world completely as many of them study historical performance or sacred music alongside their performance study. Because organists often remain quite isolated from the rest of the music world, I want to go ahead and introduce you to some wonderful organists in our department and let them speak a bit about their experiences. Matthew Dion is a freshman organist from Massachusetts studying with Professor James David Christie. Natalie Mealey is a 4th year from Avon Lake, Ohio, enrolled in the combined Bachelor’s/Master’s of Historical Performance program at Oberlin while studying organ with Professor Jonathan Moyer. Although Oberlin is an undergraduate institution, Historical Performance is actually the only master’s degree that we offer here! 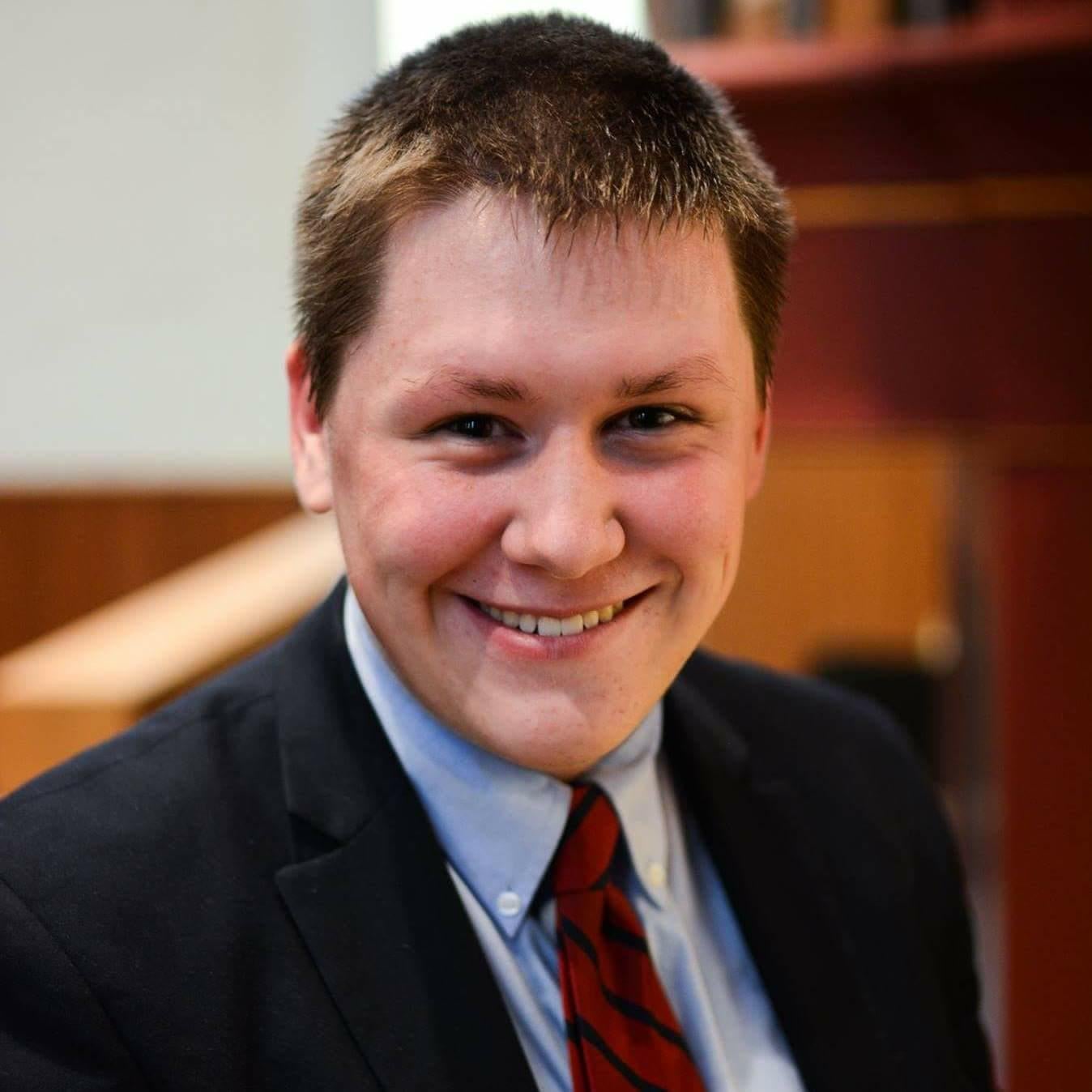 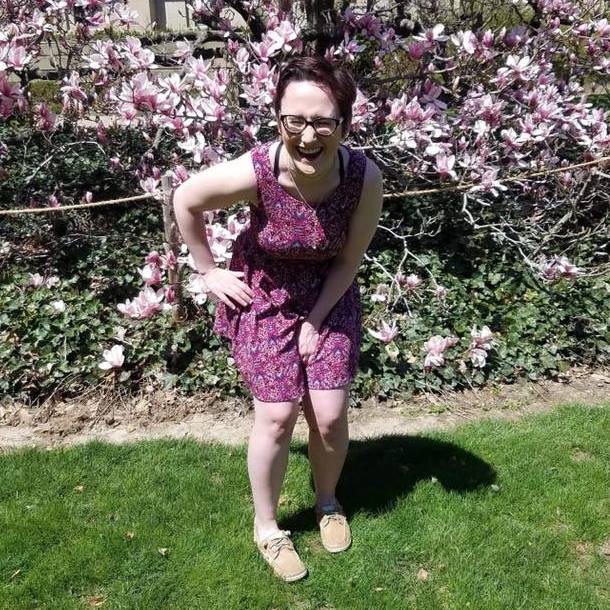 How did you get started at the organ?

The organ has essentially always been a part of my life. I grew up in our local Catholic cathedral where my mother worked as a soloist. As I became of age I joined the choirs and became a part of the music ministry. I remember one day noticing someone play at this massive "box," and being inquisitive I went over to see. The console was quite large and I was curious how it all worked. She (Madeleine Grace is her name) asked me if I wanted to sit down and try it out... I played a big C major chord on full organ and I was hooked... I couldn't even reach the pedals. I had to be 6 or 7 at the time. I started taking lessons from her shortly thereafter and the rest is history.

Natalie: I was formally introduced to the organ by my high school choir director, Bill Zurkey, who at the time was the organist at Bay Village United Methodist church, where I currently work. He knew I was a pianist, and asked if I would maybe want to take lessons, and it was something I had always wanted to do. After almost ten years of playing piano, I was really in the mood to try something different. While I definitely expected to enjoy it, I had no idea I would end up being an organ performance major here just a couple years later!

Why did you choose to major in organ performance?

Matthew: I just love the instrument. The organ is so expressive and beautiful. Organists have a very special task. Each organ we play is different. It's like meeting a new friend or going out on a date. You learn about its problems and its strengths and you have to adapt to them and work with them, even though it is still, of course, many times very beautiful. I know that is a corny way to describe it, but it makes sense.

Also, playing the organ comes with some major degree of control. You can be as soft as a mouse or as loud as a thunderstorm. The organ develops emotions and feelings. And it's our job to express them.

Two of my former teachers truly inspired me. Dr. Steven Young, my high school organ teacher, and my mentor Normand Gingras. They both have/had amazing careers. Dr. Young is a fine and talented organist and teacher and has done many exciting things with his career, including some CD releases, research projects, as well as major recitals. He is still quite active. Normand perhaps played one of the finest organs of the Casavant firm in the 20th century and studied with some amazing teachers (Jean Langlais). His knowledge of the traditions and music of the organ really was an education for me. It was inspiring. Not to mention he clocked up 54 consecutive years working at his parish church. He has since retired.

Natalie: In high school I attended a couple of the summer organ academies here at Oberlin, and I really liked the vibe. I’d say that’s probably the main reason I decided to major in organ performance. I’d wanted to come here - to Oberlin - since I was maybe six or so, since I grew up half an hour away. I was lucky enough to be introduced to something I love at a time when I was making these decisions, since the organ department here is renowned as one of the best in the country.

Do you work at a church? What are your responsibilities and what is that experience like for you?

Matthew: I have been playing in churches since I was 11, but currently I hold two positions. I am organist at Bethesda on the Bay Lutheran Church (ELCA), in Bay Village, OH, and I serve as artist in residence at Good Shepherd Parish (Saint Patrick's Church), in Fall River, MA, where I am from.

It is a good experience as faith is a big part of what I do. It is a discipline and a job but, in many ways, you are a part of people's church experience, which I think is a special job.

Natalie: As I mentioned above, I’m the organist at Bay Village Methodist Church, where I’ve worked since high school. Generally speaking, my responsibilities aren’t too difficult. I choose prelude and postlude music from my own repertoire, but the Reverend chooses the hymns. I just have to make sure I play them well! I also accompany the choir, and play in the handbell choir. It’s a nice change of pace from the usual frantic practicing I do in Oberlin. My favorite part of my job is definitely the people. Over the past few years I’ve gotten to know a lot of the congregation members well, and they’re incredibly supportive people! I played my senior recital in Finney Chapel a couple weeks ago, and I’m pretty sure at least fifty people from my choir and congregation came. It’s been a great experience to grow as a musician while working at that church.

What is the hardest thing about the organ?

Matthew: The greatest and worst thing about playing the organ: you are alone. Some days it is heaven, other days it is lonely. But that shapes the musical experience you have. And in the end, overall it is the most amazing and beautiful thing in the world.

The focusing can be tough. To play the organ is very intricate and quite difficult. Focusing is imperative to become good and present the instrument well.

Natalie: I’m inherently clumsy so honestly using my feet is a bit of a problem for me. My hand/eye coordination is fine, but sometimes my feet just won’t cooperate. Especially in Finney, when you have to use the boxes to crescendo and the sequencer to change registrations… It also doesn’t help that I’m short, so at times I feel like I’m reaching for notes and just hoping I hit the right ones.

There are many false stereotypes surrounding organists, as well as the organ itself. Is there anything you want readers of this blog to know about the organ, organ music, or organists?

Matthew: Organists are people. We aren't always practicing. We like to have fun in all different avenues and interests.  We aren't always in church. We are artists with pictures to paint. Just in a different way. People think organists are all old woman. We are not. There is so much wonderful young talent. Organists have feelings and love others. Overall we want to share what we love with you!

Natalie:  I’d say that there’s a bit of a stereotype surrounding organists that we’re very uptight. I’m not entirely sure where that stereotype came from, but I can assure, at least from personal experience, that that is not true. We definitely enjoy going to The Feve on Long Island Night, partying on Fridays (not Saturdays because we work Sunday morning), and in general having a good time! I would definitely recommend to anyone reading this to acquaint yourself with the organ, or acquaint yourself with an organist!

Hopefully after reading this, you find the organ to be a little bit less of a mysterious instrument! I have come to absolutely love the organ while studying at this school. There are so many beautiful sounds that are unique to each organ, and it’s as if we have an entire orchestra in our own hands! Not to mention, organists are some of the most fun, interesting people I have met during my time here. Attend organ pump, say hi to an organist, become their friend, take advantage of them and ask them to drive you to Wal-Mart (FYI, almost all of them have cars. Convinced yet?).