We have been going through a difficult time. One of the signposts of that difficulty, for me at least, came when I hesitated after writing the very first word of this posting: we. I wasn't about to put it in quotes, but I have been realizing just how tenuous that "we" has become. I know I don't speak for a "we," nor can I say what that "we" is feeling. Neither am I willing to abandon the hope embodied in the we.

As an intellectual, one who works with words and ideas and attempts to make them relevant in an environment in which learning occurs, I turned to literature as offering a way into this conversation (and I hope it is a conversation). To Virginia Woolf, in particular, whose 1925 essay, "How to Read a Book," I was recently reminded of in a lovely blog entry by Maria Popova.

"The only advice ... that one person can give another about reading," Woolf writes, "is to take no advice, to follow your own instincts, to use your own reason, to come to your own conclusions. If this is agreed between us, then I feel at the liberty to put forward a few ideas and suggestions because you will not allow them to fetter that independence which is the most important quality that a reader can possess." [The essay is in the public domain .] 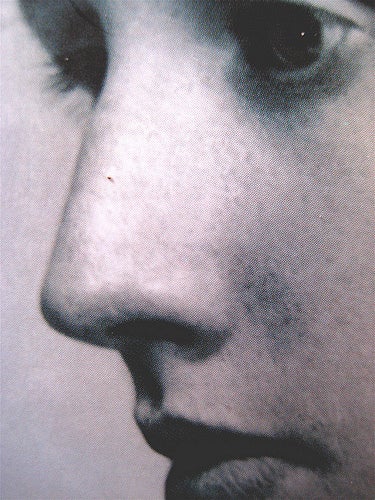 With Woolf's advice in mind, and with Oberlin's turmoil in mind rather than the challenges of reading, I start again: We have been going through a difficult time, both individually and collectively. I know there are many of us in the Oberlin community thinking hard and talking constantly about the road ahead. My intent here is to add to those conversations.

Over the past week, I've been nursing a muscle I pulled in my leg when I slipped on the ice. I asked one of the coaches what I should do and when I could start to exercise again. He recommended ice and ibuprofen, so the damaged tissue could quiet down from its inflamed state before attempting any exercises designed to strengthen it. I dislike organic metaphors, but it seems to me that we desperately need a healthy dose of Motrin in order to rest our jangled nerves before moving on to strengthening our community. Understanding that pulled muscles impact people differently, that those who are more conditioned can come back faster than others...still, we need an ice pack.

It's what Woolf recommends as "letting the dust settle" after reading a book before passing judgment on it. "We must pass judgment upon those multitudinous impressions [received in reading]; we must make of these fleeting shapes one that is hard and lasting. But not directly. Wait for the dust of reading to settle; for the conflict and the questioning to die down; walk, talk, pull the dead petals from a rose, or fall asleep." I can only hope that we are in the process of letting the dust from the recent weeks settle before passing "hard and lasting" judgment. Again, each of us will have different ways to do that, but just as it is hard to run with a pulled muscle, to deliver informed judgments the moment we put a book down, so it may not yet be time to know exactly what is the best way forward.

I have no doubt that students, faculty, staff and administrators all have a number of concrete steps that can and should be taken to move us from this place while addressing the shortcomings we have identified. I have only one suggestion, and it's not as easily achieved as implementing a new curriculum, hiring new staff, or deploying more security personnel. It is about what we do here every day. It's about teaching and learning in the liberal arts tradition (whose definition I borrow from a statement that some colleagues and I are working on). If done well, study in the liberal arts instills in students a capacity and a passion for inquiry, for critical thinking and analysis, for clear and original expression of ideas. Liberal arts learning values self-reflection and the ability to understand and accept differences in others. Liberal arts education seeks to foster an openness to, and engagement with, new ideas; it assigns central importance to the asking of questions as a mode of learning; it affirms habits of inquiry that regard our search for values and the ability to live an ethical life as the keystone that holds our learning in place. Finally, I would argue that empathy is central to this; that it is critical to the process of engagement with others and a commitment to the cause of social justice.

Some mistake empathy for sympathy, and it may produce just that. But empathy is the capacity for imaginative attribution, and psychologists consider it a critical foundation for promoting cooperative, pro-social and satisfying relationships. The (by now clichéd) Cherokee saying "Don't judge a man until you walk a mile in his shoes," is about empathy, as is Atticus Finch's observation in To Kill A Mockingbird, that, "You never really know a man until you understand things from his point of view, until you climb into his skin and walk around in it." Some would say that you shouldn't do that (asserting a tribalist perspective), or that you can't do that (suggesting that we can never leave our own social formation). It seems to me that both literature and social justice activism (among other things) would suffer without the capacity for empathic imagination.

Empathetic engagement is not about abandoning one's principles or an appeal to the sad cry: "can't we all just get along." Sometimes we can't. It is about listening...no, it's about trying to hear what someone you disagree with has to say. At the end of the day, maybe you and your interlocutor will still be miles apart; I seriously doubt that you'll be best friends. But something will have changed for the listening and hearing.

I wonder if you'll bear with me for a story which seems a good illustration of this (rather than an assertion that I have any idea about how to deal with radical differences). A few years back, the town and college were shaken by a series of ICE (Immigration and Customs Enforcement) raids on a restaurant in town. Five undocumented workers were hauled away and, before we could even locate them, they had been deported. Three of us (a student, a town resident, and myself) decided to bring a resolution to City Council to provide those who live and work in our town with a modicum of protection and support. We worked hard on the resolution, consulted with officials, police, activists, and others, and finally brought it to Council, where it had to pass three separate readings before final approval.

Tensions were high at these meetings as news of the resolution had spread to other Ohio towns and anti-immigration activists from places like Painesville and Grafton made up the majority in the hearing room. We received threats on our lives, and for the first time ever, City Council brought in a metal detector through which audience members passed. The meetings themselves were pocked with invective from many of the out-of-towners ("America was built by the white people!"), but the resolutions passed with strong support.

Shortly after the last meeting, I received an email from an unknown sender who criticized me for having called her a "bigamist" in the course of the hearings. Since I didn't know her, much less her personal life, I had no idea what she was talking about, but assumed that she had meant "bigot," and, indeed, in my own remarks to City Council I had characterized some of the opposition to the bill as arising from bigotry. I wrote her back, trying to clarify my comments, but I also realized that I hardly ever talk to people with whom I fundamentally disagree, and this might be an opportunity. So I suggested we talk. Since I was leaving to teach on the London semester two days later, time didn't permit an in-person meeting, but we did spend about three hours on the phone.

I thought about what I wanted to achieve in that conversation: I wasn't going to change her mind, nor she mine. But I did hope that she could perhaps hear something she hadn't heard before. (Tellingly, I wasn't so empathetic as to imagine that I could hear something as well.) I also decided that there were certain limits and bounds to such a conversation and, once reached, I wouldn't spend any more time at it. For me, unless she was willing to see undocumented migrants ("illegal aliens" in her terms) as human and therefore deserving some dignity, I couldn't see much purpose in the conversation. Lacking that, game over.

So we talked. I pulled out my most obvious empathetic moves: what if you were a Mexican mother who had to feed her children, etc, etc. Nope. I kept moving back, hoping that we would find the one point we could agree on before we hit the ultimate boundary. Finally, more than two hours into the conversation, I realized I knew nothing about her, her family, its history, or what she cared about (other than making sure that undocumented workers weren't working in Oberlin's restaurants). So I asked her. Her family had been in Ohio for a long time. Not surprisingly, they had been farmers, but no longer were. "Was it hard for your family to give up its land?" I asked. Yes, it had been. Very hard. After a few more minutes, I asked her why she thought that a family from, say, southern Mexico, which had been on the same plot of land for maybe 500 years, maybe much longer, would give up that land so they could wash dishes in a restaurant in northeastern Ohio. And for the first time she paused and said, "I don't know." We talked some more, I told her a bit about NAFTA and what it had done to many Mexican farmers...the details at this point don't matter. The conversation ended shortly after. We didn't (figuratively) give each other a hug; I still have my very strong beliefs about immigration, and she most likely has hers. But we each heard, of that I'm convinced, and we each were changed.

Listening is not easy; hearing is even harder because it means that you have to think about your own positions as well as those of the other party. And that is particularly difficult when one's ears are filled with shouts of approval from one's supporters (or one's hearing is hardened by disapproving voices from one's detractors). But hearing is essential if we are to move ahead, particularly when the differences that divide us are much narrower than those expressed in the City Council's chambers.

What can we, as teachers, do to help this process of listening and hearing? Where can we best intervene? How can we model empathetic hearing and liberal arts values? I trust that we will find the answers.