Last year, I lived in Johnson House, the Jewish heritage-themed dorm on campus. Pros of J-House: it’s a beautiful Victorian-style mansion, it’s right in the middle of nature (the Arboretum, or “Arb,” surrounds it), it’s secluded but not too far away from the action, the people are great, and my room was huge. Cons of J-House: it’s a pretty far walk (Oberlin far, meaning like two blocks), I had no idea how to decorate such a gigantic space, and it’s most definitely haunted (which is also conclusively a pro if you’re into that).

A quick Google search of “oberlin johnson house haunted” confirms this fact, but anyone that lives there will tell you the same thing. J-House was built in 1885, and there’s a legend that the person who used to live there, Albert H. Johnson, was killed in a railroad accident. When his wife, Rebecca, heard this, she went out to the stables, killed all of their horses, and then killed herself. Creepy. Also, there have been multiple instances of J-House residents coming back to their rooms to find dead birds, which disappear as soon as they leave. I didn’t see any spirits or birds, but I have seen bats.

Our first night in the house, we had a meeting with the RA and all the first-years. As our RA was talking, a bat suddenly flew in and divebombed us. It was an incredible welcome to J-House. And one fateful fall night, I got a text from my roommate, who said that a bat had flown into our room and then abruptly left. She told me she had shut all of the windows and doors to make sure it didn’t happen again, but she was confused because the bat flew in while the door was shut and the only windows that were open had full screens on them. When I came back, I was calling one of my friends, and while we were talking, I saw something in the window behind me. Upon further investigation, it turned out to be the bat stuck in between the window and the screen! I had no idea what to do, but I called campus security and they sent out a guy who helped us get the bat out. Anyways, the moral of the story is everyone was completely safe but we still have no idea how the bat got in - very spooky. Please put your conspiracy theories in the comments! But basically, J-House is haunted.

There are plenty of other places that are definitely haunted around Oberlin (as elucidated quite wonderfully in one of my favorite blogs!), so there are many opportunities to witness something astonishingly paranormal here. However, J-House has a special place in my heart for all things weird and spooky. I live in East Hall this year, which is decidedly less haunted. But I’m so glad I had an opportunity that most college students would never dream of: being able to live in a gorgeous dorm with incredible people that is actually a haunted Victorian mansion. 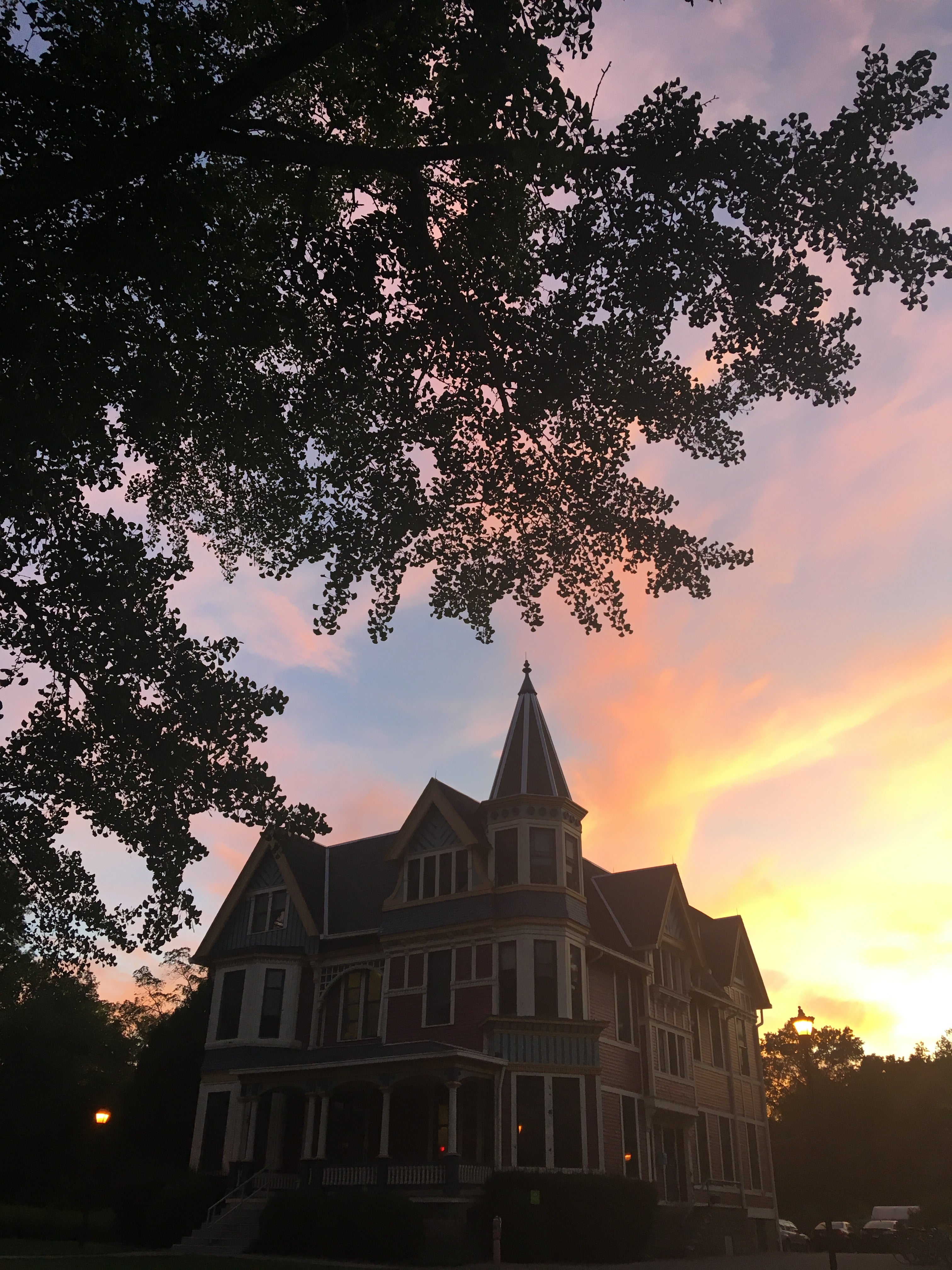 I lived in the second floor rounded turret room with two friends in 1968. No ghosts, but very dim lighting in the halls and rooms. However, the glorious morning sunrise light in that room lifted my eyelids and heart every day. I also loved the cobblestone bumpy bike ride down the hill every morning.

Please say more words about East Hall. And photos too if you've got them.