During winter term this year, I had the privilege of participating in the Oberlin Business Scholars program. The program is an intensive winter term project, sponsored by the Career Center, that brings students to three major cities to meet with successful Obies and friends of the college who work in many different business-related fields--including private equity, consulting, investment banking, advertising, and socially responsible investing firms. In the words of the Career Center website, the program aims to provide "selected Scholars from all majors with a foundation of skills, knowledge, and contacts to successfully compete for jobs and internships in the fields of finance and consulting." This year we traveled to San Francisco, Cleveland (for a day), and New York, thanks to the generous donations of several Oberlin alums that support the program.

Our days were filled to the brim with on-site visits to some of the most notable firms in the business world--including, but certainly not limited to, Morgan Stanley, Deutsche Bank, Google, The Riverside Company, Wells Fargo, and Credit Suisse. Sprinkled throughout the itinerary were personal improvement workshops, so to speak, in which we polished our public speaking, networking, self-presentation, and even our dining etiquette skills. Some of these sessions were at home base in Oberlin during the first week (in subzero temps, I might add), while others were with alums on the road. 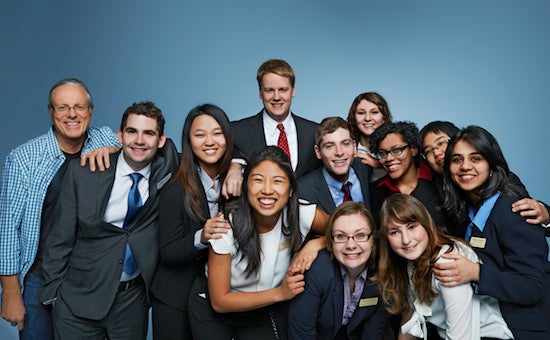 The Business Scholars with Jeff Goodby (left), founder of the advertising firm Goodby Silverstein & Partners. They are one of the most successful ad companies in the world, and are behind more Superbowl ads than you can imagine. One notable example of their work is the "Got Milk?" campaign, a phrase that Jeff Goodby came up with himself!

I have learned much more on this program than can reasonably fit into a blog post, so I have tried to condense this information into four central points:

1. Obies Can Be Businesspeople Too

It is no secret that, at Oberlin, pursuing a career in business is not the norm. In fact, I sometimes feel like the finance and business worlds can get a bad rap from many students who imagine the field to be filled with highly paid business executives who completely abandon their morals in pursuit of wealth. What they don't realize is that there are many business executives, including many Obies, who retain their social values when they reach success in the business world. Last month, I met many such businesspeople, and got a taste of the variety of industries they work in.

Several of the Obies we met are engaged in social improvement directly, by heading nonprofits or working in socially responsible investing firms. But practically all the alums we met give back to their communities or the larger world in various ways; some sit on the board of nonprofits, have started charitable foundations, or have made sizeable donations to institutions that needed them (including Oberlin!). Regardless of the industry these alums worked in, their Oberlin sensibilities continue to express themselves in one way or another.

Despite what some people may think, a socially aware Oberlin education and a career in business do not have to be mutually exclusive. As Stewart Kohl* (OC '77), eloquently said, "Wall Street would be a whole lot better with a little more Tappan Square in it," and as an Oberlin Business Scholar, I hope to one day bring it there.

During the program I was continually impressed by how much alumni, recent and not so recent, are willing to help their fellow Obies. "Anytime I see an email with Oberlin in the subject line, my first response is 'What can I do, how can I help?'" said Steven Roth (OC '77), who ran a valuable self-presentation workshop with us. This fact was particularly apparent at the Alumni reception at the Yale Club in New York City--the annual finale of the program. Countless alums came to the reception, eager to connect with the Scholars and help them out. Many handshakes, business cards, and words of advice were exchanged that night.

In addition to guidance, several alums even offer the Scholars jobs for the summer (or for the seniors, after they graduate). As I said before, the program is sponsored by the Career Center. So, while the Scholars don't generally graduate the program with a job, they leave with ample resources to find one; they are more marketable, informed, and, most importantly, have a much larger network of business professionals to contact for job leads and guidance. 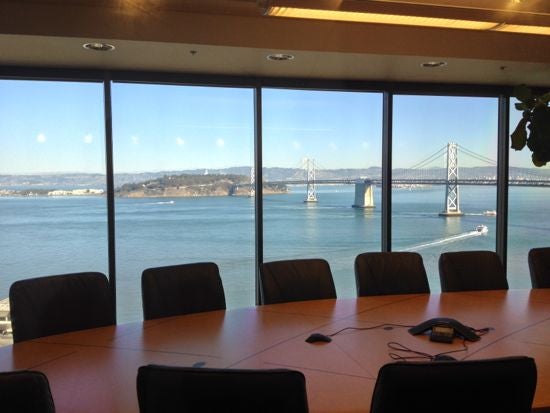 One of the many beautiful conference rooms we were in during the program. This one was in San Francisco, for our meeting with The Capital Group, a wealth management firm.

3. Stay Flexible and Open to Change, But "Wander with a Purpose"

For the reception that kicked off the program, Minsok Pak (OC '92) was our keynote speaker. Minsok had a very successful career in management consulting at McKinsey, before transitioning to a private equity firm in South Korea. His speech, entitled "An Accidental Career," emphasized the serendipity of each job offer he received along the way, and the importance of flexibility when his path took unexpected turns. This was a common motif throughout our itinerary, as numerous speakers delineated the often circuitous paths that brought them to their current careers. 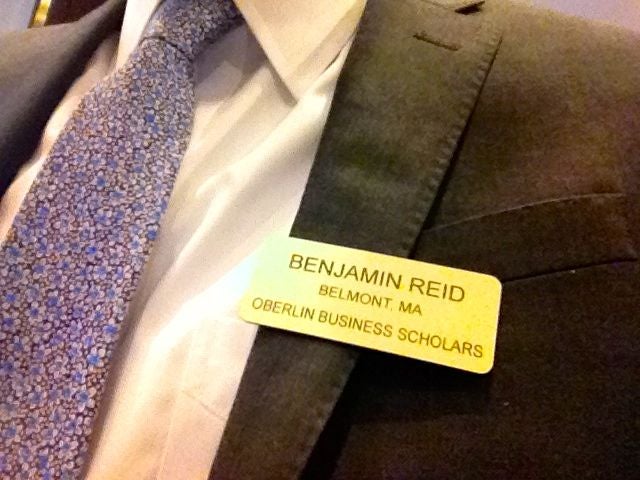 At the start of the program, we each got an engraved nametag (above) and a stack of personalized business cards!

Still, it certainly helps to know what field(s) you might want to pursue, and some jobs you could envision yourself doing. While many Oberlin students (and college students across the country) "wander" from college to career, Jeff Hanson (OC '80) advised us: "wander with a purpose."

Participating in the business scholars program has enabled me to do just that. While on the program, I realized that I want to work hands-on with companies, analyzing businesses and helping them solve the various problems they encounter. Two logical paths for such interests are in management consulting and private equity. While I realize that the road to my ultimate career may diverge from these two paths, thanks to the Business Scholars program, my "wandering" now has direction.

4. It takes me exactly six minutes to walk to the Career Center from my dorm all the way across campus...

...and I'm a slow walker! In my opinion, all current students who are looking for jobs should ask the Career Center for help. It is easy to make an appointment, and it is even easier to get there; it's attached to Stevie, so most students already walk past it everyday.

Throughout the month, I spent countless hours with most of the Career Center staff--including Richard Berman, Gayle Boyer, Brian Doan, and Linda Gwinn--and their tireless dedication to our success was always apparent. They are experts, and will work with you at each step of the job process--whether you are polishing your resume, writing a cover letter, or need to practice for an important interview. If you stop by the Career Center, make sure you say hi to Linda Gwinn at the front desk! She is one of the friendliest and hardest working staff members on campus, and always has tasty candy and snacks to offer visitors!

Current students, if you're reading this, go become friends with the Career Center staff; they will help you get where you want to go.

Just as everything I've learned couldn't fit into the post, neither could all of my pictures! Here are some more snapshots, so you can get a better idea of the sights I saw while on the Business Scholars program. 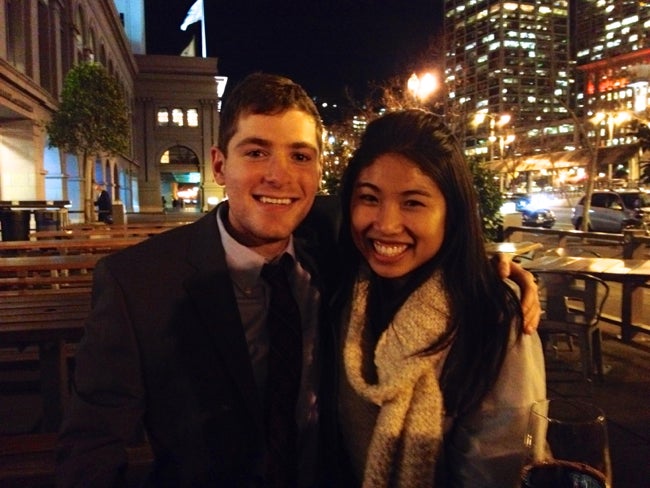 We also had some time to explore the cities we visited. Here I am with my friend Nicole Le, a senior Neuro-Bio-English triple major, out to dinner with some of the Scholars in San Francisco! 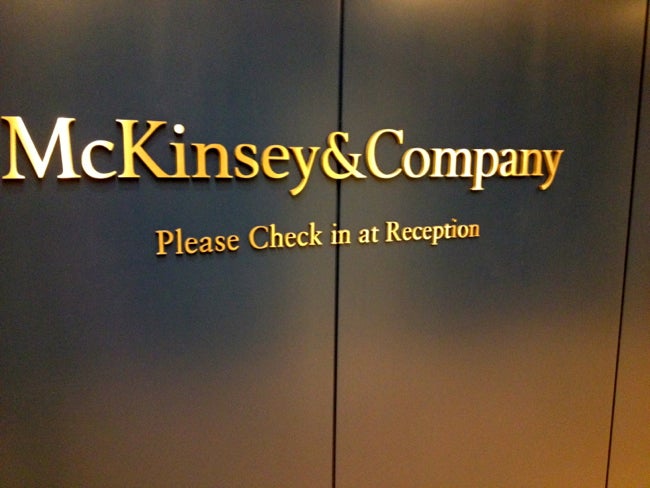 The most famous management consulting firm in the world. 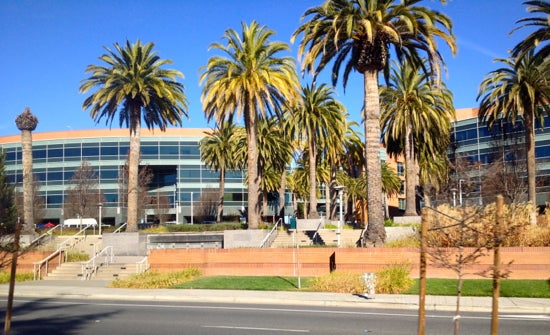 The "Googleplex," aka the Google headquarters. Sorry I didn't get any pictures of the inside, but rest assured, it was just as cool as you would expect! 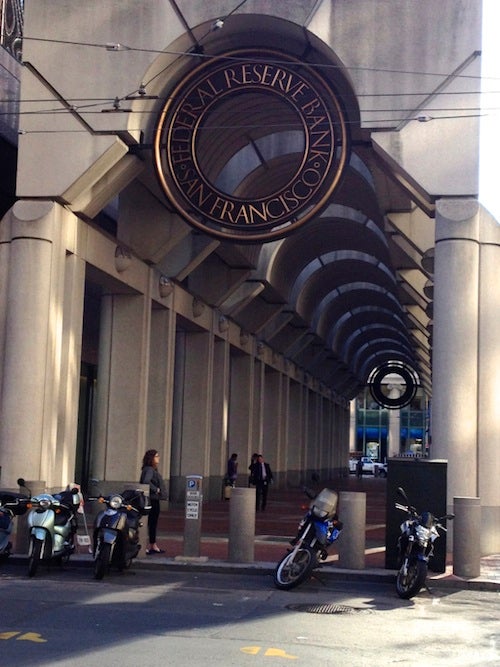 Not sure why I took this picture, considering we didn't go to the Fed in San Francisco--we did go to the one in Cleveland, though! 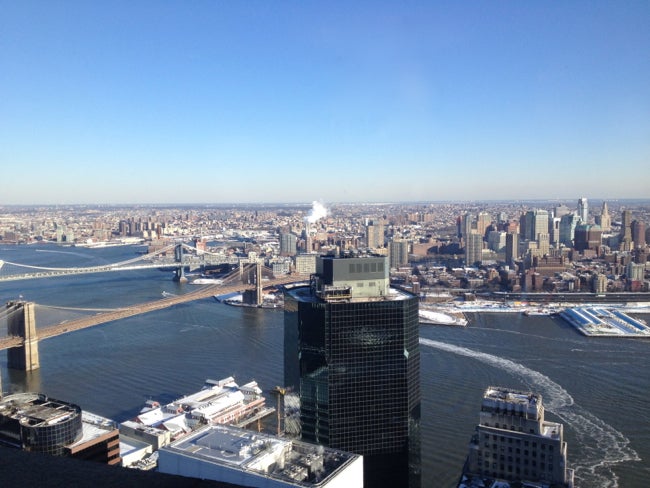 Just like in San Francisco, our time in New York City consisted of a lot of views like this.

*Fun fact: Before his immensely successful career as co-founder and CEO of The Riverside Company, Mr. Kohl was the President of OSCA!

This is probably not what you were going for with this post, but I have to say, that is a beautiful tie!

Slightly more relevant comment: you're right, I totally don't think of Obies as businesspeople. Maybe as wacky entrepreneurs with big, kooky dreams, but not as big shots in big companies. Not that I'm surprised, now that I think about it - we're everywhere!
Point being, cool blog. I love discovering new parts of Oberdom.

I am a 1972 graduate of the college with a major in what was then government. Subsequently, I became a lawyer with a master of laws in taxation. My practice involves mainly servicing businesses.
I think this is an outstanding program which I wish was around when I was a student. It should be expanded. The alumni and others who devote their time and resources to it are saints.
I found that there was antipathy toward business when I was student, but I also saw that when those people graduated they had to make a living, and deal with the fact that much of America is business. There is nothing wrong with Oberlin graduates going into business; they offer intellectual insights, hard work, creativity, and beliefs that the workplace and treatment of so-called subordinates should be humane.

I'm so glad you have professed ALL the love for the career center because they are the most fabulously underutilized resource on campus. Everyone there is amazing and you should visit them even if you're not looking for off campus working opportunities. They can help you figure out what you love and how you can apply it to the world.