I try hard to keep my blog amusing and informative. That said, sometimes a kid's just gotta spazz. For instance: Wahooooo! New York! This is going to be the best week ever! Ahahahahaaaa . . . --Ahem. --Now for some rational, friendly, informative explanation.

First of all, I am not writing this blog from my dorm room at Oberlin College. I'm at a friend's house in Queens, being a goofy, overexcited tourist, and having the time of my life. You see, Oberlin has two semesters and a Winter Term (January). Each semester has two modules. Some classes (mostly P.E. classes, I think) only last one module, i.e., half the semester. These modules are clearly demarcated by week-long breaks. In other words, Oberlin doesn't just have a Spring Break; it also has a Fall Break serving exactly the same role in the first semester.

Most people go home over Fall Break. Some go on Immerse Yourself in Service (IYS) trips and spend the week doing community service somewhere in the country. Others stay on campus and catch up on their sleep/work/reading/social life. And still others, like me, end up visiting friends.

Though Guy (the friend I'm staying with) and I have been planning this for several weeks, I don't think I got the "this is really happening" moment until I looked out the window of the plane and saw Manhattan down there. Of course, after that, I didn't stop looking out the window until we landed.

The trip so far has been a single streak of sheer fun. Guy and his family are wonderful hosts. They've showed me some things they figured I absolutely had to experience. On the first day, we had several interesting conversations, ate the best pizza in the world, and--by the end of the day--had walked for miles. 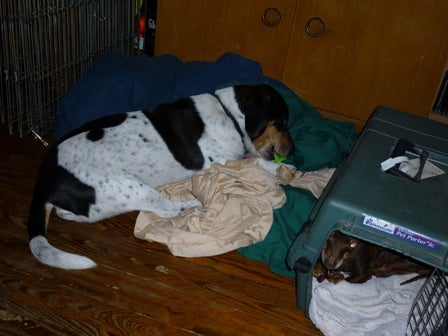 Ender and Stitch, Guy's family's dogs. Between them, they may make a dog person out of me yet.

One of the things we saw was the New York Panorama. This is a complete scale model of the entire city--it actually looked much like the view from the plane did. We wandered around its periphery trying to find things, like Guy's school and the park where we were. (I was able to find the Empire State Building...) This sprawling minitropolis is part of a museum in a park, left behind by one of New York's two World's Fairs.

The park has gotten into a lot of movies, because World's Fair remnants are very photogenic. There's the Unisphere, a giant globe that appeared in the last Iron Man movie, and the disused, rusting spinning restaurants that the cockroach-man had hidden his spaceship in in Men In Black. In daylight, they are obviously rusting and have a strange, desolate beauty to them. 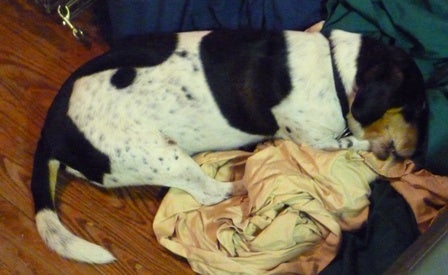 Ender is named for the protagonist of Ender's Game. 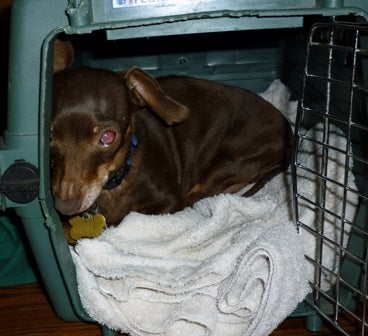 Stitch is tiny, about the size of my cat's midsection. He is silly and unbearably cute.

Besides the panorama, we went to a few other parks and looked at bridges. New York has a lot of them, and one of them has beaten out my hometown's Tacoma Narrows Bridge for the title of second-longest suspension bridge in the world. (The longest is somewhere in Asia.)

. . . and Times Square. Times Square shining with LED and neon, flickering lights reflecting everywhere, constantly in flux, full of people. I can see why all my social science books point to this as the icon of an information-service society where the media battle for a person's attention. You could drown in the information overload, or you could ride the wave. I just enjoyed myself being a rubber-necking tourist.

The next day was much more low-key. Guy and his dad took me to the Jamaica Bay Wildlife Refuge and we looked at birds. This is the perfect time for that--migration season. There was apparently a white pelican there recently, which is odd since they usually stay in Florida. It was gone when we got there, though. We mostly saw varieties of ducks and geese. 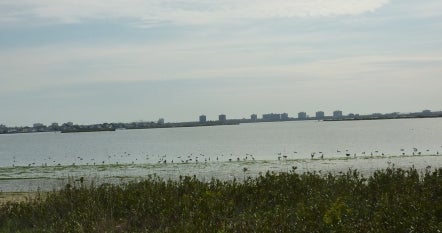 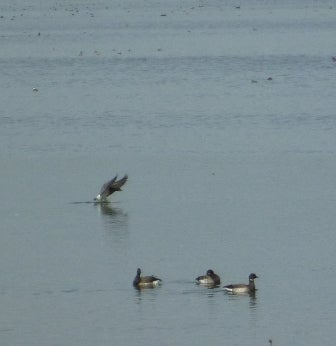 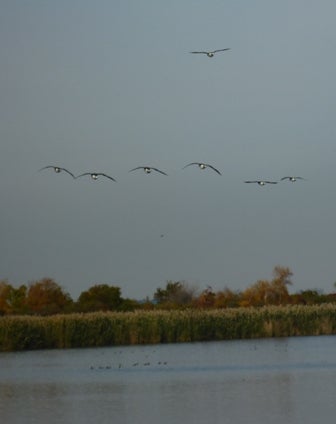 These are swans, actually. They were pretty far away, so the photo doesn't really capture it well, but they are big . 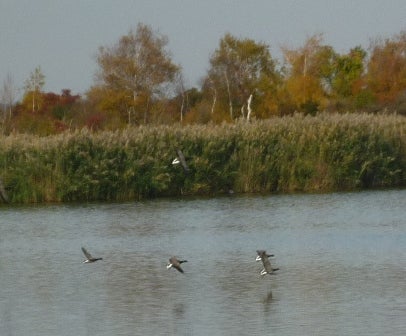 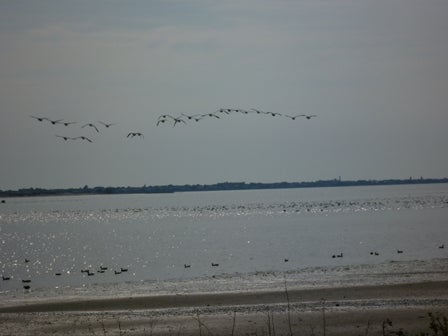 For those of you who didn't know, Jon Stewart announced a Rally to Restore Sanity in Washington, D.C.: a "Million Moderate March." The same day, Stephen Colbert unveiled his own March to Keep Fear Alive. Totally coincidentally, these were scheduled for the same place, at the same time, on the same day.

The two events were officially consolidated more recently, into a Rally to Restore Sanity and/or Fear, ostensibly because Stephen Colbert hadn't been able to get a permit to make his rally official.

It is now on, set, scheduled. In less than one week's time, on the National Mall, two comedians shall make a passionate argument for people to take it down a notch. History shall be made. And (this is the announcement) I shall be there.

This is the reason I'm in New York right now, actually.

You see, I heard about Stewart's and Colbert's announcements last month and realized that the rally(ies) were scheduled for the second Saturday of Fall Break. This meant that a lot of East-Coast-dwelling Obies were planning on attending, including Guy. I, however, live on the West Coast, and had been planning to stay on campus to work ahead in my classes and catch up on sleep.

One night at dinner, I was goofing around imitating Stephen Colbert. I then said something about how I wished I could attend the rally, and how maybe I could find someone willing to do a marathon end-of-break road trip down to D.C. and back. Another of my friends said that was unnecessary--"Just stay with Guy." (Guy wasn't there at the time.)

I responded to this idea with the proper indignation: "I can't just invite myself over to someone else's house! For a week! To go somewhere else at the end of it! That's a huge imposition. I can't do that."

Unperturbed, my friend retorted, "Sure you can. Here, I'll do it for you." He turned to Guy, who had just come back to the table, and informed him, "Tess is going to be spending Fall Break at your house so she can go to the rally."

Guy's reaction was along the lines of, "Hey, great idea! We've got room."

I have truly wonderful friends.

Anyway, that's the rough introduction to what promises to be a most exciting Fall Break. Expect more long, excited blogs in the near future!

And remember to Take it Down a Notch for America.