Once the holiday season is over most students will head back to campus to participate in a long held academic tradition called winter term. This program requires students to develop and follow their own academic program of study for a month. It might be an internship associated with their major or a project related to research, a hobby, or community service.

I attended a high school that was considered progressive for its time. We had a week devoted to nonacademic study, though programming had an educational component. The program--Intercession--took place just before Christmas break.

During Intercession, the school offered a host of educational-based programs--speakers, field trips, social gatherings, movies, art, music, games, sports, discussion groups, and more--from which we could choose. For a week we put aside English lit, earth science, or calculus to participate in truly fun and enriching activities, some which were taught by our teachers.

To a certain extent that's what Oberlin's winter term is about, except it's not the college or the "administration" determining the course of study. The Office of Winter Term may provide contacts and ideas for projects, but students do much of the legwork researching, interviewing, planning, and finalizing what they plan to study during this time.

I'm kinda envious, especially since many students pursue their winter term-project in another country, perhaps some city with a warmer clime than northeast Ohio in January. If Oberlin staff were allowed to develop a winter term project, I'd love to do one of the following:

Travel to one of the six installed Bench By the Road project sites of Nobel prize-winning novelist Toni Morrison, write a short history about each location, determine which of these sites were recorded or referenced in her work, and why they are important landmarks. This would be a way for me to trace the steps of one of the world's foremost writers. 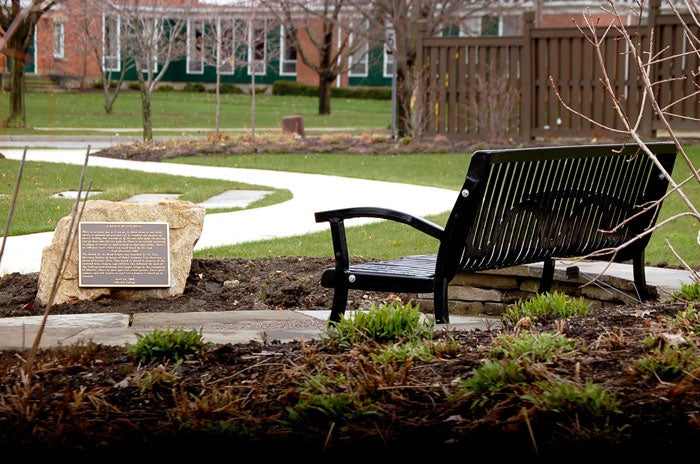 If I could pull it off in four weeks, the journey would take me to one or two of the following six locales:

Learn the art of quilt making. I inherited several quilts made by my husband's great-grandmother and grandmother. Handcrafted, multicolored, warm, and sturdy, they are gentle reminders of love in action, of a craft I admire for the patience and creativity required to do it.

I'd seek out quilter-author-activist Faith Ringgold to teach me a few things. 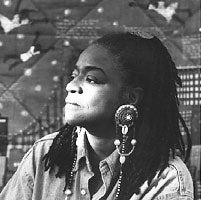 If not Ms. Ringgold, I'd hang out with the women of the Uhuru Quilters Guild in Seat Pleasant, Maryland, just outside of DC.

The women meet regularly to teach, quilt, exhibit, and share stories of their lives. Should I be successful and complete a quilt, even a small one, I'd donate it to a domestic violence shelter or a preschool.

Grassroots organizing. While we witnessed several major political and social uprisings these last several years, none have captured the attention and ire of people worldwide like the present-day Arab Spring rebellions and the Occupy Wall Street movements.

I'd like to take part in the training--if any--that's involved in organizing people around a cause or an idea. Is it really just being passionate about something that spurs one into action, or does more deliberate and thoughtful planning take place? Maybe it's a combination of both. Who do you target? How do you determine a message (e.g. talking points), and who gets to say it and how often? What tools do you use to get your message out? How does one deal with conflict or opposition (such as police)?

Civil rights volunteers went through extensive training in order to march, sit-in at a lunch counter, or desegregate a school or university. Does any of that happen now?

Their website claims that graduates have gone on to play leading roles in critical political contests across the country for a host of key elected positions. I don't aspire to run a political campaign, but would like to be involved in a meaningful capacity. Maybe EMILY has the answers.

Intern for a nonprofit educational organization such as Teach for America or the Posse Foundation, to which Oberlin is a member.

I've been a wannabe teacher for as long as I can remember, and sadly, never finished the few credit hours left of coursework to get a graduate degree in education. I have done many things under the banner of education, from being an education newspaper reporter to PTA president; however, I'd want to be more direct and purposeful in my involvement. And there are other ways to do it aside from being in charge of a class of students.

The Posse Foundation's focus is developing the next generation of leaders, offering the best and brightest urban high school students the opportunity to excel at top-tier colleges and universities. Whatever training or instruction I received via Posse I'd take to my home community's high school and work to improve their efforts at getting more students excited about college and then helping them prepare for that important academic and personal journey.

Yeah, I'm kinda envious. Maybe I can organize some of my colleagues around this issue of extending winter term opportunities to staff ... perhaps occupy human resources... .

I believe that folks who work at Oberlin should have the opportunity to have at least one winter term. It's such a lovely period of time to learn.

I was on that bench most evenings last summer because the college wifi didn't extend to my house. The firefly-bespeckled sunsets were beautiful from the bench, and I always wondered where the other benches were and whether someone else loved them as much as I did that one.