So when I first visited Oberlin, my tour guide showed me all the beautiful classroom buildings, conservatory masterpieces, and student masterworks. What I didn't really get to see, though, were the residential facilities. Fortunately for me, I had a first-year friend from my high school who offered to take me on a "deluxe tour" of the facilities (thanks Tony!). We visited his dorm, East, first. It reminded me of your typical college dorm: nothing too outstanding but nothing horrific either. We then proceeded to visit another dorm (I can't quite remember the name) and to me it was more of the same. Lastly, he took me to Kahn. I was immediately impressed as I walked in and felt the calming blows of air conditioning. Just a few more steps in and I saw the beautiful new design, architecture, piano, TV room, and pool table. I was immediately sold.

When the time came for me to sign up for housing, I immediately selected the FYE (First Year Experience) housing with Kahn in mind. I completed the separate application for sustainability housing (Kahn) and then began the somber period of waiting until housing Info was returned.

When the greatly anticipated email came notifying us of where we were placed, I just KNEW that I would be in Kahn. To my (at the time, [more on that later]) disappointment, I wasn't placed in Kahn; I was placed in Saunders. "What is Saunders?" I said to myself. After doing a bit of research I learned that Saunders was actually a part of Lord-Saunders, more lovingly known as Afrikan Heritage House or A-House. I further realized that A-House was one of the program houses on campus, for which there was even a separate application required (one that I never filled out).

In my pre-first-year mind, Kahn was the only way. I thought, "How could I live without the beautiful TV lounges or coveted air-conditioning?!" I even went so far as to put myself on the waiting list for Kahn—I never heard back from that (ok ResEd...). I tried to find more pictures of A-House online but was unable to, so when I got to campus I really had no idea what to expect.

Fast forward to move-in day. When I finally got to my room, my initial impression was "Wow, this is spacious." I began to notice the nice furniture, semi-well-painted walls, and beautiful tile. "This might not be so bad," I uttered. Fast forwarding again to my first house meeting. I met my RA, and the whole house gave introductions. We went through the opening process and official business orders; all of which occurred in the most spirited and fun of fashions. Someone then started to explain the history of the house, its mission, and what our role was in maintaining its legacy—we closed by singing our beautiful house song.

It was that night when I realized how lucky and privileged I was to be able to live in A-House, and share in the community. I was so blinded by the beauty and novelty of Kahn (and not even the sustainability aspect, as many people aren't really focused on and that's a problem of its own) that I almost missed the great opportunity in front of me—the opportunity to live amongst other people of the African Diaspora, to share and fellowship with people that look like me, and to meet people in all different stages of their career at Oberlin.

This is all to say that any prospie or incoming first-year looking at housing should DEFINITELY look beyond Kahn and into some other program housing, or other residential opportunities. Similarly, don't fret as I did over where you're placed. I know people in all different dorms, from north to south campus, living in places that weren't necessarily their first choice and loving it. It's easy to miss the moon when you're stuck on the stars. Trust me, one can live without air conditioning (even in the warm hot Oberlin summer); everything will work out in the end. 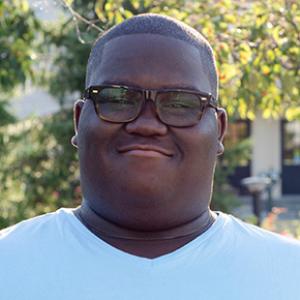