Like a lot of people, I have an unfortunate tendency to form very quick first impressions. I usually try to force myself to hold off on passing judgment on things like teachers and classes, but I think that it's ok for me to have an opinion after five weeks have gone by (clearly, I am not as patient as Tess). Without further ado, these are my classes: 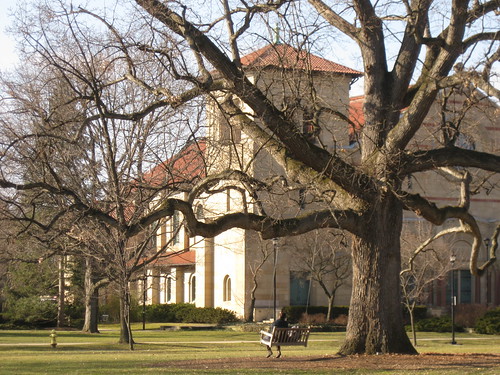 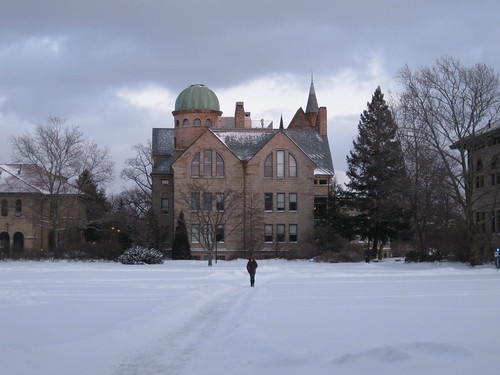 Exco 460, Reading Downton Abbey
Since I didn't end up getting into any excos first semester, I was determined to take one this time around. When I went to the exco fair, there were a few classes that caught my eye, but when I saw that there was a Downton Abbey exco, I knew that I had to be in it, by hook or by crook1. Luckily, I got into the class off the waitlist and so far, it's been great. The class is structured so that we have viewings every Sunday and then we discuss the episode (or episodes) that we watched along with a book from the era that relates to the episode's theme. I watched the entire first season with my family and kept up with the second season during winter term, but I didn't have that many friends who were watching along with me, so it's a welcome change of pace to have a community that understands my enthusiasm for Downton. I only wish that I had more free time to read all of the books that go along with each unit. 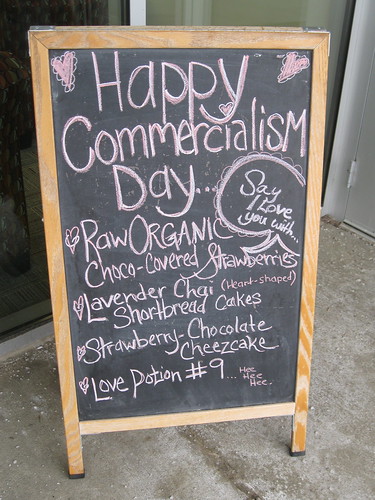 February 14 - My first reminder that it was Valentine's Day.

Anthropology 101, Introduction to Cultural Anthropology
This class is exactly what it sounds like, a broad survey course intended to introduce students to the discipline of anthropology. My Dad had warned me that the readings would likely be dry and dull, but so far, he's been proven wrong. Most of the readings are basically field reports from anthropologists with a few notable exceptions, such as an article by the justly famous Jared Diamond about crowd diseases and epidemics. Aside from the readings, the professor, Jack Glazier is great. I was a bit worried on the first day of class when I noticed his graying hair and elbow-patched blazer, but he has turned out to be very funny and of course, very knowledgeable about his subject area. 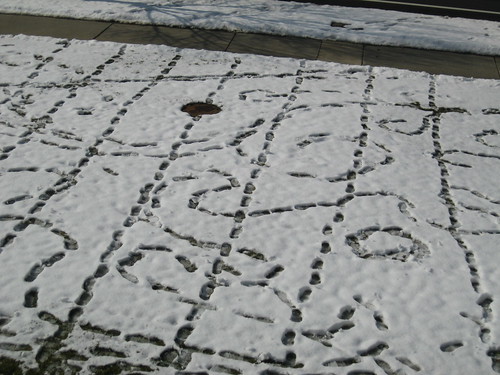 February 15 - Someone made some patterns in the snow.

German 102, Elementary German
As I mentioned in a previous post, I took skated through a lot of language classes before I came to Oberlin, and while my previous Hispanic Studies class at Oberlin wasn't exactly a walk in the park, it didn't require a lot of studying since we weren't learning any new vocabulary or grammar. German 102 is a different beast entirely. This class is fast-paced and even though I came in to it with the equivalent of two years of high school German, almost all of the grammatical concepts are new to me. (Don't worry, mom and dad, I've started studying!) We don't have a lot of tests, but I'm realizing now that if I want to do really well in college German, I should be studying almost every night as opposed to only studying before tests. 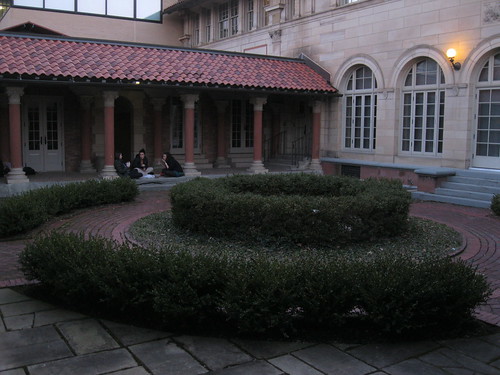 February 17 - Art rental at the Allen.

English 239, History and Structure of the English Language
As anyone who knows me well knows, when I love something, I can't keep myself from talking about it. Therefore, I think it's pretty easy for most people who know me to see that I love this class! I will gladly talk anyone's ear off about Indo-European or the i-umlaut vowel shift or Vikings or any of the new things that I've learned in my English class, even if I'm the only one that finds the "fun facts" that I present fun. The readings from the textbook can be a bit dry and the outside work is a significant time commitment if I actually want to do it thoroughly, but the material is so fascinating that I don't really care. An added bonus is that the professor, Jennifer Bryan, is fantastic, very well spoken and funny. For example, she's already compared her daughter to an Anglo-Saxon scribe on a few occasions and professed her love for "Medieval action movies," not to mention that class when we listened to Destiny's Child. 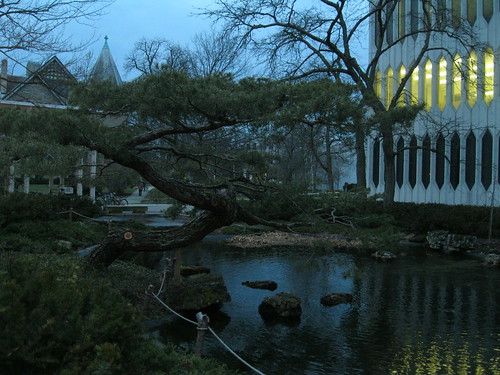 February 21 - The conservatory at night.

One of the great things about my schedule this semester is that my classes tend to connect really nicely. For example, when my German professor asked for an example of a strong verb in today's class, I came up with one relatively quickly because we talked about Old English strong verbs (which overlap with Modern German and Modern English ones) this week in my English class. All in all, my classes this semester require a fair amount of work, but it's mostly work that I'm happy to do. 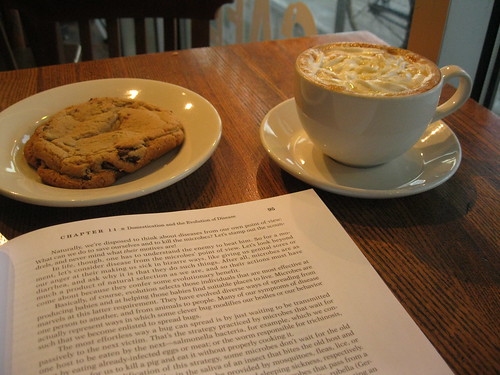 February 26 - Studying with a snack in Slow Train.

The photos are unrelated to the post itself, but I did a photo a day challenge in February and I couldn't resist sharing some of them with you guys. I hope you enjoyed them! 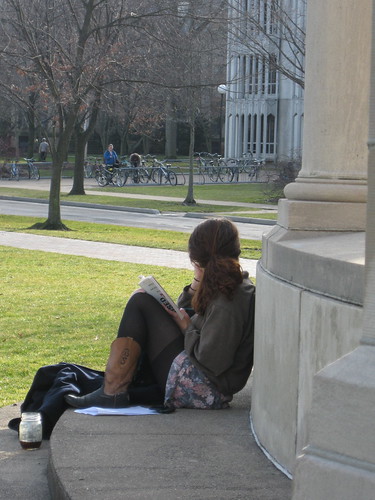 February 29 - The perfect sort of day to get some studying done outside, just like in the admissions materials.

An interesting assortment of classes - I always enjoy your blog - you make Central Ohio sound like a destination not to be missed! Your photos are wonderful as usual - maybe you could do the admissions brochure next year!

I'd like to share your blog with my son, Alex, who is a junior at Nisky.
If he has even an ounce of your passion for learning when he hits college I will
be thrilled! Keep savoring every morsel!

Mom: Thanks for the compliment and for bringing the Nisky moms to my blog!

Susan and Suzanne: I'm glad you're enjoying my posts! As far as I'm concerned, Oberlin is a destination not to be missed.

JACK GLAZIER. I love that man, and I love his classes. And he did research in my homestate of Kentucky!

Anthro 101, regardless of who's teaching, is a class that's worthwhile for every Obie. I took 101 from a visiting professor, who took a carload of students to West Side Market to do practice field work. Best. Class. EVER.