Halloween on a Friday Night. A great thing.

Earlier in the week, the college's costume "shop" sold the old costumes from shows and operas past. I clocked in pretty well, nabbing a leather dress (!), suspenders, shorts, a skort, a black blazer, a shirt/sweater and a hat for $22. I really love the feel of these clothes -- most of them were used for about 3 weeks at most on an opera. I like feeling like a "character," sometimes.

The costume sale itself is always a lot of fun, and a study in co-operation. Too many people cram into the lobby of Hall Auditorium; there's one bathroom, 2 mirrors, and not much privacy. There's a problem that when you put your own stuff down to try other things on, someone might unknowingly try to purchase your clothes. Although there's so little space, so many pairs of amazing cheap clothes and so few opportunities to see what you look like, students get more polite. There was a quiet line by the mirror to scope out how well the new top hat (or blazer, or pants) looked.

Sadly, I used none of those clothes for my costume. I went as Bettie Page, which is hard to do.... in public. For the sake of Oberlin College, I won't do too much description. Suffice to say, I looked classy. 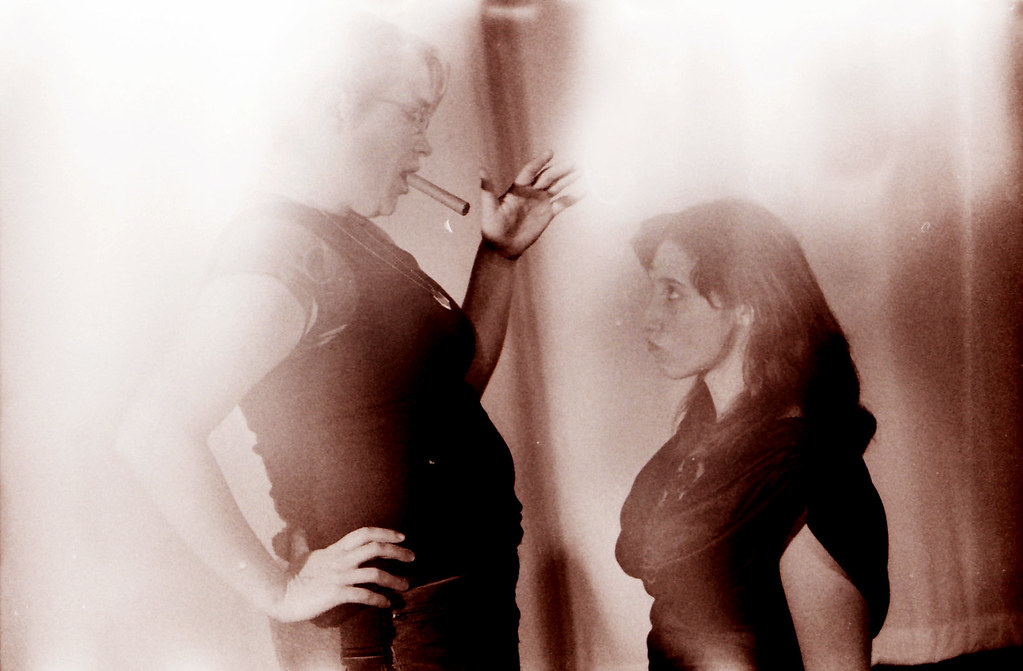 Izzie (as Starbuck from BSG) and I. Credit: Ma'ayan Plaut

We had a special day in astronomy. Prof. Stinebring had to go to a huge conference, so the observing staff taught a lesson about the life cycle of our sun. To make things a bit more exciting (Halloween and all...) they wanted some circus stuff there. So, I gathered a few jugglers; Ali was already in Astronomy and prepared to spin poi for glory and honor. The performers did an awesome job; they were used to show different phases of solar activity, as stars move from the Main Sequence, to Red Giants, Planetary Nebulae and White Dwarfs.

After class, I finished my weekly response for Professor "Captain" Kirk Ormand, then went to TGIF. During the warm months, TGIF is a big outdoor party in Wilder Bowl, right by the Student Union. Sometimes there's a dj, sometimes a live band. Students chill out, relax after a week of work. The circus uses the time to give lessons, juggle and mess around for a while. Given the oncoming train of winter (despite the 65* temperature)... there was no outdoor music, as normally, but there were still many people about.

A bunch of folks were in costume - Poison Ivy, Rorschach, Dr. J and Mr. Hyde, a Romance Novel Character, Harley Quinn, Starbuck, Scarecrow, Spider Jerusalem. There were a Belle and Prince Charming who kissed theatrically in the center of the quad; we applauded. I sat on the grass and listened to a folk duo on fiddle and guitar for a while; a Tuxedo Mask gave me a slim rose.

Orville taught me some new acrobalance moves, so I can lift more tiny people around. My favorite was the "lazy man's sit-up," in which I, the base, lie on the ground, knees bent and arms up at a 90 degree angle. My flier (tiny person = flier) stands on me in a funny way, a foot on each of my thighs and their hands on my hands. When they lean back, I do a sit-up and move to standing, with them standing on my thighs. Basically, it makes the Tiny Person look super-strong, when it's actually physics that's super-strong.

In preparation for Halloween, Ma'ayan took out the media lab in the library. Mudd Library is an absolute fantasy castle - there are a kazillion little rooms that all have magical purposes, that you never know until you need it. There are screening rooms, a computer store, a theatre, statues, writing centers, study carrels, womb chairs, group study rooms, huge computer labs, a silent floor, a sunbathing roof, rainbow couches, storage, old printing presses, a "dock" and a photo studio. A hundred Rooms of Requirement.

This one was on the fourth floor and was a full studio, made for photoshoots. It looked like something for Hollywood, not our very 70s library. About 20 people filtered in and out, throughout the night. It was a blast; there were posed gunfights and cross-canon flirtations (Mrs. Lovett + Poison Ivy). We got pretty giggly under the bright lights. 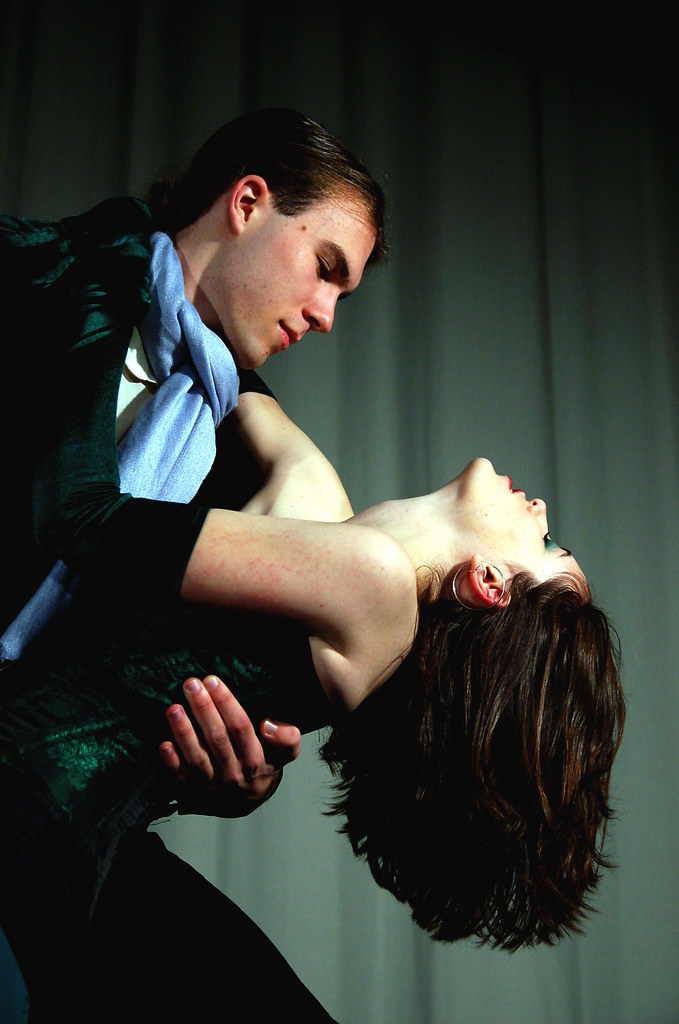 I love this holiday.

After photos, I went to The Breakfast show at the Sco and danced for 2 straight hours. The Sauce opened and were incredible, as usual; the Breakfast was very danceable, rock-jazz-jam with little openers of songs from cartoons. Looking around, the crowd was surreal: elves danced with cavemen, Clockwork Orange droogs moshed around, zombies and faeries flowed around the sides of the stage, a dinosaur waggled its tail to the beat.

As for me, I thrashed. Thrashing in Bettie Page shoes... was a poor choice. I staggered home, brushed my teeth and collapsed.

I woke up 20 minutes before work, still in my Bettie Page costume. It's amazing how fast I can shower, change clothes, brush my hair and put in my contacts. I took an extra minute to fold my costume, giving my respects to Ms. Page.