This winter break, I had the wonderful opportunity of being able to host my fellow Oberlin friend, Jenny, from China. Because she was unable to fly all the way back to her home in Xiamen, China, inviting her to stay with me and my family in our home in Naperville, Illinois - about an hour from Chicago - seemed like the perfect solution.

Both of us being piano performance majors, the one thing we were both nervous about was definitely "how are we going to share the piano?" Luckily, we are both nice people (maybe too nice) and knew how to share our practice time: "Do you want to practice?" "Tell me when you want to practice." "Seriously, you can practice if you want." "No, it's okay, you can keep practicing."

The first thing we did was go downtown Chicago. With another friend of mine, we hit some of the major tourist spots of Chicago - The Bean, The Bean, and The Bean. 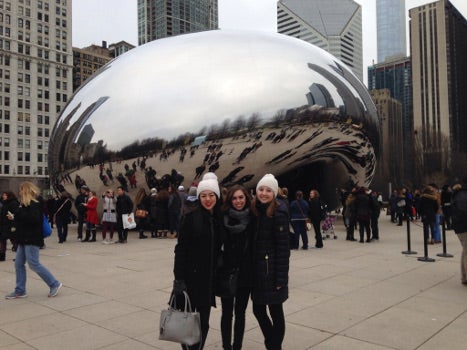 AND I got to take Jenny ice skating for the first time! The next day, we baked and decorated cookies, another first for Jenny. 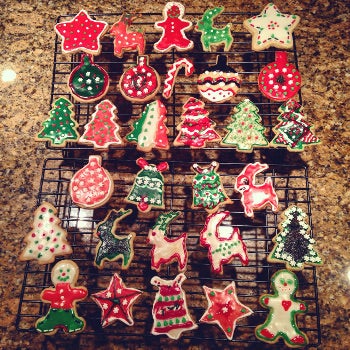 It was Jenny's first time celebrating Christmas, so it was fun being able to explain to her how it works and showing her where to put the gifts - under the tree. 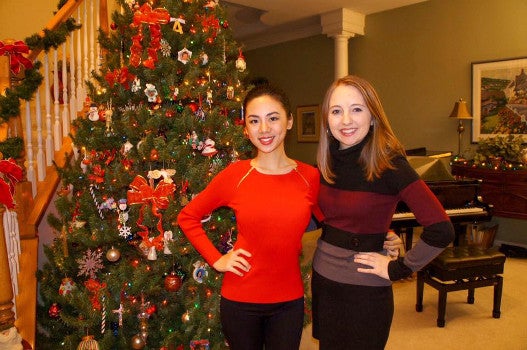 Being able to share my home and my traditions with Jenny made me even more curious about her culture and background. Having her in my house made me more eager to resurrect the four years of Chinese I took in high school and start reviewing it again. I even downloaded WeChat (微信), a social media app developed in China and started using it to further practice my Chinese. At my house, Jenny did some cooking...and I even tried a few Chinese recipes as well. 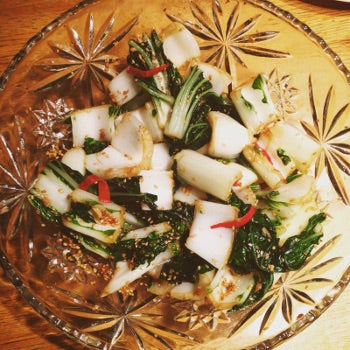 Spicy bok choy. Before I cooked this, I had no idea there was a vegetable called bok choy.

From this, I learned a lot about Jenny's high school being wildly different from my own. She went to school from 7am to 6pm, took an hour break and came back for night school from 7pm - 10pm with homework to complete afterward. In fact, she said their scores were posted publicly and students were ranked according to their scores. It was hard for me to even imagine!

On one of the last days of our stay, we went to Chicago Chinatown and ate dim sum - which is an amazing Cantonese cuisine involving small plates of different foods (try it if you haven't!) - and Jenny gave me the thumbs up that it was pretty authentic (unlike most American Chinese food). 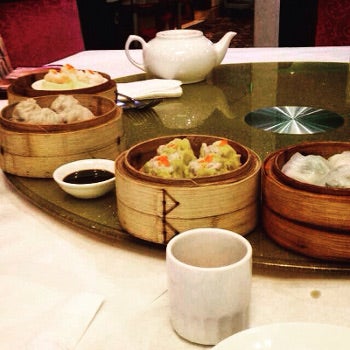 I learned that eating and food holds high importance in Chinese culture. I was confused as to why Jenny kept asking me if I already ate practically every time we said hello, until I discovered that in China, asking "Have you eaten?" is a common greeting.

It was a really amazing experience getting to have Jenny in my house for two weeks. It's also really great to have a friend who's still working on their English while I'm working on my Chinese, because we are never afraid to ask each other questions about the language, correct each other when we make mistakes, or just straight up laugh at each other.

"Wow look at all the penguins in Chicago!" "What? Oh, pigeons." 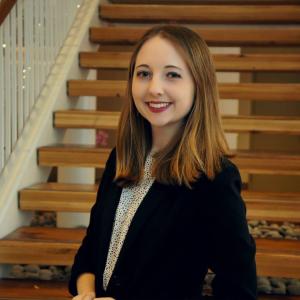