My friends at other schools don't really get Winter Term. I joke to them that it exists so we can avoid January in Ohio, and for a lot of students that's true. But I actually love spending Winter Term in Oberlin. It's a great time to meet new people, or get to know people better (my girlfriend and I started dating over Winter Term :) You can dabble in all the cool things on campus that you don't normally have time for. And you can watch other people's projects in the making - and often do more than watch. This year I'm shooting some scenes for my friend Anna's film, and last year I was a movie-viewing buddy for a friend whose project was about dystopian cinema. It was tough work, of course, but that's the kind of friend I am.

My first Winter Term, I took an intensive Greek course. For four hours a day we met under the tutelage of an advanced Greek major, who drilled us relentlessly on conjugations and declensions. When class let out, I hiked up to the fourth floor of the library and studied. It was intense, but at the end of the month I jumped into Greek 102 and had a blast.

This year, I had different goals for Winter Term: do something more independent; get out in the community; and make time to hang out with awesome people. With that in mind, here's a day in the life from my glamorous Winter Term. 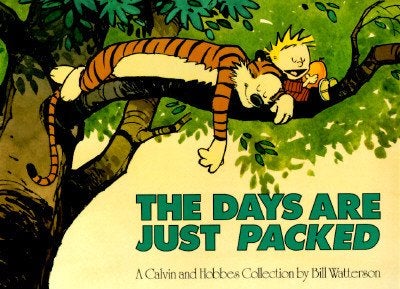 Morning: I get to admire the previous night's fresh, glittery snowfall as I trudge through it on my way downtown. One of my two (totally unrelated) projects is an internship at the Oberlin Heritage Center: with two other students, I'm restoring an antique dollhouse. Thus far, my work has involved camping out in the basement of a gorgeous old house (the OHC HQ) to pore over museum catalogs, old issues of the Ladies' Home Journal, and books about architecture, sociology, and interior design. I've also had some cool brushes with Oberlin's past while hanging out at the OHC - for example, one of the upstairs rooms contains Charles Grandison Finney's armchair! Tomorrow I get to visit a local conservation lab and start playing with some of the dollhouse furniture. ("Playing," of course, means cleaning it up and working out floor plans. Still - fun!)

Lunch: A few co-ops stay open over Winter Term, and anyone can sign up to try out the food. As always, I'm eating in Harkness. It's smaller than normal (we've got 20 folks now, as opposed to 100+ during the semester), and appropriately cozy and laid back. Winter Term co-ops are a great chance to pick up new kitchen skills, since (unlike normal co-ops) you can sign up for a different job every week. Arianna and I have worked out a skill swap: I'm teaching her to make cheesecake, and she's taking me on as her bread-making apprentice.

Afternoon: Remember when I said I probably wouldn't talk about tile in this blog? Guess what - I was lying. In fact, tile probably deserves a whole post of its own (oh, great...), but here's the short version:

Last summer I went to an archaeological field school in Italy, a joint venture between Oberlin and Oxford. We found (among other, flashier things) a whole lot of Roman roof tile - which bored some (most?) people, but really intrigued me. This summer, if the archaeology genies allow it, I'll be helping to analyze the tile we found and prepare it for publication. But first, obviously, I need to know how. So Winter Term Project #2 involves research about Roman tile manufacturing and the archaeological properties of clay, to figure out what we can reasonably learn from our tiles and what data we need to collect to do it. 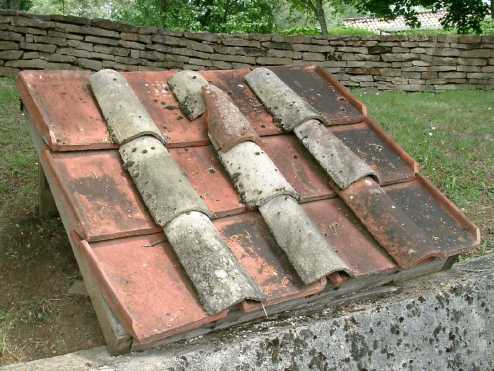 This is part of a Roman roof! Isn't it pretty?

This is my first major research experience, and so far it's ridiculously fun. As I said to a friend last night, I feel like I keep running up against brick walls. But they're small ones - maybe shoulder-height - I just need to pile up enough journal articles to give me a boost, climb over the walls, and keep on movin'.

Evenings and Weekends: Just as busy as during the semester, but they're jammed full of fun hanging-out stuff instead of meetings and study breaks. So far these have included, but have not been limited to:

I'll try to post about a lot of this stuff, since hey, spare time! (Although I will not blog about updating my blog, since that would get obnoxiously meta.) Suffice to say, it's going to be a good month.

Also, Daniel bought the bestest game ever; it's like writey-drawy but with dry erase markers and suggestions and stuff.

This weekend's fancy meal will include as many rounds as our stomachs can handle. We laughed so much we had to stop because of the stomach cramps we were getting.

Can you take some pictures of the dollhouse? I would love to see before and after!

@Ma'ayan: Of course there will be pictures! I spent a long time this morning taking photos, because we're going to take the whole thing apart and we need to document where all the screws go. We also figured out where the furniture is going to go, and took pictures of that. (Among the furniture is a homemade toy box with tiny dolls, for the dolls to play with... self-referential and adorable!)

So pumped up about Saturday's West Side trip and eating some good food. Daniel's game sounds amazing :D

@Anna Yeah you are! Notice that I mentioned your project before I mentioned either of mine, too. If you put it up on YouTube, I'll post a link...

We are also undergrads studying archaeology and working on a 3-D reconstruction of the Domus Aurea in Rome. We were wondering if you could give us permission to use a piece of the picture of roman roof tiles from your blog. We will not be using it for commercial use and will of course attribute the photo to you and your blog. Please let us know asap.