The relationship between the Con and the College can be confusing. Double Degree? Private lessons? Pre-professional music training alongside world-class liberal arts? What does it all mean? How does it work? Summer admissions intern Matt is a double-degree student pursuing jazz trombone and computer science. Here's his take on the Con, and on jazz in particular!

Everybody Wants to be a Cat

Jazz at Oberlin often takes a somewhat mysterious air. Most of the majors spend their hours in Kohl, and only a brave few from the outside world venture in there. Some admire jazz kids for their spontaneous creativity. Others wonder why any sane musician would leave their instrument lying around in the lounge. But what do the jazz majors actually do? I'll attempt to shed some light on the world of jazz at Oberlin (with a little help from Hank, my yellow cowboy compatriot).

All the magic begins in Kohl. Unlike some of the jazz students, Kohl is clean and shiny. It's definitely a huge step up from the Hales Gym jazz building of old (which is almost certainly haunted). Hanging out in the first floor lounge of Kohl is an education in and of itself, as there's constantly people playing music from their computers or chowing down on an Agave burrito. 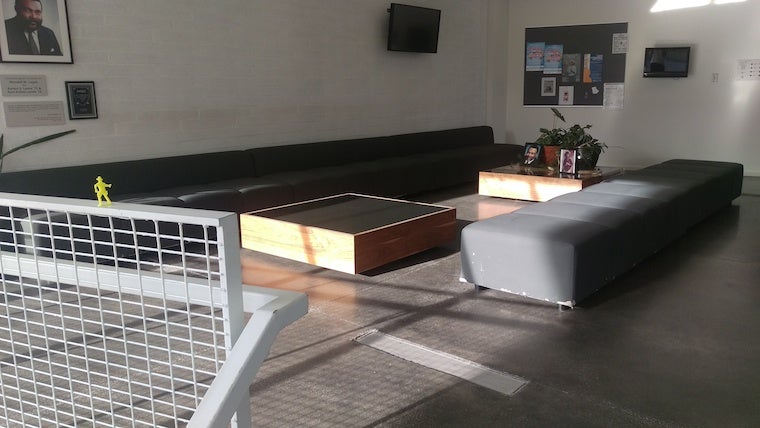 Hank is pointing to my typical slouch couch.

The nearby ensemble rehearsal rooms are also a great source of musical inspiration, as small groups can usually be heard late, late into the night. The big band — Oberlin Jazz Ensemble — rehearses in the studio, and Dennis, the bandleader, never seems to run out of hilarious stories during rehearsals.

Up one weird-looking flight of stairs, there's a computer lab and practice rooms. This is where the core of Oberlin's jazz evolution takes place. Lessons, practicing, transcriptions, and original works-in-progress all live on this floor, and there's nothing like some quality time with your instrument in the practice rooms here to work out the kinks in your playing. 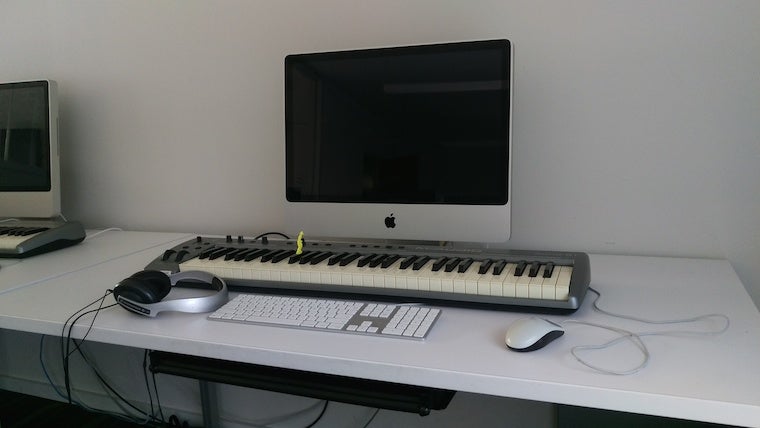 Hank is partial to the key of F# because he loves to watch musicians suffer.

Finally, to top it all off both literally and figuratively, the SkyBar up top is a phenomenal place to get academic work done. You can read more about the SkyBar in Eoin's blog! The third floor here is also the home for the National Medal of the Arts. 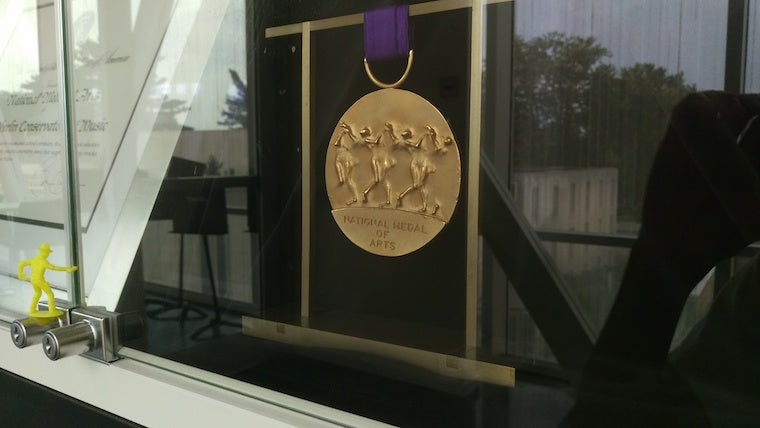 Hank has tried unsuccessfully to steal the medal twice now.

Warning! The third floor can be a dangerous place, as it's common to find wild animals like elephants or theory professors here. Extreme caution is strongly advised. 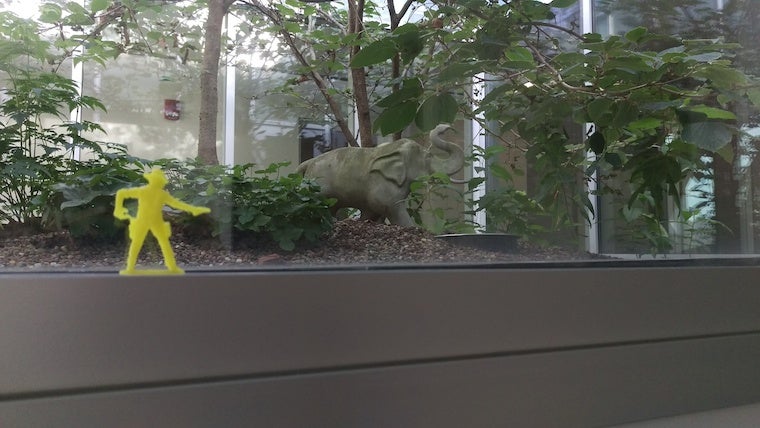 Hank and I moved stealthily past the elephant.

Jazz Forum is probably the most frequent performance platform for the jazz majors. This is essentially a public studio class, if you consider the entire jazz department as one studio. Every Friday at lunch time, jazz majors and enthusiasts make their way down to the Cat in the Cream for a huge cookie and some music. Usually packed to the gills, it pays to arrive early to Forum, and snag yourself one of the comfy couches towards the back. This being said, Jazz Forum is generally slow to get moving, much like the jazz majors themselves, so don't worry too much if you're running behind. Usually two groups will perform, and after each performance they open the floor to comments and questions. A friendly word or two, or some constructive criticism is welcomed and encouraged, and sometimes it just becomes a conversation between band and audience. I'm always impressed by the range of music, from more traditional straight-ahead jazz to modern piano trios and original compositions, and this is a weekly must-see for me. 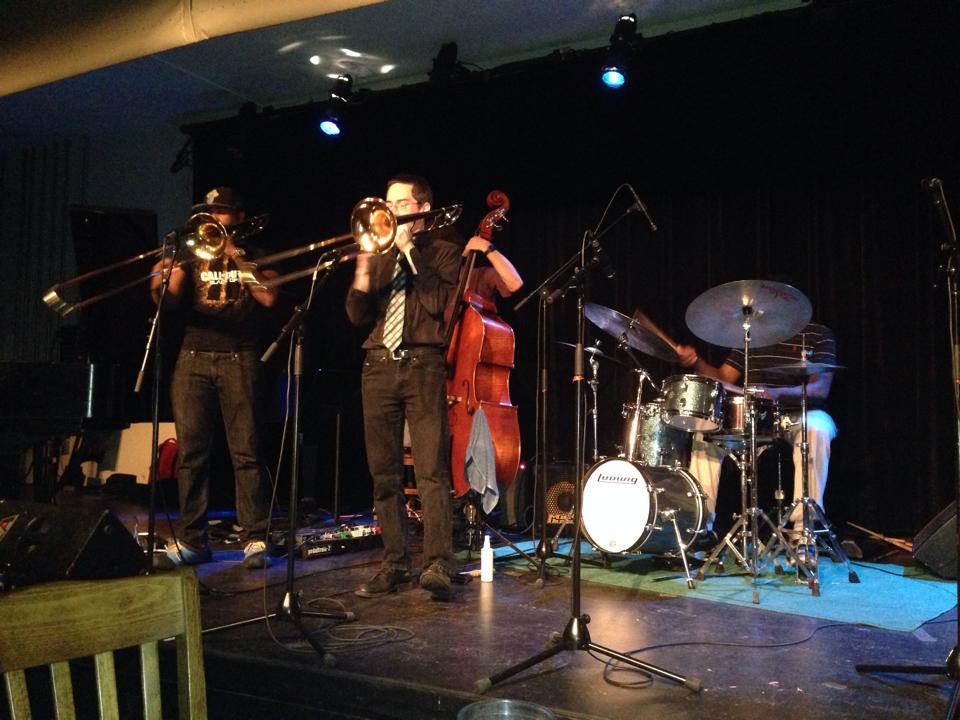 Jazz forum looks something like this; Hank was out of town this day.

We can't finish a discussion of the jazz program without talking about the jazz majors themselves. Jazz majors get a reputation as some of the chillest, most laid-back people you will ever meet. Honestly, this stereotype is 100% accurate, and I definitely believe it's a direct result of the music we play. The prevailing jazz major attitude is an optimistic "it will all work out," which is really a necessity when most of the music you play isn't explicitly prepared ahead of time. We're relaxed almost to the point of occasionally being underprepared. 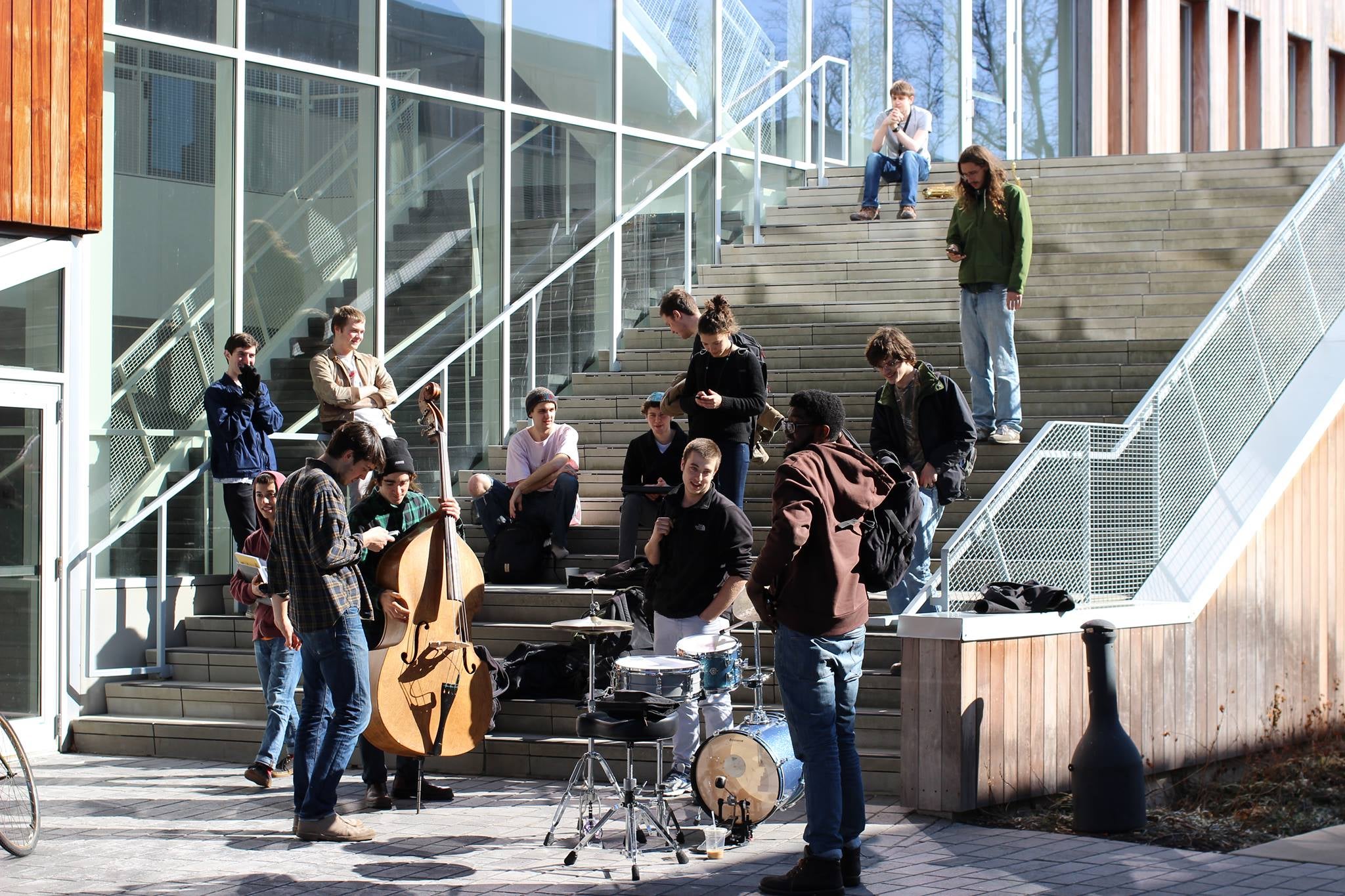 But, as before, it always works out.