What is Winter Term?

“Oberlin’s winter term enables students to pursue academic interests outside of Oberlin’s regular course offerings. During the month of January, students complete faculty/staff-sponsored individual or group projects of their choice, either on or off campus. Projects may be proposed by faculty, students, and occasionally by members of the administrative and professional staff and alumni.

For the student, winter term is an opportunity to dedicate energy full time to one intensive project or, alternatively, to two half-time projects.”

Let’s cut through the buzzwords – what does that look like?

In my first year, I went to a circus school in Seattle to attend a January circus program created by Obies. It was an individual project, but I received funding support from OCircus!, and attended the program with one other Obie.

During the first two weeks in the Tumbling/Acro module, we did Tumbling, Partner Acrobatics, Handstand/Hand-balancing, Trampoline, German Wheel, Unicycle, Mini-tramp, Modern Dance, Tightwire, and Object Manipulation (Juggling, Diablo, Stick Balancing, Spinning Plates, Rolling Globe). In the second two weeks, during the Aerials module, we did Fabric/Silks/Tissu (whichever name you prefer), Trapeze, Lyra, Single-point Trapeze, Sling, and a little bit of Cyr Wheel. Through both modules, we did Flying Trapeze twice a week.

In my second year, I travelled to Guadalajara to learn Spanish, with absolutely no prior experience. It was a group project, so I went with several other Obies. We were in class every weekday, and spent almost every weekend travelling. 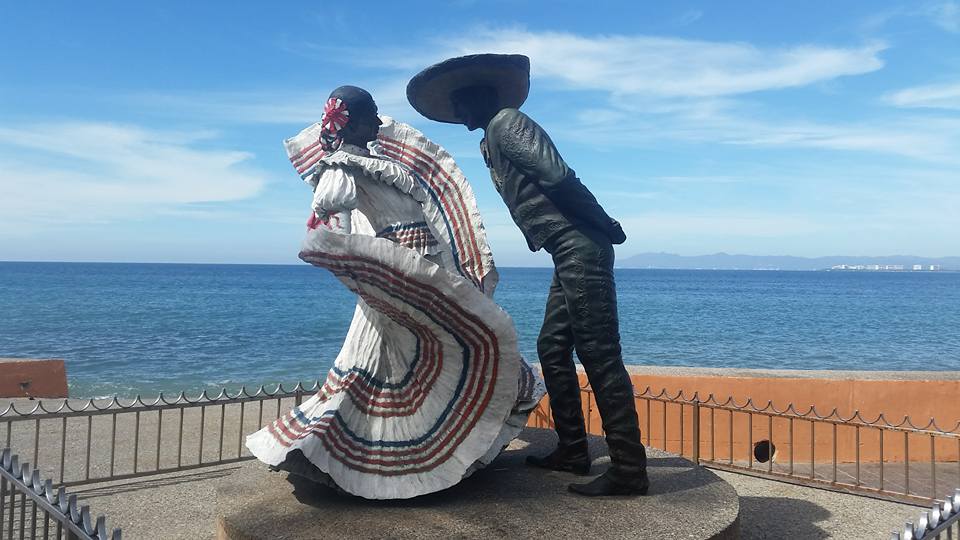 In my third year, I created my own individual winter term project (unlike my first year, where I attended an existing program). I travelled to Brooklyn, NYC, crashed on the couch of an alum/friend named Ben, and trained at the Brooklyn Zoo every day – they had a great monthly membership, $100 for unlimited classes and open gym! – and attended a few stunt training workshops I could get access to.

In my final year, my situation was different. I had completed the three winter term requirements, so I decided to stay on campus with my housemate and train. Then I got a meniscus tear, so I needed to stay anyway to get surgery.

And at the very last minute, one of my best friends invited me to be in a play, A Nacht a Sheyne, which she was directing, that another one of my friends had written (which would have counted as a group winter term project, but I didn't need the credit).

The independence of winter terms, to me, is what liberal arts is all about.

Let’s go back to what Oberlin prides as its values. Its mission statement reads:

“Oberlin educates students for lives of intellectual, musical, and artistic rigor and breadth; sustained inquiry, creativity and innovation; and leadership. Oberlin aims to prepare graduates with the knowledge, skills, and perspectives essential to confront complex issues and to create change and value in the world.”

How would you do that all in a classroom? You don’t.

It is my belief that you can’t force anyone to learn, especially all that buzzword-y stuff. The best you can do is give them opportunities to grow, maybe a little push of motivation, and some support when they fail. But fundamentally, it’s all on them.

(Side note: Right now, I’m making my Artificial Intelligence final project using Reinforcement Learning – where in essence, a program learns to solve a problem by trying it over and over, failing, and learning from its mistakes. Most AI techniques I’ve learned about are modelled after how humans learn!)

My first winter term felt like I had been thrown in the deep end.

No one told me what to do, so I had to find it myself. I took a risk, travelling to a new place, to do something I really hadn't done before. And I made my own connections, which are still paying off – just the other day, I skyped someone I met at SANCA during my winter term to talk about circus career paths, which I'm somewhat considering (I might never have found circus if it wasn’t for that chance that I had).

The point is, winter terms are completely individual. You can do whatever you want, for a month. They’re opportunities to try new things, take risks, and grow.

Now sure, some students will abuse the independence and do something inane at home and take the month off.

But I’d bet that the majority do something they’re passionate about, and often, something unconventional – and almost everyone I've ever talked to about it has done something cool. Turns out, when given the kind of opportunity like a winter term, people make the most of it.

Liberal arts students are sometimes accused of being coddled and insular, but I’ve felt the exact opposite way in my time at Oberlin. I’ve gone out of my comfort zone, I’ve been challenged, and I’ve grown so much.