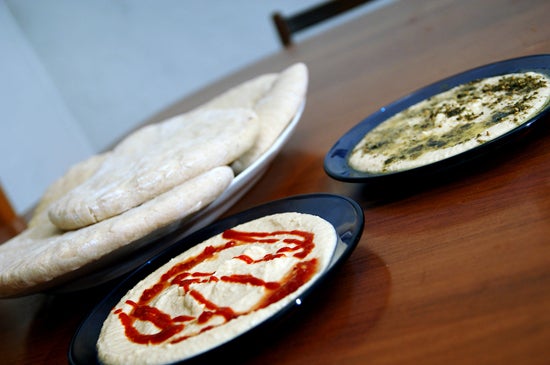 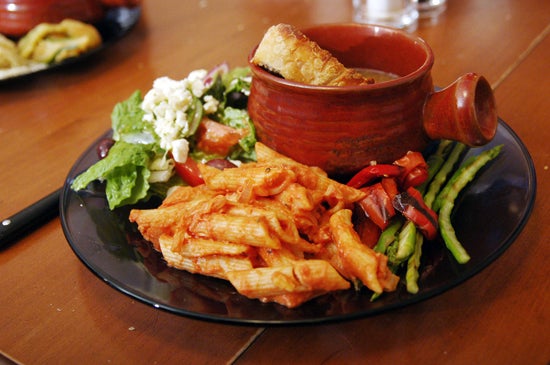 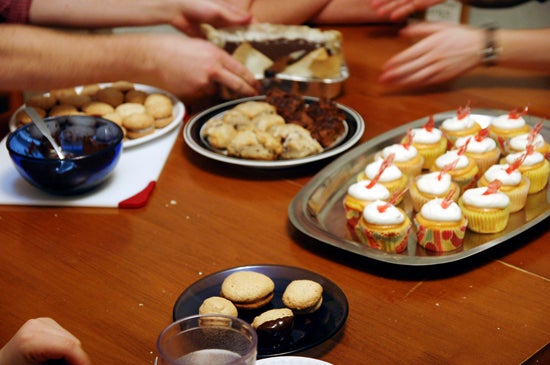 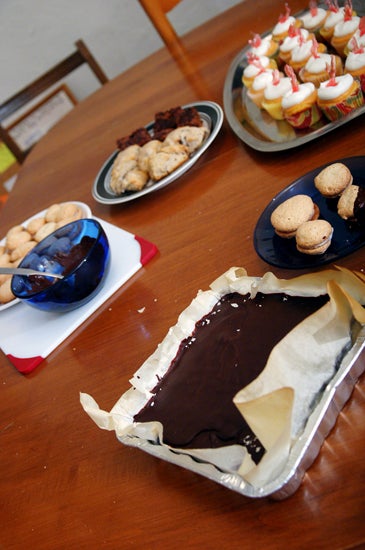 Stop drooling on your keyboard. Surprisingly enough, this Winter Term post is not about food. It's about fashion.

I stopped by Betsy Bruce's table to look into From Yarn to Garment, a class that started from purchasing yarn to weaving cloth to making a full garment. It seemed amazing... and then I ran into a friend who was directing Steel Magnolias, one of my favorite plays. He offered a Winter Term project to make a documentary of the production of the play. I really wanted to make a documentary, and it meant I would get to work with Geoff Pingree, one of my favorite professors at Oberlin (more on him in a future post). So, sadly, I decided against From Yarn to Garment. I regret this decision to this day.

Last Winter Term, I had a great internship in New York, and Daniel was taking the From Yarn to Garment class for his first Winter Term project. I heard all the stories on the phone, following the thread (Punny! Get it?) of the class from New York and Massachusetts where the students chose yarn from a giant yarn warehouse after deciding on their projects, back to Oberlin where the looms were threaded and the warps were wound, through the creation and completion of their final garment. Luckily I returned to Oberlin just in time for the fashion show at the FAVA gallery, a catwalk of textile students modeling their own clothing.

This year, I barely left my house for my project (but then again, why would you leave a house full of good smells and tastes?), but I did leave for this year's fashion show. Last year's group was obsessed with outerwear: coats, cloats and shawls, many of them with high collars. This year's class made a variety of fitted outfits, including many shirts and dresses. Daniel wore the coat he made last year to the runway show, and got many compliments on it from students and community members alike. You'll see Daniel and his coat popping into many of the photos below.

I am a huge supporter of functional art, and art you can wear is some of the best kind. What an awesome class! 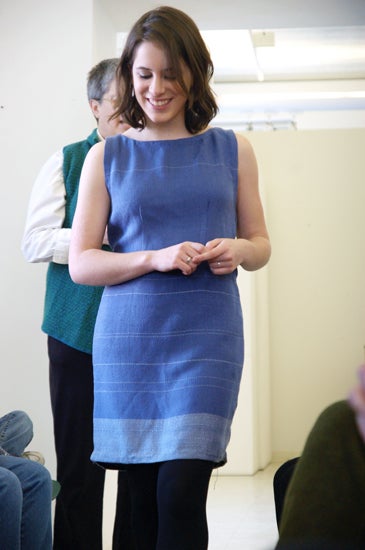 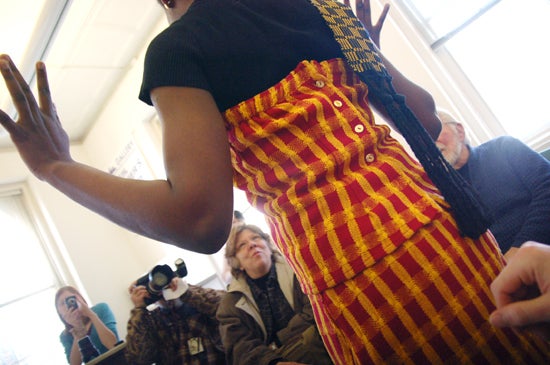 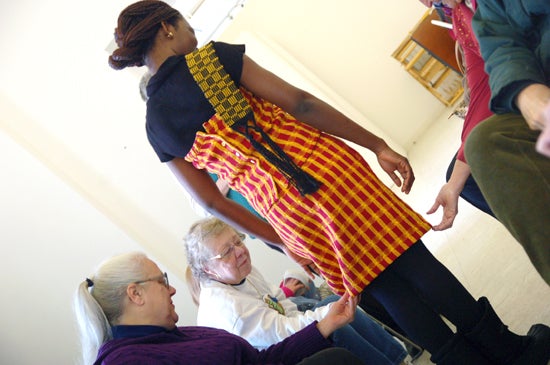 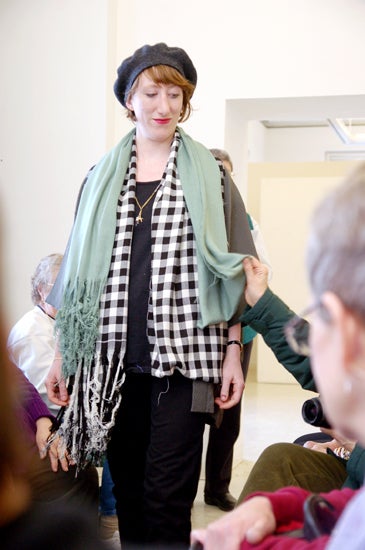 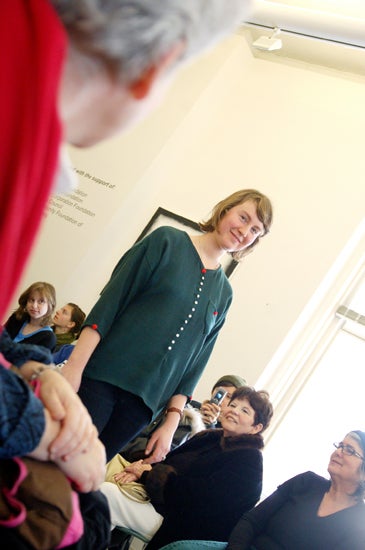 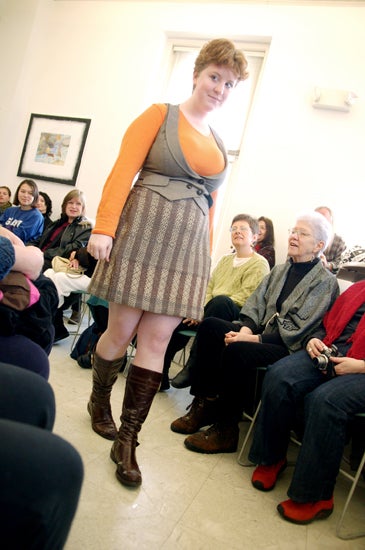 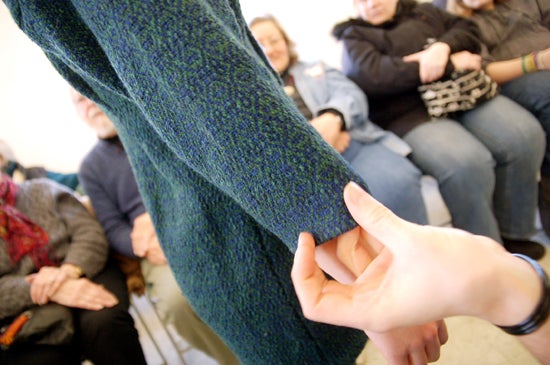 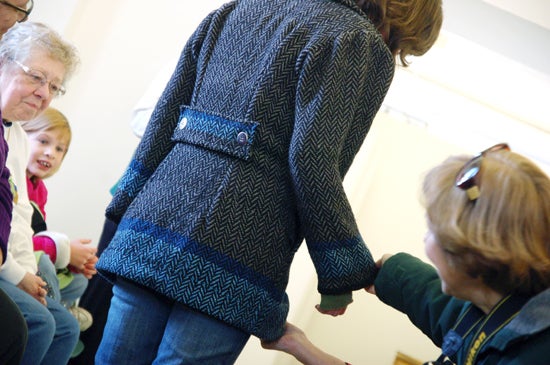 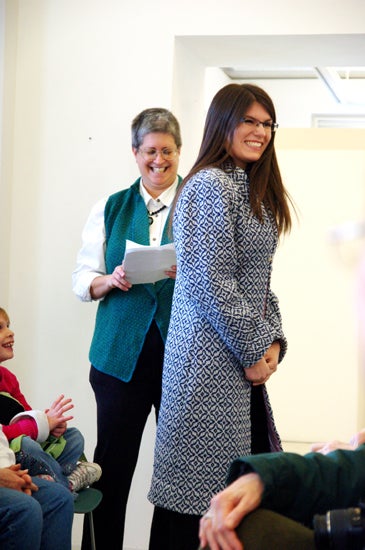 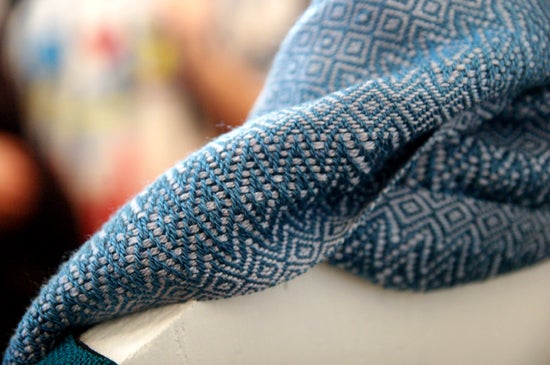 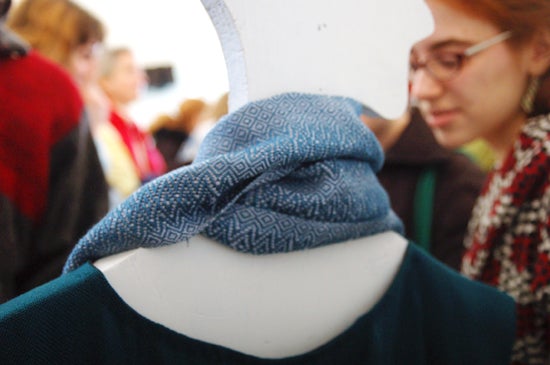 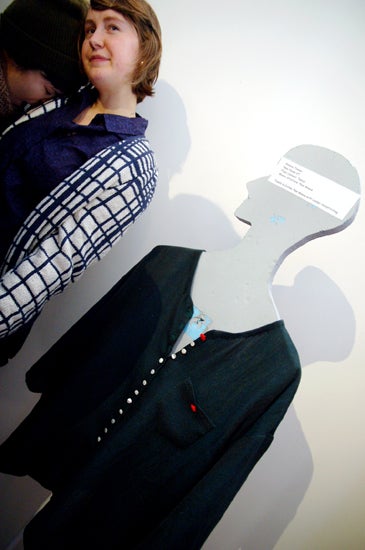 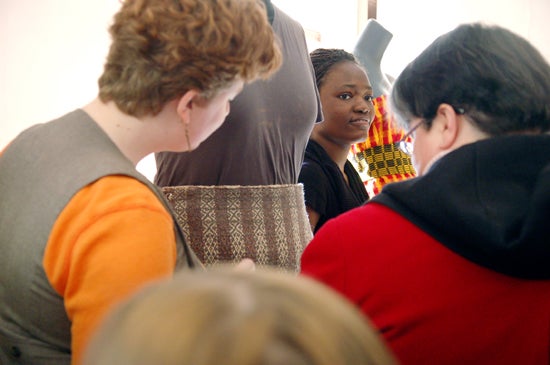 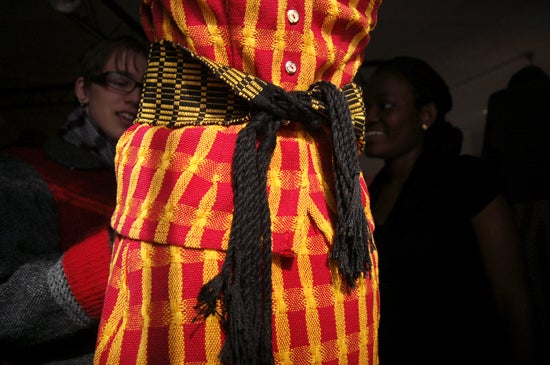 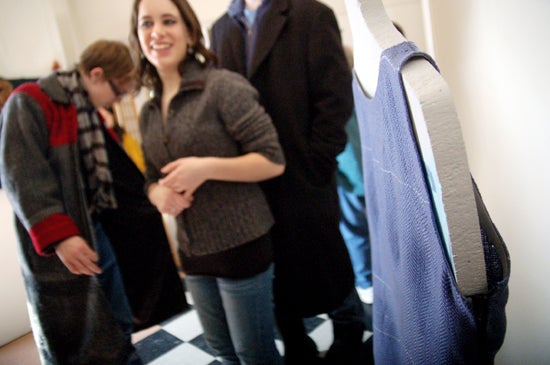 In the vein of Winter Term final projects, I saw Love's Labour's Lost last week, one of the many Winter Term theater productions. I have tickets to see All in the Timing this evening, and tickets for Intimate Apparel on Saturday, plus future shows of Betrayal and The Last Five Years are lingering in the distance. Again, we are back to the balancing act of the Oberlin theater club. I'm quite happy for it.