Since matriculating at Oberlin, I've never ventured back to California for Thanksgiving. I have had four Thanksgivings with four different groups of people. All four of them have been experiences, but this year's Thanksgiving was by far one of the best Thanksgiving experiences I have ever had.

My first year, my older sister drove down from her school and we did a "college" version of Thanksgiving: turkey sandwiches and all of the lovely Thanksgiving sides. It was a teensy bit ghetto, but it worked out just fine. 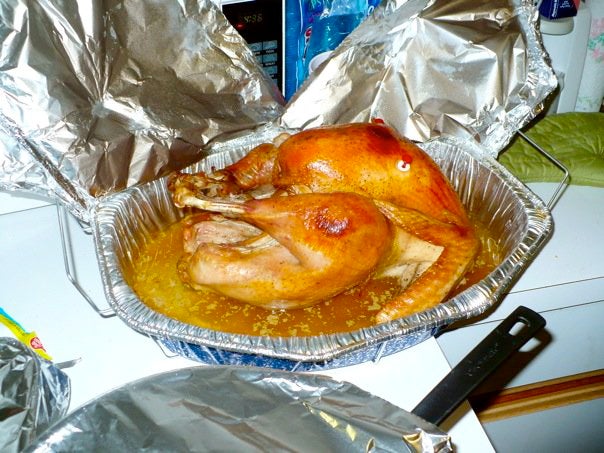 Junior year was an adventure of the worst variety. I was venturing to New Jersey with a fellow Obie and her car broke down a few hours into Pennsylvania. We were stranded on the side of the freeway for about an hour while we waited for AAA to come tow the car. We then spent the next five hours trapped in the Country Pride Restaurant at a rest stop in the middle of Pennsylvania watching "Up" and leaving an increasingly large tip for our poor waitress, who got to experience our tired craziness. My friend's dad was kind enough to come pick us up, but we didn't leave the rest stop until about 12:30am or so. We got to the house at about 6am Thanksgiving morning. Not an ideal situation. 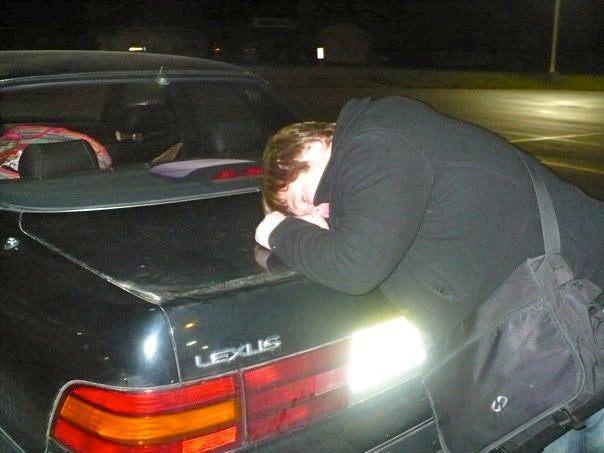 Me being ridiculously tired at 12:30am...still stuck in Pennsylvania.

This year I had my first stuck-in-Oberlin Thanksgiving without a member of my family. Ma'ayan has already blogged about it - and I therefore lost my bet with her...I thought I would be able to get this up before she could blog - but I thought that I could give you a picture of Thanksgiving from my perspective.

Ali, Ma'ayan, Carolyn (who I met on Wednesday night during pie baking), and I were determined to make this Thanksgiving as awesome as possible. Thanksgiving preparations were spread out over the course of several days and involved an extensive shopping list, pie baking, another venture to the grocery store for items we originally forgot, and a day full of baking and fun on Thanksgiving proper. 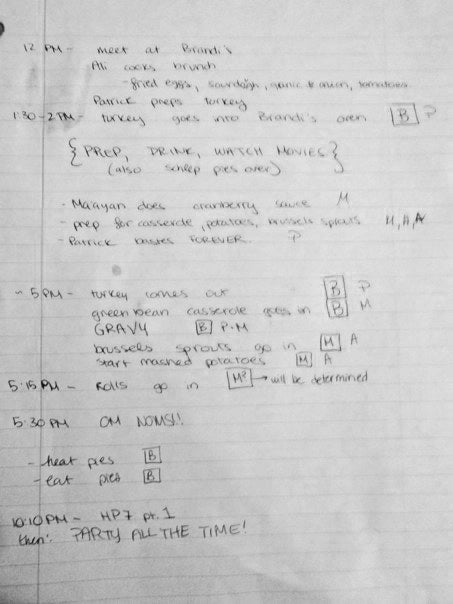 I somehow ended up in charge of the turkey. Ma'ayan claims that I volunteered, but I really don't remember. Nevertheless, I was determined not to ruin Thanksgiving by producing a dry or otherwise unsatisfying turkey. I researched turkey baking techniques for several days and decided on the simple, but traditional technique of slathering the turkey in butter and basting every half hour. It was a success! Here's a picture! 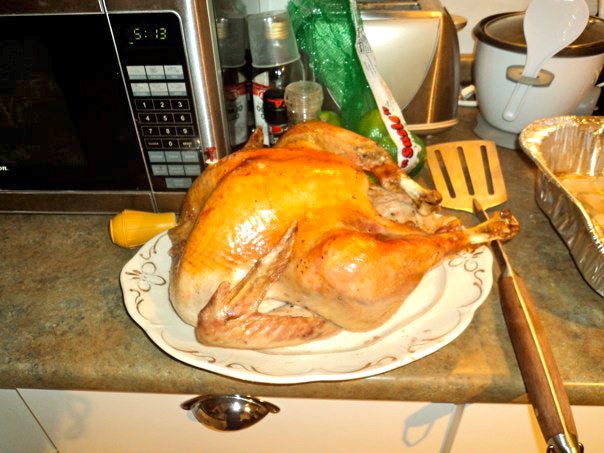 Om nom! I'm still so proud of this turkey

I am happy to say that this Thanksgiving I am thankful for my wonderful Oberlin friends and my Oberlin family. I don't know what I would do without them. Let Fiercegiving endure forever!

"Today I am going to make a turkey while wearing a tie. Am I crazy? Probably. It'll be hella fierce, though #fiercethanksgiving" - My tweet prior to the commencement of Fiercegiving

Also, have I mentioned that I won? I won. :D

Remind me to tell you about my "oops, our car broke down in the middle of Pennsylvania" story sometime...

I think my toast was something along the lines of, "To families away from families."

Like I said to Ma'ayan - thank you guys so much for including me. It was the best Thanksgiving. Love you guys.

@Elizabeth: Sounds interesting. I can't wait to hear about it!

@Carolyn: Thanks for coming! I had so much fun and hope you did, too!