Through taking more Physics classes than I care to recount, I've picked up a thing or two. I'll be the first to admit that most of this Physics stuff is useless, but I've gotten 'physical' with a few cool people (Isaac Newton, Richard Feynman) and become familiar with a couple of concepts. One of these very fundamental issues in Physics is inertia. I'm afraid I've succumbed to inertia, academically speaking, of late. Input from friends, teachers, and collaborators were the outside forces that got me revved up again.

If you're an exceptional Oberlin student and if you're innately good at something, letting your inertia carry you through a semester might mean that you're still better than lots of people around you. I've been challenged in some classes and certainly I strive to push myself, but probably because I have been staying in my comfort zone and not straying, my grades suffered this semester. I had been worried about Differential Equations and Modern Physics the first half of the semester before I got my midterm grades back, when I found cause to worry about Evolution grades too.

Midterm grades are a binary, you either are assigned an 'S' or and 'R' for each class. 'S' means 'Super good job!' and 'R' means 'Really? Really?' I got my first 'R' in college this past semester, in Evolution. I hadn't checked online when grades came out so I didn't actually know about my less-than-stellar marks until I got an email from my Cross Country coach encouraging me to attend office hours, get a tutor, do anything in my power to right this terrible wrong. That woke me up. Later that week, I got a note from the Dean of Studies singing the same kind of tune. They let an awful lot of people know when you get an R. It rankled me a little that so many people were trying to tell me what to do to do well in school. I felt bad about doing poorly, but I was reluctant to go into office hours because I liked my Evolution professor Keith Tarvin a lot. It felt like certainly he would be disappointed that I had done so poorly on the first test, and acknowledging it to his face was not an interaction I looked forward to. I figured I could just spend the rest of the semester in the back row of class in a dark hood, never ever ever raising my hand and doing the best I could on tests to salvage my grade. He was very encouraging in class that people come see him for office hours, especially if we weren't doing as well as we had hoped we would do in the class. He didn't look into my soul for this last bit, but he might as well have.

I eventually reasoned that going to office hours means you want to do well and asking for help means you are invested in the teacher's class. I found myself near his office one morning, and decided to go ahead and do the thing that, of course, I should have wanted to do in the first place. And of course, it was an instructive, wonderful conversation. He gave me some great tips on how to effectively study the Powerpoint slides he put online from his lectures and systematically make connections between material covered in recent lectures to basic principles we covered in the first month of class. My talk with Keith was so good because I got real direction from it. Specific things to do for class that weren't just 'read the textbook,' and 'study your notes more.' Keith gave me tools for lots of classes, talked about how the strategies worked for reading textbooks and getting a grip on lectures.

I had to get things together. I got some feedback that said I wasn't doing well, and by that time I had to spend a few weeks having very little fun just to come up with decent grades. I called these my Grindstone weeks, time well spent sharpening my nose in the Science Library.

While I wasn't doing so well in school, I did have a lot of other things going on. The men's Cross Country team was rekindling the fundraising fire they had started a year before by raising money for prostate cancer by growing facial hair. This year, we were planning on holding a manly beauty pageant, selling trading cards, and creating a provocative calendar to increase our moneymaking capacity. Ty, Tino, Jacob, and I met in late October to talk about how the calendar would look. I had my own ideas about the calendar. I brought my theories to the table and laid them out, expecting everyone to agree with me. The other three shared their ideas, and they were different than mine. It rankled me a little. 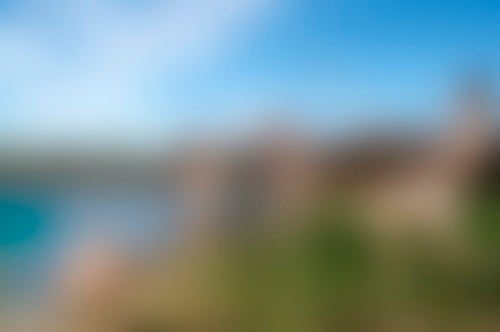 The trading cards and pageant went off as planned . The calendar ended up getting 90% made and then, upon further review of decency laws, was deemed a less-good idea for fundraising. All the areas of this picture deemed obscene have been blurred out. Yeah.

We started putting ideas together, talking about doing seasonal pictures, making things campy, doing scenes/tableaus that had themes, even involving women ('Grooooosssss!' was the consensus). We decided in the end that we couldn't do anything with lots of props or costumes since It would be tough to do, say, a half-naked Count of Monte Cristo tableau with our resources (we wouldn't want to cover up too many gleaming pectorals anyway). We decided that the months should be scenes of a sort, each one would have a story, a bit like Norman Rockwell's Saturday Evening Post illustrations. It didn't matter that I didn't get exactly what I wanted when I went into the meeting, because we were all getting what we wanted in terms of making a good calendar.

Oh boy, this one's a scorcher. Imagine a sexy vacuum and 8 men. Wish I could find the full-size version.

A few weeks later after planning shoots, gathering scantily clad men together to take photos, and editing tons of shots, the four of us found ourselves at an impasse putting the calendar together in its final form. Jacob didn't care for the "Subway sandwich" photo. We needed fourteen pictures for the final calendar (12 months, a front and a back cover) and we had fifteen pictures at the time (picture names were things like "Mermaid," "Kitchen," "Lumberjack," "N64," "Forever Young," "Finney," "Classroom," "Memorial Arch," "Running." None of these pictures will ever be seen by anyone, so you'll have to be content with using your imagination here).

Jake and Tino thought we should use another picture (the "Roof" picture, again, let your imagination go wild) in place of the Subway sandwich one, but I hated the picture. There was a rough twenty minutes where people wouldn't budge. Two of us wanted the roof picture to go in the calendar and really didn't want to put the Subway pic in there, and two of us wanted to use the sandwich picture and wouldn't tolerate having the roof picture in the calendar. Again, I found myself rankled. The thing about arguing with people you respect and know are knowledgeable is that there is no condescension and often opportunities for constructive discussion to happen.

In defending my idea I got more attached to it. I had to listen to other people's arguments, if only to figure out how to poke holes in them. But it meant that I listened. In the end, I convinced Tino and Jacob to let me work on the Subway sandwich picture a little (it needed to be Photoshopped heavily to look like it was supposed to) to see if the final looked better than the original. I worked much harder on it than I would have otherwise, since the picture looking good was my strongest argument for having the picture in the calendar.

Although the argument itself wasn't all that productive, it ended up making the calendar better. When intrinsic motivation fails, just hope that you have smart, capable people around you to keep you from staying on the same boring old trajectory. 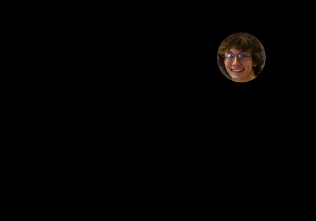 This one's seriously obscene, but look at Jacob's face, for goodness sake!

Haha -- usually I'm content to remain on the silent sidelines of Oberlin blogs because inputting all this contact info and satisfying that freaking captcha is such a chore, but I have to commend your thrilling display of these photos to the world... Also, your final few paragraphs reminded me of a great article I read just this morning [http://www.newyorker.com/reporting/2012/01/30/120130fa_fact_lehrer]; Unfortunately, the URL is worthless since the article, save for its abstract, is locked, but it basically makes the case that argument and inter-group dissent are essential to a team's ability to generate quality material, contrary to the popular rule-of-thumb that brainstorming should be a "judgement-free" activity. This "safe space" craze has got it all wrong. Maybe we should incorporate a practice of flogging people who submit bad ideas in future meetings. Also, I don't know what I was thinking -- you were way right about the Subway shot.

I still like your (or Scott Adam's) idea of "bad-versioning" and some modicum of judgement-light brainstorming in the early stages of planning.

I think we also had two powerful things going for us: A good group of folks working together, and nudity as the ultimate goal.

Still sad about the calendar.

BUT, I totally get you about those office hours. There was a required Drama Lit class I dragged my feet taking because I'd heard it was impossible. The prof had unreasonably high expectations and the playwrights we were studying were over most everyone's head (Beckett, Beckett, Beckett), especially me and my "Sondheim-is-as-deep-as-I-go" mentality. But I had to take it, and it was even harder than I thought possible. I just started visiting the prof, every week for an hour, telling her how lost I was and to get some semblance of an idea of what the crap I was reading. I didn't finish the semester any more knowledgeable about Weird-Ass Drama, but I know she appreciated the effort I made to spend time with her--at least showing her I *wanted* to understand--and my grade reflected that.

Office hours are magical. Even though I ended up failing my bio class first semester, I got a better grasp on *how* to approach class, studying, and the material from visiting Professor Cruz's office hours than I ever expected from someone uttering the phrase "You should go to office hours." I swear by office hours, but you can't just tell people to go because they're great. You have to learn that on your own.

Also calendar. Quite disappointed. I needed something to replace the rugby calendar in my office and I thought this would be it.

Office hours are also great for getting to know professors, making sure they know you and making it apparent that you are making an effort in class, not just doing poorly because you aren't showing up to class. It can be the difference between a B- and a B at the end of the semester.