About this time last year, my daughter and I were narrowing her college choices. We had a checklist of attributes we wanted.

During our search, one of the things that I looked for was campus diversity. Our world has become increasingly smaller as people from disparate backgrounds, landscapes, and traditions make their home in the states. I thought it essential that the school my daughter attends have programs and services that addressed who she is.

While it was important to know that a school has a history of welcoming, supporting, and nurturing women and students of color, and a track record of graduating them, I was more concerned with the present environment.

What services speak to her academic and overall well being? What organizations or groups could she join to strengthen and affirm her identity? Is there a community on campus that would help her understand her unique struggles and challenges? Would the college provide opportunities for her to live and learn from people who are different than she is? In the end, financial aid and educational opportunities proved the determining factors. She chose a mostly women's college that, while small, meets several of the criteria on our checklist.

Twenty or so years ago, if you mentioned "diversity" most people assumed you meant black or white, as if no other human trait existed or mattered. Unfortunately mass media and popular culture continue to speak and the public to think in those limited, polarizing terms. Yet many more voices have emerged and you get a sense of that in Oberlin.

Before I applied to work here, I did a bit of research. I wanted to work at a place that didn't just flash numbers or give lip service to my understanding of diversity. The culture had to be one that breathed "you are welcome here" with no caveats attached.

You can read for yourself the college's well-documented history of being among the first U.S. colleges to admit students of color and women in a coeducational setting. The college uses those two facts on much of its admissions material to show its pride in its history, and to state that inclusion is not a thing of the past.

You'll also read that this march toward inclusivity to women and to African Americans in particular, was not won easily; there was fierce debate and deep discord. But in the end, college authorities believed it the right decision to make. The town had been an essential stop on the Underground Railroad as escaped slaves sought freedom in northern states. It made sense that those who found refuge here be granted the opportunity to learn and give back to the community. Many such early graduates as Julia Louise Cooper and John Langston did give back.

The college has put forth various initiatives to demonstrate its commitment to diversity. The campus community is not perfect, but neither is it racially homogeneous or one-size-fits-all. Some offices have a specific mission to make life at Oberlin vibrant and varied:

Multicultural Resource Center. Now in its 10th year, the center has a full-time staff devoted to programming and services that encourage dialogue, understanding, and respect on issues that fall under the umbrella term of multicultural, including race, religion, sexual orientation, gender expression, nationality...

Office of Religious and Spiritual Life has an eye toward supporting traditional programs (A Capella weekly chapel service) and developing new ones (Friendship Day). This multifaith and ecumenical center also works with the larger community to present speakers, performers, activists, and others who address problems occurring in the larger society--Islamophobia, Israel-Palestinian relations, Arab-U.S. relations, gender and sexuality in different religious communities.

Oberlin College Dialogue Center trains volunteer students, staff, and faculty to help mitigate, facilitate, and dialogue on hot-button issues. OCDC members provide a safe space that allows all voices to be heard, especially those persons who feel marginalized or intimidated by the majority.

These offices, as well as individual academic departments, bring in a range of speakers, academics, musicians, activists, filmmakers, community organizers, environmentalists, politicians, and cultural critics who talk about issues and add insight to conversations the mainstream media and popular culture disregards and ignores. 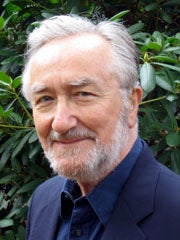 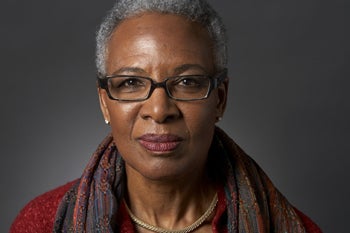 Thankfully the diversity tent continues to widen, although mainstream media and popular culture persist in limiting real discussion and debate by relying on their familiar sound bites, talking heads, and political think tanks.

Diversity encompasses so many more aspects of the human experience, not simply race. While it is essential for one to have the physical space and occasions to be with people who have common characteristics and bonds, it is just as important to associate and learn from those who do not.

In communities and on campuses with this kind of diversity, you can expect conflict. And growth. And change. And understanding. And if you're the kind of student who thrives on the richness of an expanding concept of diversity, Oberlin may just be the place for you.

Hi..Oberlin does have a good track record but as a transfer student from Oberlin to UW-Madison and to UMass later, I find state school much more diverse economically and in every other way. I found Oberlin pretty homogeneous (in terms of family-style background)..but of course it was the mid-70s. At any rate, at some point I recommend supporting our state university systems - nowadays most people cannot afford to send their kids to private colleges.

I agree about state schools. But as a private college, Oberlin has become more diverse beyond our traditional notion of what that means, even socioeconomically, in large part due to its financial aid commitment. I've met many students who are not from well to do families by any stretch. I also was commenting on the diversity of ideas via programming, speakers, events, etc. Unlike state schools, private schools don't have to put resources toward this end. They can be selective and dismissive. Thanks for the comment!

I believe that Oberlin's diversity branches also to our approach to ideas, creative endeavors, and interests, much of which comes from our more documentable traits that are listed as a part of being a diverse campus, but not only. That's truly one of the reasons I chose Oberlin in the first place.

In doing research on Diversity Blogs, I happened to come across your comments above. I wanted to take a minute to let you know how much I appreciated your comments about diversity and inclusion, with much empasis around the words, "and inclusion". Diversity, in my opinon, is just a concept that we all have differences and they do spread well beyond race. How do we celebrate our differences? Do we understand our differences? Do we try? How can we answer the above questions if places of education don't allow for various opportunities to maximize the concept of inclusion. While my kids might be a ways off from college, I appreciated your comments about what you looked for in a University and will definately take a page from your book when that time comes around.

Why I’m Proud To Be An Obie

It’s no secret that the alumni who work in admissions love Oberlin. And there’s lots to love!