The end of the semester is nearing!... which means the storm of finals, juries, and move-out plans is looming overhead with each passing day. Aha. Good times. Over the course of this jam-packed semester, I have learned the value of taking time to decompress and find ways to escape from the insanity of an unrelenting schedule. I love what I do every day–don’t get me wrong–but this doesn’t mean my assignments are exempt from feeling like work; sometimes they just do and there isn’t much else that can be done other than finish them. I am a planner through and through. I schedule work by the hour and, equipped with each day’s full spread on my phone, I feel like I can take on the world. Agendas were always a foreign concept to me in middle and high school–but now I can’t live without one.

This methodical planning, while it is great for keeping myself accountable for all the tasks I have in each class, fails to account for “free time.” Because, if my “free time” is planned by the hour… well... it isn’t really free, is it? In fact, this negates the very concept of it being free–free of obligation, free of stress, free of time constraint. As you can see, my schedule has some room for improvement. I definitely had to learn this the hard way; living by the hour, living to accomplish each task and being rewarded with the satisfaction of crossing it off the sacred list, just wasn't sustainable for me without some time to simply... exist. Balance is important. Especially after midterms, I found that I was pushing myself to my limit. And for what? To lose sleep? To go by each day crossing things off my list, only to forget what I had done the next day? Something just wasn’t adding up. Then it hit me: Oh. I don’t really do anything that isn’t on my schedule? Once each day was done and I had accomplished everything that was planned, the clock struck about 12–1am. Then the next day would begin at 7am and it was off to the races.

I remember getting the email notification entitled “Your Mid-term paper” on April 2nd. Prior to that moment, the rest of my day was a blur. It was a monumental feat–that midterm paper. Being the first paper I had written in my college career, I put a number of hours into it. Knowing my result was the only thing on my mind since the day I handed it in. Seeing the fated email in my inbox, I was itching to hear the news. This isn't a grandiose story about success, though. My grade was fine. What's important here are the events that happened after I got the paper back. I was going to sulk. Disappointment goes away with time, right? Well, my friend had other plans. After noticing my emotional state, he decided to get me out of the dorm and go on a little adventure, making sure not to disclose any information about it. Curiosity piqued, I hesitantly threw on my shoes and followed him–rambling about my paper each step of the way. The thoughts of my paper soon disappeared as we reached our destination: Ginko Gallery and Studio. Prior to this outing, I had heard about Ginko’s but had never been inside to see it for myself. Filled with art supplies and kittens (yes, you read that right. KITTENS.), it was a heavenly utopia. Especially on that day, in that moment in time, it was a place entirely separate from the rest of reality. It’s like time (and my schedule that is so meticulously adhered to it) ceased to exist. Besides, there is nothing a little retail therapy can’t fix! A 2x2 canvas was acquired that really rocked my world.

All this to say: in the midst of everything going on, don’t forget to take a few steps back (or at least a few outside your mental and physical space). I’ve found a lot of enjoyment in the little outings that come about in the spur of the moment and from hobbies that I do just for fun. These things aren’t what I would carve out time in my schedule for, but I guess that’s just how free time is meant to be spent: freely.

To commemorate, below are two artsy things that have given me some solace from stress the past couple weeks. I’ve always enjoyed drawing as a hobby; it’s a way to be creative that doesn’t have any strings attached. The first little project was using that 2x2 canvas I bought to create a painting of one of my favorite Pokémon, Duskull. The second is a completed paper theater of My Neighbor Totoro from Studio Ghibli. Paper theaters are pretty meticulous, but so worth the effort!

that are now dorm decor! 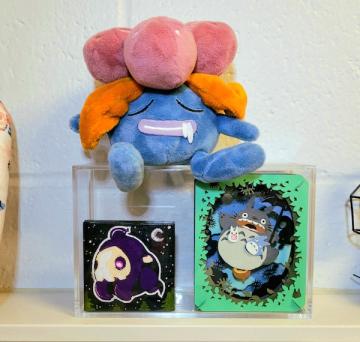 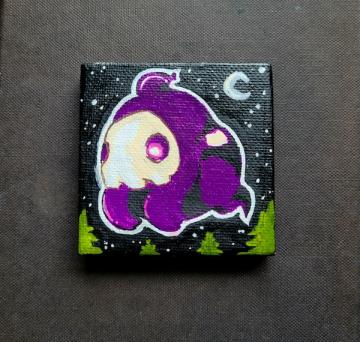 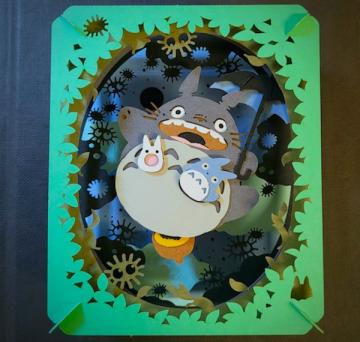 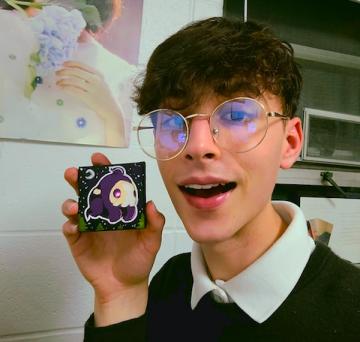