Tag along with me on a typical day at Oberlin as a first-year! Some of it is normal, some of it is unusual, but it's all pretty fun. Plus, what video is complete without cheesy iMovie music and a weird lack of music for 2 seconds halfway through? You'll see me head to my classes, get some meals, try ramen for the first time, hang out with my friends, do homework, and talk about Oberlin stuff! I've provided a transcription below for those who may need it, so please enjoy! Also, what do you guys think, do I have what it takes to be a vlogger? Or should I just stick to the blogs and leave YouTube to the professionals?

EMMA: Good morning! It is a chilly Wednesday morning here at Oberlin and I am headed to my 9am class! That class is my first-year seminar, which is Women and War in the Middle East. A first-year seminar is a class that is just first-years, and all first-years have to take one. That class is at King, which is about a five or seven minute walk away from where I live. Usually, I leave around 8:45 just so I can get there early. I left a little earlier than normal today, just because I felt like it, I was ready. That’s part of my morning!

[whispering] I’m very self-conscious about talking. My seminar is on the second floor at the end of this long hallway, and it’s a little classroom, and we sit in a circle, and it’s fun! You’ll see in a second. So the classrooms aren’t actually set up in a circle, you have to do it yourself, which is always interesting, but most classes are pretty small, so it’s pretty easy to get all the chairs into a circle. Just -- ooh that was loud! -- so you can all talk at each other, and it’s really nice!

So, just got out of class, we are headed to Decafe, which is in Wilder, and we are going to get breakfast, because I did not eat breakfast before class. Which I normally don’t.

EMMA: Alright, so, I just went to Decafe and got breakfast! I’m picking up a package now!

Alrighty so I picked up my package, yay! And now I’m headed to the library, I have to print out some writing that I did for my fiction-writing class.

[whispering] I’m whispering because we’re in the library. I cannot get my stuff to print. I’m just trying to print one page of paper...why won’t it print? I don’t know.

Is that Alex Thompson? That’s my roommate! Say hi to my video!

EMMA: So this is my roommate, Alex…

EMMA: So we usually walk together. We sit next to each other, but we’re not allowed to do group activities together in that class because our professor knows that we’re roommates.

We are hanging out, waiting for - class starts at 11, and it’s only 10:15. I have my breakfast! I have a banana, soy milk, a cinnamon twist, and a sandwich! And also I have a package so we’re gonna open up the package and see what I got, because I don’t actually know what it is.

It’s a pack of thinking putty to do during class!

EMMA: I’m so excited! Oh my gosh, my mom sent this to me, thanks Mom, shoutout, love you. Nice!

Okay, so, I am back in my room. I went to get lunch! I went to the Grab-n-Go. I got two packs of Sun Chips, two cookie bars, and two things of soymilk, so that’s snacks. And then my friend Pip gave me some ramen, so now I’ve got ramen. I have some GSFS to do, and then I have an interview this afternoon at four. Whoo!

Every song in this movie is pure gold.

EMMA: That was the best 10 minutes of my life. So now I’m going to be responsible and do homework.
ALEX: I’m not!

EMMA: So it’s been like 10 minutes since I said I would do homework, and we’re still sitting here watching YouTube videos.

Okay, so, like what, 20 minutes later? I’m actually getting work done now.

So you just go to...that’s me! Ew...go to Intro to GSFS - Gender, Sexuality and Feminist Studies, and then...ugh, I don’t have the syllabus pulled up. So I go there and check the syllabus. So I have to read those ones. And then I go to course readings and scroll down, then I just find...so there’s one of them, and then this one! So the nice thing is that they’re usually not too long. And then I just read them and then I just post in the journals...and then there are journal questions and I have to answer one of them. Homework time!

So I am in the kitchenette right now and I am making ramen for the first time. I’ve never had it before, so this is lunch.

So I am back in my room...the ramen is here...this is an ugly angle of me, but this is the one you’re getting, so. My homework is sitting right here. I’m neglecting it, it’s fine, I need to eat. I’m going to try to get a good ratio here. A good noodle-to-broth ratio. This is my first spoonful of ramen. I made sure the proportions were good.
It’s really hot! Solid. It’s quite salty. I think I like it! Lunch! I have decided to assume a state of double-tasking in which I do my readings and eat my lunch. I’m so responsible.

So sometimes, I decide to hang out in the common room.

CYRUS: We’re listening to all the Windows sounds--

CYRUS: --all of the Windows systems sounds.

EMMA: It is time! I am heading to my interview. Aah! It’s really cold! It’s about a five minute walk, so yeah!

Here we go, people. I’m going to my interview. We’ll see how it goes!

So I just got out of my interview, and it went so well! It went really well. I love the library, it was really great to interview there, and I am headed back home now.

Heading to dinner with the gang! Also Aidan. Oh - third meal, sorry. So we’re going to Stevie Dining Hall. Only the finest dining on campus.

So my hot dog is...um...interesting, to say the least.

EMMA: Excuse me, sir, I must ask you, what is that?

EMMA: So a really nice thing about my dorm is that there’s this really nice, big, beautiful common room downstairs, and there’s a piano! So I’m going to play some piano for a little bit.

But you know, it’s a public room, so sometimes weird people…

ALEX [playing ‘Mamma Mia’ by ABBA]: I’ve been cheated by you…

EMMA: Alright, so my day is actually ending pretty early. I mean, I’m not going to bed now, but I don’t have anything else to do. So I’m going to go take a shower.

ALEX: Yes, that was so good!

EMMA: This is what happens when you have nothing to do on Wednesday nights.

I’m not actually tired. I’m a college student. It’s 8:30, why would I be tired? I have some snacks, I have my knitting - I’m knitting a scarf - that’s what I’m going to be doing for the rest of the night. Nothing too exciting I don’t think.

ALEX: Hi everyone, welcome back to my channel, I’m Alex Thompson, and today, I’m gonna show you how to dance like a white person. Today we’re gonna cover the whip. So this is how you whip. You take your hand, right? You wind it up...and then BAM. And that’s how you do the white person whip.

GRACE K: Thanks for watching.

EMMA: Hi guys! So I am editing this video and realizing that I never took an outro. So this is many weeks later, as I’m getting ready to post it. I just wanted to give a proper outro and say thank you for watching this video and coming along on a day in the life with me! I hope you had a fun time! If you have any questions, you can comment them either on the YouTube video itself, or on the blog link that took you to this YouTube video, and I will answer them to the best of my ability! I really hope you enjoyed this, and I hope to see you around campus sometime. Bye! 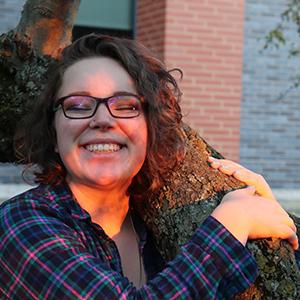