Wherever you end up (Oberlin or otherwise, college or otherwise), sometime in your early twenties your world view changes a tad. Life goes on after these defining years, but if you're me (and you're not, thank goodness, because you're you!), you end up in a front row seat to Oberlin people and places and things for a few more years. And your perspective starts to shift.

One of those things that starts creeping up and then barreling at you full speed is that thing where people start teaming-up, forEVER. That's right. I'm talking about mawwaige* and it's what brings us here together today.

(*Please tell me you get this reference, people. I hope so. Also know that when I say marriage, I also mean domestic partnerships, civil unions, and other such commitment ceremony things. And also that the institution of marriage itself is fraught with all forms of legal and religious and other STUFF that I'm not getting into because this post is a positive happy place for two friends who DID decide that getting married was what they wanted and I and many others were there to support them in that decision.)

The first wedding of people your age will freak you out. Like, full-on existential crisis. For me, the first peer wedding I attended was right here in Oberlin, in the beautiful Fairchild Chapel, of two of my fellow class of 2010 grads. I dealt with my existential crisis — This marks the gateway of a new life stage. I can't believe that people have been talking about Oberlin people marrying Oberlin people for this long and that I am actually here watching it happen WHAT. WE ARE OLD. — by livetweeting the wedding with the hashtag #obiewed. Because that was just how I figured I could process this landmark on the life continuum. 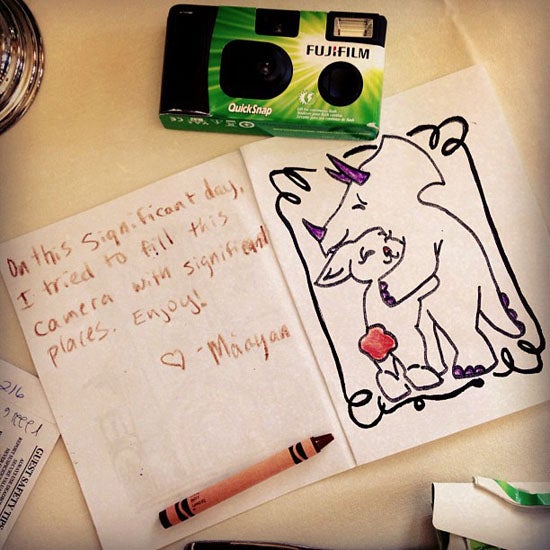 Wedding details: this was a kids-of-all-ages friendly wedding complete with a homemade coloring book to keep us entertained. And there were also old-school disposable cameras around, which I nabbed, interrogated some people in the wedding party about significant locations in Oberlin for the happy couple, and then biked around speedily filling a camera with memories for them. Coloring book created by Lucy Nolan.

This first Obie wedding came and went, with crayons and photos and lavender hanging at the fringes of my memories of it. Then came the second #obiewed, of my friends Eliot and Dani, which reunited around a dozen of us first-year friends who haunted South lounge late into the night during our first semesters together for a Columbus wedding. Then the third, a whirlwind 48 hour trip in which I inaugurated my new car with my first solo roadtrip on a pilgrimage across the never-ending state of Pennsylvania to celebrate with my friend Eric and his wife Kelli. 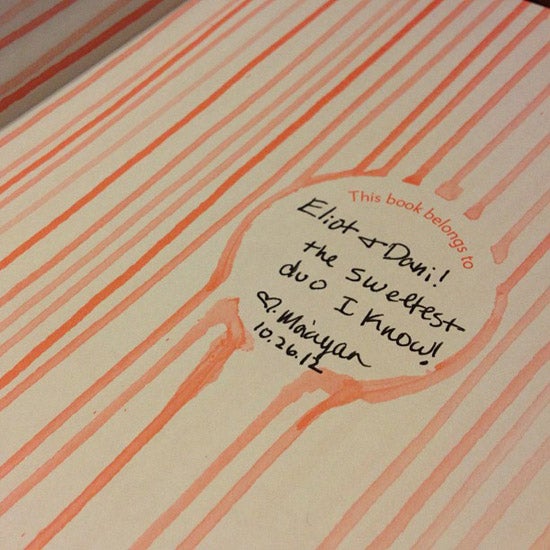 Eliot and Dani's wedding in Columbus was my first foray into teaming up on gifts. I learned that my friend Seán purchased an ice cream maker attachment from their wedding registry, and I decided to buy them an ice cream cookbook from Jeni's Splendid. 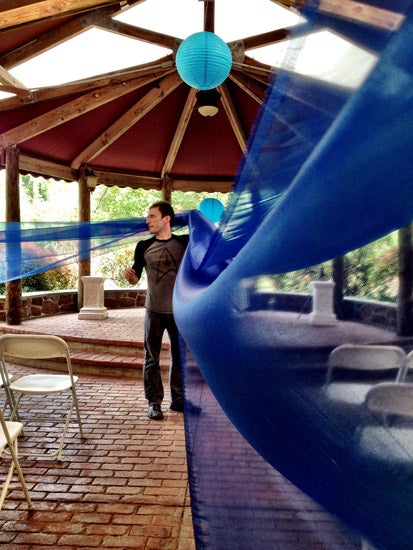 There were a number of lovely DIY things at Eric's wedding. Highlights of the day included the hanging of a lot of homemade decorations, when I captured the beautiful photo of Eric pre-ceremony.

Almost two years since my first Oberlin wedding, I've gotten in the groove of what will probably be a yearly template for the next decade or two of my life. I'm now in the following mindset whenever I realize my college friends are merging into a married couple: OH MY GOODNESS I get to see my friends and dance and laugh and hug all their faces this is the best counting the days is so hard this is going on my calendar in all caps as soon as I find out when it's happening AHHHHHHHH celebration.

This was the undertone of this most recent Oberlin wedding I had the pleasure of enjoying, one which includes a familiar face to you long-time blog/blog archive readers. The happy couple this June was Gary (a long-ago Hark housemate of mine) and Helena (of Oberlin blogger fame). You may have noted some mentions of Gary as the wonderful boyfriend in some of Helena's later posts, and as a human on the sidelines of their budding end-of-college relationship, I was ultimately ridiculously COMPLETELY psyched for their celebration. 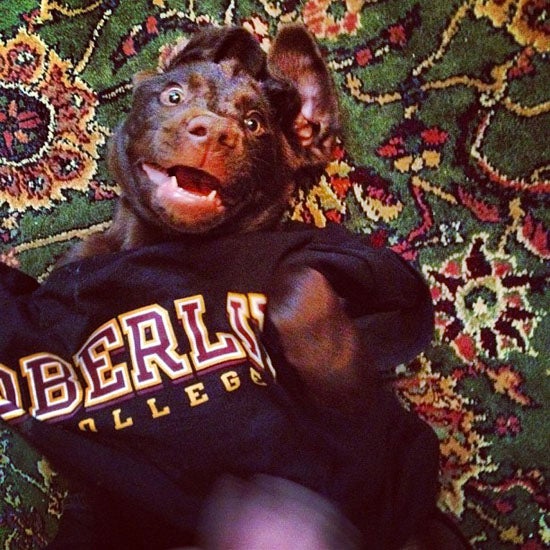 Helena and Gary visited a few autumns ago with their new kid, Charlie. He was soaking wet when I was introduced to him, so he was dressed in an Oberlin shirt so he could roll around on my floor without puppy-smelling up everything with his dampness.

Here's the thing about weddings of college friends: they're the kind of reunion that you wish for when you come back to Oberlin for your college reunions. My 5th cluster reunion was last year, and it was a whirlwind of friends returning coupled with family celebration (because if a reunion and a job wasn't enough for the weekend, my brother also graduated last year, so there was a small swarm of relatives around too) but it was amidst thousands of other people's returns and celebrations. Seeing people and having quality time with them was near impossible, and it left me wanting more even before it was over. This celebration was the opposite of that. It was concentrated, a core group of people all in the same place at the same time, with a lot of lovely Oberlin memories and music and moments even though we'd relocated to rural New York for the weekend instead of rural Ohio.

There's a lot of things to capture about a truly beautiful celebration like this one, and it's lovely in snippet form, which is how you'll be getting it.

Some signs you're at an Oberlin wedding

Selfies are HAPPENING. I was one of the lucky few folks at this celebration who had seen many of the wedding guests in the past five years, but it was a big deal to see everyone all at once. We had to capture our moments fully. 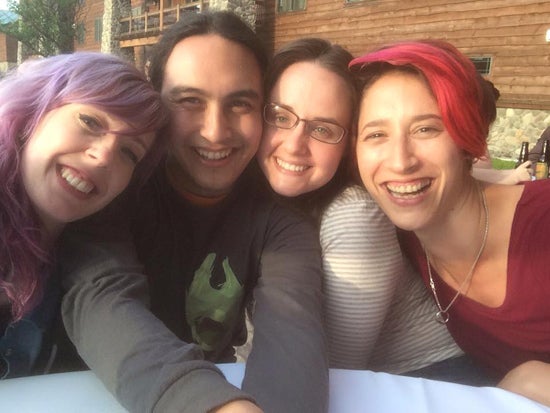 The DC sandwich: Ali, Harris, me, and Aries. Photo taken by... Ali, I presume, based on arm positioning.

You are braced and ready for the tears of joy. I learned this at the first wedding and was fully prepared for this one, too. As in, I was the one handing out the tissues this time. And we alllllll lost it the second Helena appeared: she was in awe and tears and the rest of us were, too. 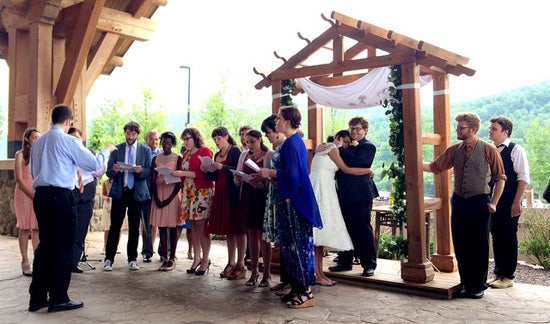 At weddings that include musicians, there HAS to be live music... especially during the ceremony. This was a choral group singing a Rumi poem as Helena and Gary hug in the background.

When a Punch Brothers lyric was quoted in a toast, and our whole table starts singing and crying all at once. My table at the reception was utterly delightful. To my left, my brother and his partner. To my right, my #notactuallymarried love-of-my-life platonic husband Harris. Looking across the table I could stare deeply into the lovely eyes of the lovely Aries. Add in Carolyn (Fiercegiving participant, sister of the aforementioned Eric) and Ali (Fiercegiving participant and artistic soul - she did the wedding party's makeup!) and her fiancee and we had a splendid and happy fambly reunion at our eight-top. 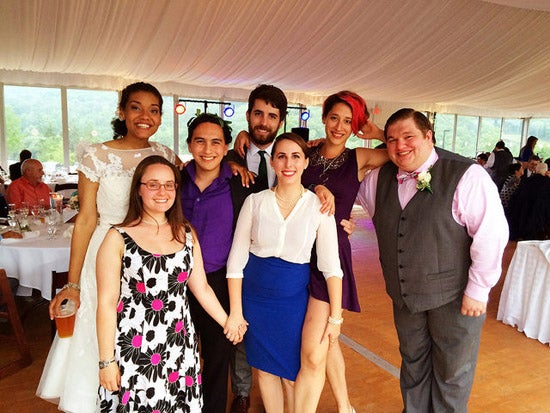 Bloggers reunited: the photo opp. From left to right: Helena, me, Harris, Will, Brandi, Aries, and Patrick. Photo taken by Ali. 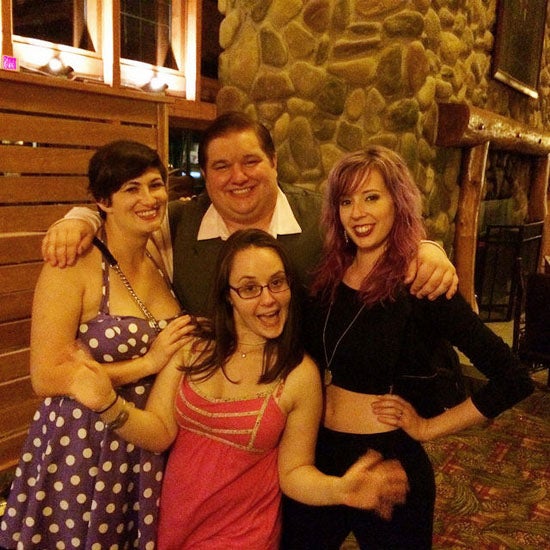 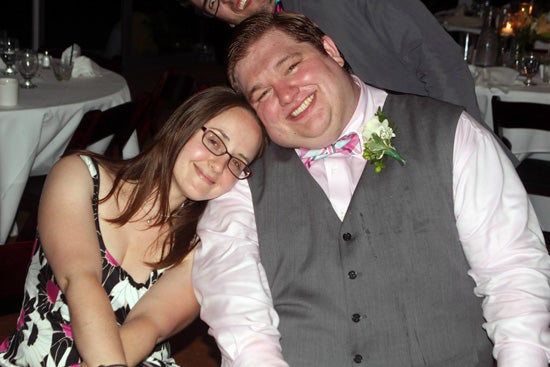 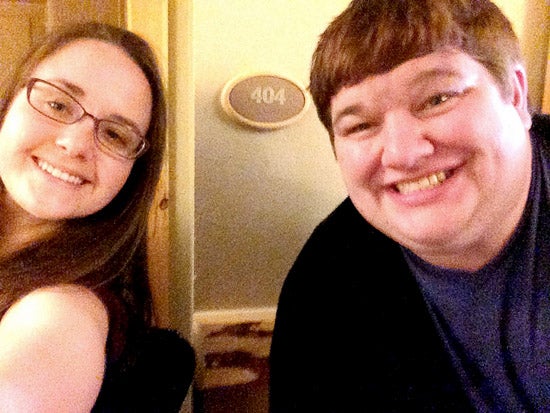 Wedding roomies! Gay of Honor Patrick and I got to spend a whole lot of quality time together starting on Thursday till our celebrations came to a close on Sunday. First photo taken by Kendra, second photo taken by me as Patrick and I checked out. Yes, we were in room 404, and yes, there were nerdy jokes. 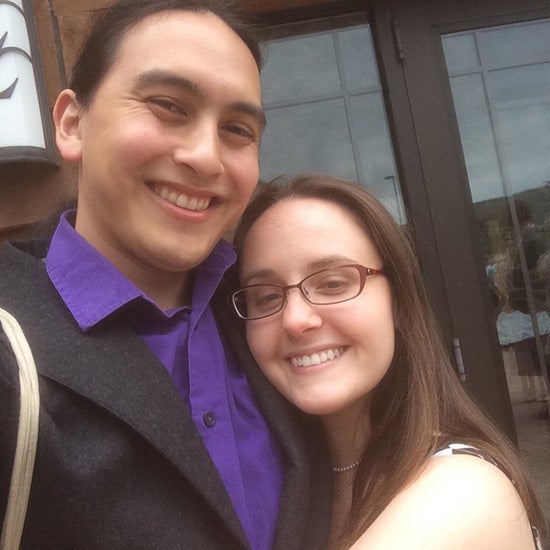 Former roomies: the photo opp. Harris and Ma'ayan: not actually married, but very actually at a wedding together. Photo taken by Harris.

The dance floor is not big enough. And there's dancing everywhere, anywhere you can hear music from. Really. When you have social dancers at a wedding, the dance floor is moving as soon as the music gets started. And we jumped like the best house concerts we ever attended in Oberlin. (But we didn't break the floor this time. Yes, it's happened before.)

Together, our voices are bigger than ourselves. Since I was a kid, I looked at the Obie-filled wedding photos in the class notes section of the alumni magazine in awe, secretly hoping I'd one day be a part of one of those photos. It happened, with the Oberlin pennant I'd thrown in my car before driving to New York at the forefront of our picture. When it was phototime, all the Obies were asked to gather outside, and as we waited, Taylor Swift's Blank Space started playing and we had a giant sing-a-long as we arranged ourselves, culminating in a huge group photo. (I'm guessing something on the order of 50 Obies or so in attendance at the wedding, but Helena and Gary might need to confirm that.)

You leave with more friends that you started. Reunions have a goofy way of resolidifying friendships and kindling new ones. When several disparate friend groups meet because of such a catalyst, you're bound to leave with new pals by your side. The attendees of this wedding spanned years, and even in our little (big?) Oberlin group we covered from the classes of 2009 to 2014. The oldest folks might not have attended Oberlin at the same time as the youngest folks, but with a few key threads in common, there were fast friends found during this weekend.

I'm all misty just thinking about this wedding from two weeks ago, so I'll leave you with this final thought and photo. Your time in college is a few intense years that forge infinite bonds. You never know when you're going to find the friends you stick with for the rest of your life, and you never know where you all might end up. We're all around the county now, and it takes moments like this to get us all together again. And when we're together, our time is sweet, filled with joy, exhaustion, tears, and pure bliss. 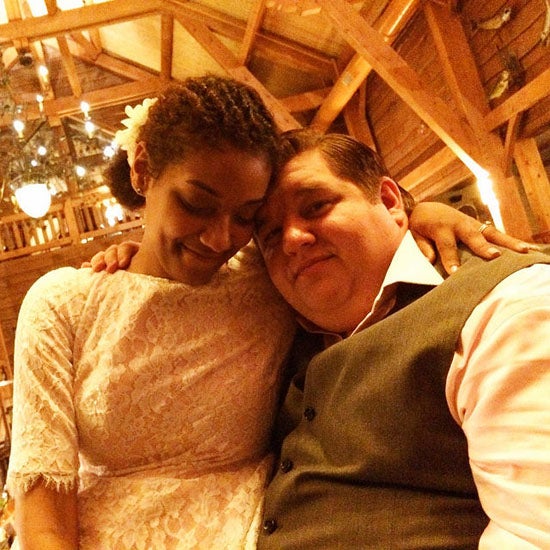 I got through two paragraphs before I started bawling. THANKS MA'AYAN. GAH, we're trying to pack and move but I gotta take a sob break. p.s. ilu bb xoxo

AND THE TEARS ARE BACK. Thanks for capturing this beautiful weekend!!