For most of my life I've been a very, very picky eater. As a child, I ate a lot of peanut butter and jelly sandwiches (even though I'm not particularly fond of peanut butter) and pasta with butter and parmesan cheese. Even though I'm particularly set in my ways, I like to think of myself as someone at least open to trying new things. I'm not sure why, but with food I just can't do it. Even when it came to my own mother's cooking, a lot of the time I chose to have Cheerios for dinner.

As an athlete at Oberlin, being in a co-op is a somewhat difficult undertaking. For myself, as well as many other athletes, the two biggest issues happen to be:

1 - Dinner in co-ops is served at 6:20. Regardless of whether you play a spring or fall sport, practice lasts until about 7:00, Monday through Friday.

2 - With practice Monday through Friday from 4:45 to 7:00, and matches and tournaments every weekend, when does one have time to cook, crew, or contribute in general?

Even though volleyball is a fall sport, during the spring semester we have a shorter, less intense season. This past spring I decided to take advance of my suddenly lighter schedule, and branch out of my comfort zone. During my freshman year, I ate lunch in Third World Co-op once and in Keep, maybe two or three times. This semester I got around. I had dinner in Keep once (my friend Mandy made a bombtastic southern style special meal!), ate dinner in Fairchild too many times to count, and was all up in Tank for multiple dinners and even a brunch.

At first, it was just a matter of being brave and just immersing myself in an unfamiliar culture. The first co-op I ate in this semester was Tank, one of the farthest co-ops from "athlete world." 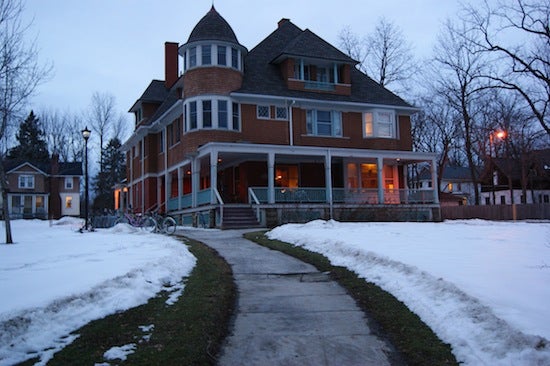 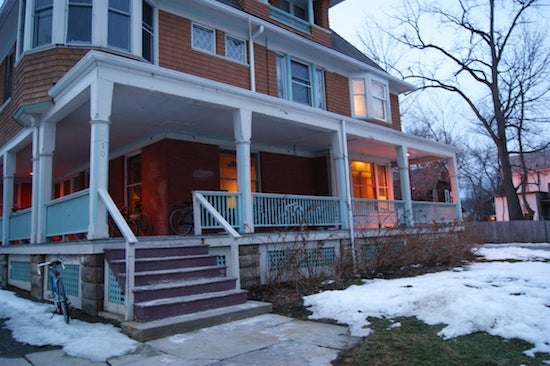 A friend from my biology class invited me to her meal and I decided to go, completely alone. I'll admit that at first I felt completely uncomfortable and out of my element, but the food was surprisingly good and I really enjoyed myself. A good first experience leads to a second experience, which leads to a third and fourth experience, et cetera, et cetera... Before I knew it, I had met a bunch of really great people and found myself hanging out at co-ops at times other than meal time. As the semester came to a close, a little person inside of me was secretly a little jealous I wasn't going to be eating in a co-op in the fall.

Although I'm still a tiny bit jealous, I really can't see myself enjoying being in a co-op while being in season, I think my time would just be too torn between two very different communities. However, I'm uber excited for my teammate Laura, who after semesters and semesters of waiting, finally got into Pyle! I'm pretty stoked to attend meals with her and further diversify my co-op experience. And who knows, maybe in the spring I'll end up eating in a co-op myself.

Postscript - Before co-ops I didn't know I liked lentils, quinoa, or kale. Turns out I love lentils and quinoa. I still don't think I actually like kale, but we're getting there. Baby steps, you know?

Lentils and quinoa are delicious. Kale, too, if cooked correctly. Yay co-ops! I'm glad you've found meals you like there.

To be noted, I loved pasta with butter and parmesan when I was a kid, and still consider it a comfort food nowadays. My tastes have matured quite a bit since I was little, and overall, OSCA was very good for my stomach (though I can admit to having made myself some simple comfort food there, still, too).

I loved pasta with butter and parmesan, too! In fact, I think I will make some right now. No joke.

Also, your pictures make Tank look so homey! I'll be there next year, if you want to go back for more meals...

tank will have the best special meal EVER this fall: southern fried chicken.