Press play for some appropriate background music while you read!

Once upon a time, there was a boy named Patrick. All his life he had been surrounded by music, particularly that of English handbells. After all, his lovely parents both ring handbells (it is, in fact, how they met!) and Patrick himself got to ring in his church's handbell choir when he was in middle school. 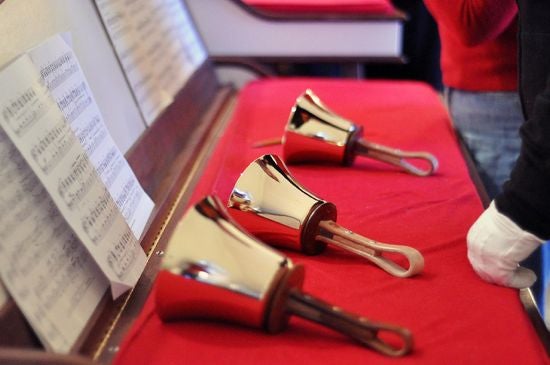 Patrick's family changed churches and, a few years later, Patrick left for college. During the summer after his junior year, he began to lament to his fellow admissions intern, Helena, about how he missed ringing. It turns out that Helena has rung handbells, too! Excited over discovering yet another common interest, Patrick and Helena decided to hunt down an opportunity to ring handbells yet again. 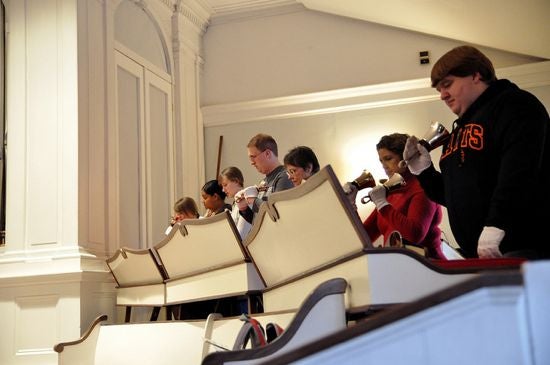 Celebration Bells: few in numbers, but mighty in sound!

Patrick and Helena brainstormed idea after idea of how they could bring a handbell choir to Oberlin. They began speculating about whether or not they could start a student organization. Realizing that handbells are quite expensive, this led them to a wonderful research tool called the internet. 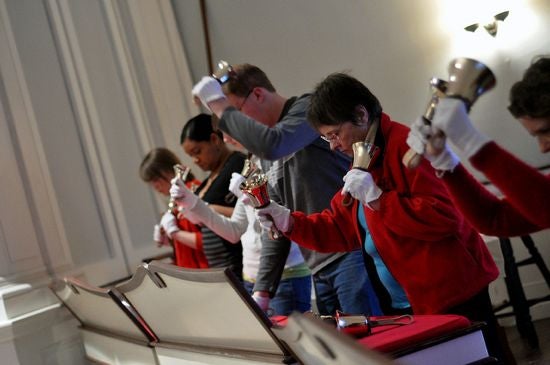 After some googling, Patrick and Helena discovered that First Church (aptly named due to the fact that it was Oberlin's first church) has a handbell choir! This left them pondering how to contact whoever was in charge of the group. 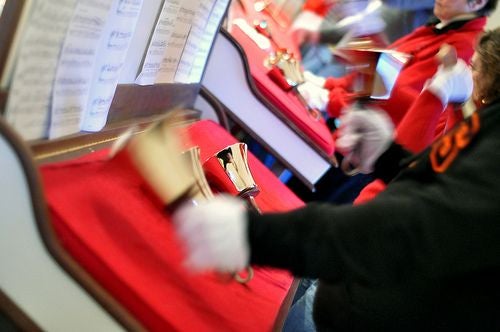 Now, it just so happens that at the beginning of every school year, Oberlin has this handy dandy resource fair that allows organizations from the college (including student organizations) and the community to set up tables and recruit members. Patrick was tabling for Active Minds at Oberlin and Helena was tabling for Take Oberlin Home, a program offered by the admissions office. Since they were sharing a table, Helena decided to take a break and wander around, checking out the different tables.

While Helena was wandering up and down the tables, she discovered a table for Celebration Bells and signed herself and Patrick up for the group! The rest, as they say, is history! 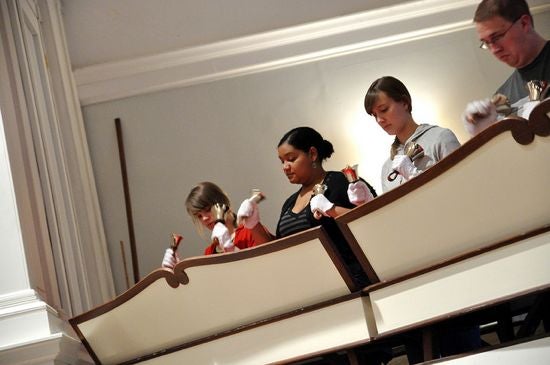 At their first rehearsal, Patrick and Helena discovered that Celebrations Bells' membership is composed of college students, conservatory students, faculty, staff, and community members! Patrick and Helena found a new community - united by their common love of handbell music - where they would be welcomed with open arms! 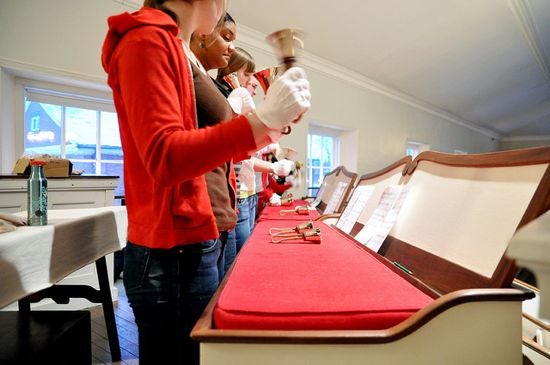 After one semester playing in Celebration Bells, Patrick and Helena couldn't be happier that they found this community and these wonderful people where they are all able to enjoy ringing. 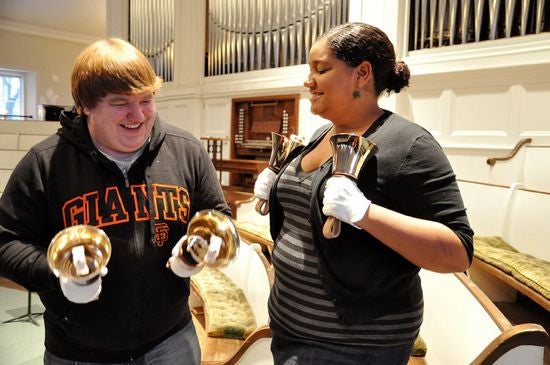 All photos in this post are courtesy of Ma'ayan Plaut.

I had no idea you rang handbells! I was in a handbell choir in middle school and those are still some of my happiest memories. Any idea if First Church is accepting new members, or when they would be? I would love to get back into it :)

@Carolyn: Yay! Handbells! I will email you information. The membership is pretty much open to whoever wants to join (and we only rehearse for 45 minutes once a week), so I'm sure you would be welcome to join if you wanted.

Yay handbells! Ringing is quite possibly the best part of my week.

This is a beautiful story!

Yay for handbells! Double Yay for the Giants jacket in the last picture!! A ringer AND a Giants fan ... Good for YOU! Now go arrange a "Fanfare for the World Champs"

We have so enjoyed having you (and Helena) ring bells with us this year. We will miss you.