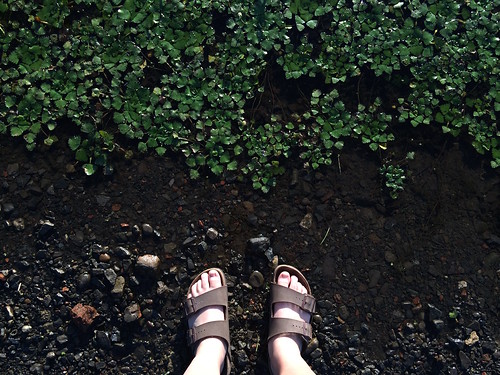 I'm back in Niskayuna for the summer and somehow it's already been a month and a half since graduation. What have I been doing in all that time?

First and foremost, I've been working two jobs, seven days a week. Monday through Friday I babysit for two kids that live nearby, Saturdays I work at a farmer's market in Troy and Sundays I'm at a market in Schenectady. Both jobs started off kind of slowly. While the kids were in school, all I had to do was pick them up from school and look after them for two or three hours before bringing them to taekwondo lessons. Now I'm with them from pretty early in the morning until the mid-afternoon. I drive them round, make sure they eat, and try to keep them entertained and away from screens. It can be frustrating, but often it's fun and it feels like good practice for the teaching I'll be doing in a few months. 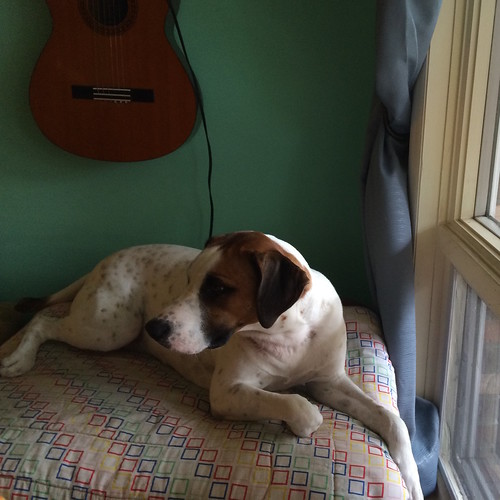 Bonus, they have a dog!

As for the farmer's market, this is my third summer of selling produce for the same local farm. The job entails waking up early, sometimes painfully early, to set up our stand. Then for the next four to five hours I refill and move boxes of berries, apricots, apples, cherries, peaches and plums - plus the odd pint of apple cider. This may not sound particularly interesting, but I like it. I think a lot about living my values while I'm at Oberlin, mostly about the many ways I fail to do that, but when I'm at the markets, I feel proud to work for people whose business practices I support and to sell people produce that's colorful and local. 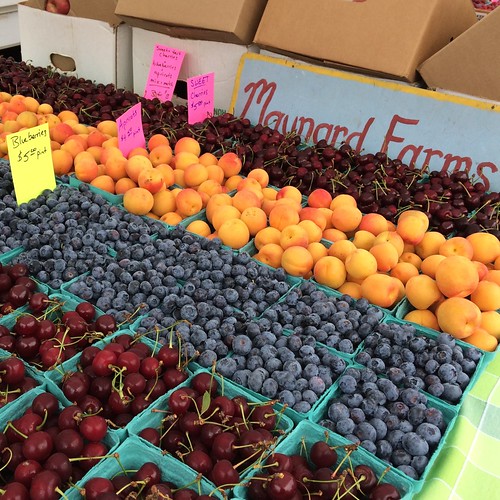 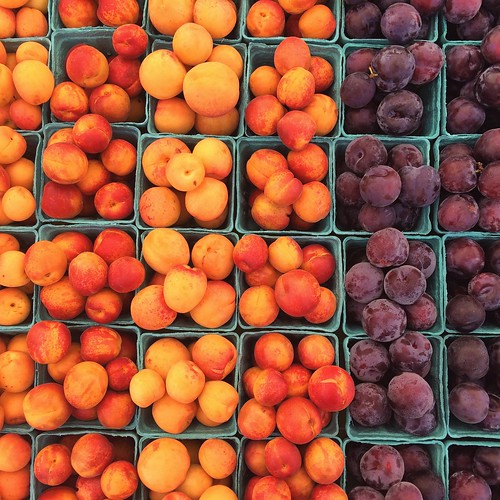 When not working, I've been reading. Well, to be honest I've even been reading while working, there's not much else to do during someone else's swim practice. That's part of why I've been able to get through 10 books since graduation. Admittedly three of those books were from the Princess Diaries series - a new book just came out and I had to re-read the previous installments to prepare myself - but ten books in about six weeks is much more than I've managed to read even on summer breaks over the past few years. 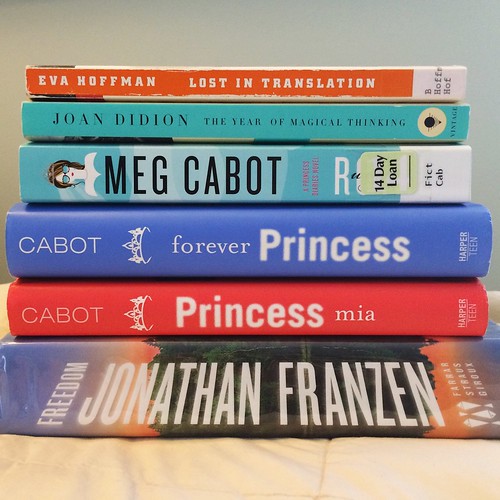 Some of the books I read in May and June.

The conventional wisdom about pleasure reading during college is that students don't have time for it. I maintain that's not true, but I do think that it's difficult to find the headspace for pleasure reading during the academic year, especially if you're doing a degree in the humanities. But now that I've gotten that humanities degree, it seems that I'm ready to read again, and to read ravenously.

Another thing I've really enjoyed this summer is the Women's World Cup. I've been a casual fan of the US Men's National Team for a while and I followed the Men's World Cup pretty closely, but I'd never really paid attention to the women's soccer as an adult. This year I decided to change that. I watched every game that the US Women's National Team played in, as I did last year, plus the occasional games with Germany or Canada. Eventually, Dad and I decided that we'd like to try to see a game in person. We checked and double-checked driving times, ticket prices, and tournament rankings and decided that our best bet was to get tickets to see Germany and France, the two favorites at that time, play at the Olympic stadium in Montreal. 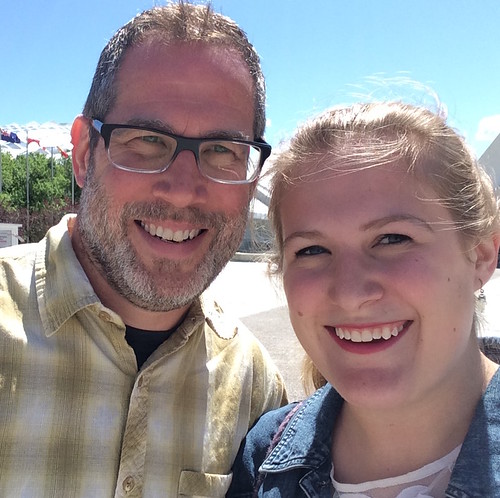 Dad and I outside the Olympic Stadium. 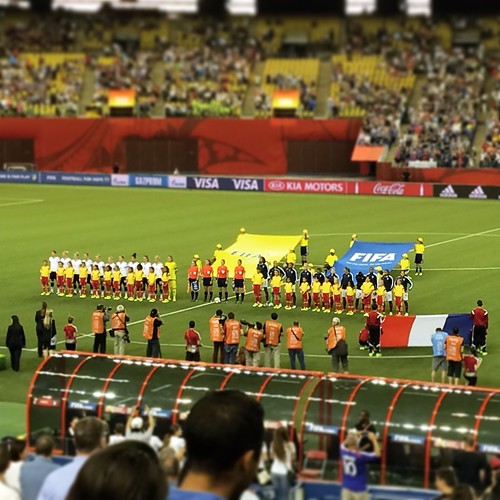 The two sides before the game.

As wonderful as seeing that game in person was (especially since Germany won), the highlight of the World Cup was getting to know and love the US Women's Team. Johnston, Sauerbrunn, Klingenberg, Rapinoe, Lloyd: these are names that didn't mean much to me before a month ago. Now I know their positions (and their favored hairstyles) and associate them with particular plays or styles. I remember their triumphs and their pitfalls along with those of the players whose names I already knew. Of course, the US team doesn't have a monopoly on greatness. Every team I watched had admirable qualities. The women I watched were quick, they made clean tackles and were great on the ball. They showed dignity and class off the field. They communicated, they smiled, there's not enough smiling in the men's game. They made me hopeful, in this moment when much in FIFA is in flux, that change is coming in this sport.

Other than that, I've had a garage sale with my mom, visited the Mohawk River, seen the touring production of Kinky Boots, met up with as many old friends as possible, reconnected with my high school voice teacher, and seen James Taylor at Tanglewood. I'd say that post-grad life has been good to me thus far. It's a bit hard to believe that I thought I'd be bored during this in-between summer.

Right now I'm actually getting ready for a short family vacation to Maine. It's been a few years since I've been there and I can't wait to sit on the beach, swim in the ocean, and not look at my computer for a solid four days. When I return, it'll be back to work, back to drafting my final post for the Oberlin blogs, and back to planning for my move to Germany. Back to constantly looking forward and back while trying to live in the moment. Back to being in-between.

I just stumbled upon your blog when I was browsing the Oberlin website and thought your name sounded familiar. I am a senior at Niskayuna High School and prospective Oberlin student. I just wanted to thank you for giving me some more insight into life as an "Obie" and after graduation.