When I first arrived at Oberlin, I did not try all too hard to find a Christian community. Religion was something I pushed to the side as I submerged myself into the novelty of college and new responsibilities. I did not have any interest or, supposedly, any time to attend church, and I doubted that there were many Christians in Oberlin in any case. That was a very wrong assumption. Oberlin has a much larger Christian community than most people think before or even once they have arrived here. I’ve also found that so many of the Christians on Oberlin’s campus are incredibly devoted to doing God’s work through change and action. There is a certain diversity within the Christian community here that I truly appreciate and that I did not experience enough of while I went to church my entire life in the suburbs of Chicago.

In essence, I was never very involved in my faith during my first semester here, but when life started feeling more difficult for me to handle on my own, I realized that I had been pushing God away and ignoring Him. I began trying out different churches throughout Oberlin. I immediately found that the churches of Oberlin are extremely accepting and encouraging of Oberlin College students being a part of their congregation. Not to mention, there are several different churches all in walking distance of the college. Some examples are First United Methodist Church, right next to the conservatory; First Church of Oberlin (UCC), right next to Asia House and Fairchild Chapel; Christ Episcopal Church, on Main Street, past downtown; Sacred Heart Catholic Church, a short walk down the street; and Peace Church, a little ways past First Church. I don’t know as much about the non-denominational churches, but I also know that there are several students who drive out of town on Sundays to attend churches that are normally 15-30 minutes away, and they are always happy to take other students with them.

The first church service I attended in Oberlin was Christ Episcopal Church. I had grown up Catholic but wanted to try out some other Protestant denominations and explore my Christian beliefs. I was so stunned by how welcomed I felt at Christ Episcopal Church, an accepting and loving community. The moment I stepped into the church I was invited to the church’s weekly student lunch. I was inspired by the appreciation for traditional liturgy and music at the church, the progressive, compassionate mindset, and the pastor’s strong advocacy in support of LGBTQ students at Oberlin.

I first attended Oberlin Christian Fellowship because I was invited by a friend to their annual bake-off event: a competition between north and south campus to create the winning desserts, as voted on by other students. Who doesn’t want free food? The welcoming attitude of all the members made me want to become more involved with the organization. I began attending large group and small group meetings.

Every couple of weeks, Oberlin Christian Fellowship hosts a “large group” in which Christian students come together for worship and oftentimes an outside speaker. I’ve always found the speakers to be incredibly inspiring. Not only does Oberlin Christian Fellowship host a large group every few weeks, but they also organize weekly small groups for students to have more intimate discussions and participate in in-depth bible study. I truly enjoyed having a small group community even more and began attending the Conservatory small group regularly during my freshman year. Every year, Oberlin Christian Fellowship hosts a great number of small groups, some category examples being: athlete, conservatory, freshman, A-house, Kahn Hall, Firelands, singers, and many others. The executive team picks books of the Bible that small groups will study during the semester. Then, each week the small group normally studies and discusses a passage out of this book, as well as catching up on each other’s lives and engaging in prayer for one another. I had the privilege of being able to lead the Freshmen Small Group during the first semester of my sophomore year, and it definitely taught me a lot about Christian relationships, leaderships, and allowing ourselves to be real and vulnerable about our faith and our faults.

Oberlin Christian Fellowship also organizes a number of events throughout the year to bring members together in settings that aren’t solely bible study based settings. There are frequent Tappan bonfires, the annual bake-off, Easter egg hunt, cookouts, and many more activities. One of my most formative experiences as a Christian at Oberlin was at the end of my sophomore year, when I was invited by Oberlin Christian Fellowship to attend Chapter Focus Week. Chapter Focus Week is a single week at the beginning of summer in which Christian Fellowships from schools all around the Midwest come together at a beautiful Michigan retreat center on the lakeside and spend time getting to know each other and getting to know God better. I was anxious about attending, because I did not know the other students in the Oberlin Christian Fellowship chapter quite as well as I wanted to, but I became incredibly close to them throughout the week. I was incredibly moved and spiritually renewed in my study of God’s word, the time I spent both alone in prayer, and in the enjoyment of this community with others who also loved Him.

I have definitely run into students at Oberlin who believe that all religion is oppressive. I have certainly felt judged and stereotyped at times when being honest about my faith. I know that there will always be people, especially at such a liberal college, who assume that when one says “I’m a Christian,” that this statement must carry with it a certain hostility, intolerance, or bigotry. Oberlin’s campus does test Christians. Any campus tests Christians. Some people believe that it’s more difficult to hold onto your faith once you get to college. I think that there’s something very special about faith in college. It becomes your own. Those who have been dragged to church all their life are no longer being forced out of bed on Sunday mornings.

When you get to college, you get to explore so many things. There are opportunities to engage in almost whatever you want, so long as you take the time and effort to reach out for it. You find that you are crafting your own schedule and actively prioritizing your values. Making a commitment to God is something that comes down to oneself. I’ve found that this decision that I’ve had to make -- this decision to be all in for my faith, when my environment isn’t necessarily encouraging me to be -- has strengthened my personal relationship with God to an extent that it may not have grown had I been living at home in a Christian household. Having friends who don't share my beliefs has only strengthened my faith and my relationship with God. Free will is a gift from God, and I’m glad that college gave me the autonomy to use this gift and decide for myself where God stands in my life.

How I’ve run away and joined the Circus

I’ve been told a few times over the years that I seem like the type of person who’d be able to juggle. 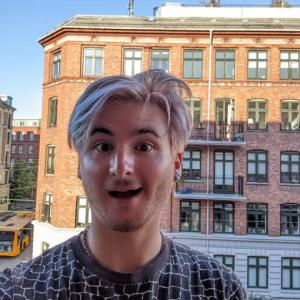