The Creative Writing Program awards a number of prizes annually to some of our most distinguished students.

The Battrick Fellowship, awarded for excellence in poetry writing, was established as a result of a 1990 bequest from the estate of William T. Battrick, Oberlin College Class of 1927.

The Stuart Friebert & Diane Vreuls Prize for excellence in creative writing is awarded to deserving students beginning in the spring of 2021. The prize honors the two founding faculty members in the Creative Writing Program, and is funded by the generous contributions of friends and alumni to the Creative Writing Gift Fund.

Emma Howell began writing at an early age and published her first poems at 15. She took writing workshops at Portland State University, and went on to study with Martha Collins, Pamela Alexander, and David Young, among others, at Oberlin College as a creative writing major. The first time Emma went to Oberlin, she felt immediately like she was home, and knew it was the exact right place for her. She also studied literature, languages, folklore, and African dance, and was particularly influenced by her experiences in the Black Arts Workshop with Caroline Jackson-Smith. She had studied for a year in Spain, which ignited her interest in travel and languages. Emma spent six months of her sophomore year studying in Salvador do Bahia, Brasil, where she died at the age of 20. 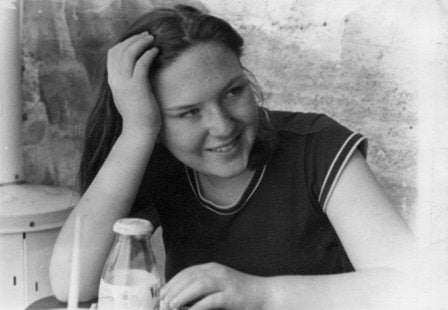 When Emma Howell died in 2001, her parents set up a poetry prize to be awarded yearly to an Oberlin student.

They wanted to encourage young poets, just as Emma was encouraged as a creative writing major at Oberlin. After five years of generous donations from friends and family, the fund for the prize reached the amount necessary to become an endowment.

Each year, a panel of judges—members of the Creative Writing Program and Emma’s father, the poet Christopher Howell—reviews submissions from Oberlin students and awards a prize of $1,000 to the winner. Each April, the program hosts a reading of the finalists for this prize.

The Wheeler Prize is awarded to a member of the junior class for ability and potential in writing poetry. The prize was established by the family and friends of Lucy Pope Wheeler, Oberlin College Class of 1934.