Gregory Ristow directs the Oberlin College Choir and Musical Union, and teaches courses in vocal chamber music and conducting. He has conducted the Indianapolis Chamber Orchestra, Houston’s Foundation for Modern Music, and the Voices chamber choir in Rochester, New York. He has served as artistic director of Encore Vocal Arts in Indianapolis and was assistant conductor of the Gregory Kunde Chorale in Rochester. He has sung with the Houston Chamber Choir and Houston’s Mercury Baroque, and has been called a performer with “star quality” who was “striking whenever he appeared on stage” (Indianapolis Examiner).

In addition to his role at Oberlin, Ristow conducts the Interlochen Singers and teaches eurhythmics at the Interlochen Arts Camp. Previously, he served as director of choirs at the DePauw University School of Music, the Rochester Institute of Technology, and at Lone Star College-Montgomery, where he received the 2008 Faculty Excellence Award.

Born in Florida and raised in Venezuela, conductor Raphael Jiménez began his musical life as a violinist. While he was a member of the Simón Bolívar National Youth Orchestra of Venezuela, he was assigned his first conducting responsibility at the Venezuelan National System of Youth and Children’s Orchestras (El Sistema). He was soon conducting all the professional orchestras in the country and was appointed principal conductor of the Caracas National Ballet at age 22.

Praised for his “tightly wrought” and “stirring, vividly shaped” renditions (New York Times) and for his “delicious buoyancy and impeccable taste” (Washington Times), Jiménez is celebrated for his work with orchestras around the world, with recent engagements in Asia, Europe, Latin America, and the United States. As a ballet conductor, he has collaborated with several ballet companies, including recent performances with the New York City Ballet at Lincoln Center. He has also served as music director for opera productions with companies in Caracas, Venezuela, at the Teresa Carreño Center for the Performing Arts; Lubeck, Germany; and Palm Beach, Florida.

Equally comfortable on the podiums of professional and pre-professional ensembles, Jiménez is recognized for his deep commitment to education. The South Florida Sun-Sentinel wrote: “The [orchestra], conducted by Raphael Jiménez, played [with] a professional sheen rarely heard from student ensembles.”

Jiménez devotes great effort to the promotion of new music—especially works by Latin American composers—and he has been recognized for his diverse and eclectic programming. He has had the privilege of premiering numerous works, including the world premiere of Ricky Ian Gordon's and flowers pick themselves, featured on the eponymous recording. 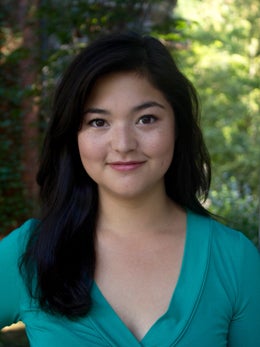 Brooklyn native Katherine Lerner Lee is currently in her fifth year at Oberlin College and Conservatory, where she is pursuing a bachelor of arts as a French major and a bachelor of music in voice, studying under Lorraine Manz. At Oberlin, her main-stage operatic credits include Flora in Britten’s The Turn of the Screw and Susanna in Mozart’s Le nozze di Figaro. She has also appeared in the ensembles of Massenet’s Cendrillon and Michael Torke’s Strawberry Fields. Summer credits include Clori in Cavalli’s L’Egisto with the Halifax Summer Opera Festival, and she covered the role of Adele in Die Fledermaus at the Boston University Tanglewood Institute Young Artist Opera Intensive. Lee is keenly interested in contemporary music, and she has performed with Oberlin’s new music ensembles. In the spring of 2017 she sang Harrison Birtwistle’s Entr’actes and Sappho Fragments with the Contemporary Music Ensemble at the Cleveland Museum of Art. Later that season she appeared with that ensemble at the Bang on a Can 30th Anniversary Marathon in New York’s Brooklyn Museum, where she sang Louis Andriessen’s De Staat and Michael Gordon’s No Anthem. She has worked with student and faculty composers, singing in premieres on Oberlin’s campus and on the Cleveland Museum of Art Performing Arts Series. 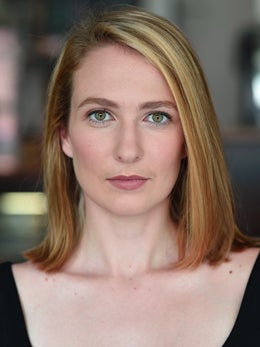 Mezzo-soprano Perri di Christina, a master’s degree student at the Mannes School of Music, is a 2016 graduate of Oberlin College and Conservatory, where she earned a bachelor of music in vocal performance and a bachelor of arts in philosophy. She was most recently seen as Filipievna in Mannes Opera’s production of Tchaikovsky’s Eugene Onegin. She appeared as Cherubino in Mannes' fall 2018 production of Le nozze di Figaro. This season, she will be an apprentice artist with Teatro Nuovo. During her time at Oberlin, di Christina performed several roles with Oberlin Opera Theater: Bradamante in Handel’s Alcina, Don Ramiro in Mozart’s La finta giardiniera, and Olga Olsen in Kurt Weill’s Street Scene. She also performed as the soloist in Aaron Copland’s In the Beginning with the Oberlin College Choir. Di Christina has participated in music festivals across the United States and Europe. She has sung the roles of Dorothee in Massenet’s Cendrillon with the Miami Summer Music Festival; Armelinde in Viardot’s Cendrillon with the Hawaii Performing Arts Festival; and Lay Sister #2 in Puccini’s Suor Angelica with Oberlin in Italy. At the Aspen Music Festival and School, she performed in scenes, concerts, and master classes. She has participated in master classes with Libby Larsen and Jake Heggie at SongFest, performed Bach cantatas with the Emmanuel Church in Boston, and worked with baritone Tom Krause at the Mozarteum in Salzburg. 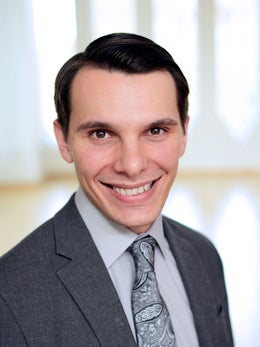 Tenor Nicholas Music graduated from Oberlin College and Conservatory in spring 2018 with a BM in voice and a BA in computer science. He is now pursuing a master of music degree in voice performance at the University of Michigan. Cleveland Classical has praised him as having a voice with “superhuman expressive power and fine nuance.” During his time as a student at Oberlin, Music performed several principal roles in main-stage opera productions including Peter Quint in The Turn of the Screw by Britten, le Mari in Les mamelles de Tirésias by Poulenc, and Basilio in Le nozze di Figaro by Mozart. He also played the Boy Angel in Angel’s Bone, the Pulitzer Prize-winning opera by Du Yun ’01. Music enjoyed collaborating with Oberlin’s Contemporary Music Ensemble and Sinfonietta as well, recently performing Tituli by Steven Hartke at the Cleveland Museum of Art on its Performing Arts Series, and Hold back thy hours by John Liberatore. Music recently appeared in the title role in the University of Michigan’s Opera Theatre production of Candide. 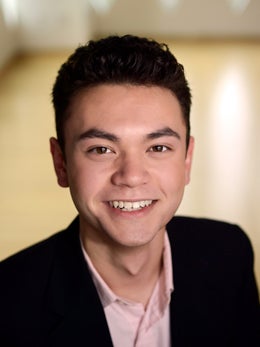 Baritone Kyle Miller studies vocal performance at Oberlin Conservatory under the tutelage of Salvatore Champagne. Miller’s main stage roles include Il Conte in Le nozze di Figaro and Vincenzo Biscroma in Donizetti’s Viva la Mamma! with Oberlin Opera Theater, Moralès in Carmen with Chautauqua Institute, and Giampaolo Lasagna in Cimarosa’s Le Astuzie Femminili in Arezzo, Italy. He has also appeared in the choruses of Oberlin Opera Theater’s productions of Alcina, Les Mamelles de Tirésias, and Cendrillon. He was awarded first place in the Pacific Musical Society’s annual competition in 2015 as well as the 2018 VOCI Scholarship for Undergraduate and Graduate Singers. As a boy soprano, Miller performed on stage with Ramòn Vargas, Patricia Racette, Johan Botha, Piotr Beczała, and Joyce DiDonato with the San Francisco Opera.