Stronger Together, an athletics initiative founded in 2018 by student athletes Lilah-Drafts Johnson ’18 and Leo Ross ’21, has joined forces with Niñas Sin Miedo (Fearless Girls), a nonprofit organization based in Soacha, Colombia.

Spearheaded by Dylan Mehri ’18, the alliance between the groups has led to on-campus internships for current students, as well as winter term and summer break opportunities in Colombia.

When Natalie Winkelfoos, Delta Lodge director of athletics and physical education and Erica Rau, head volleyball coach and deputy Title IX coordinator for athletics, were approached by Johnson and Ross about the idea for Stronger Together, they had already been wanting to create similar programming.

Stronger Together is an athletics initiative that aims to bring together Oberlin’s women’s athletics teams while leveraging the connections between women and nonbinary athletes and alumni to create an environment of mutual support, engagement, and opportunities for professional development.

In addition to Stronger Together’s inaugural Get to Know You mixer, the initiative has hosted other events, including a Power Panel that included athletics alumnae in the professional world, as well as a five-minute clinic that created a space for the women’s athletics teams to bond and show each other what they do in their respective sports.

Rau says that she’s already noticed a difference in the women’s athletics community since the program began.

“I work with SAAC (Student-Athlete Advisory Committee), and I’ve definitely noticed that our women have been taking the lead more on community initiatives and have been having a stronger voice. The program is barely two years old, but I’ve already seen it have such a big impact on our athletes.”

The work Stronger Together has done extends beyond Oberlin’s campus. The initiative has recently partnered with Niñas Sin Miedo, a Colombian NGO advancing the lives of young women and girls through education and wellness initiatives. The two organizations united when Mehri returned to campus in fall 2018 to recruit volunteers for Niñas Sin Miedo, and spoke to classes and Bonner Scholars about the nonprofit.

With the aid of the Susan Phillips ’76 Social Justice Internship Fund, Mehri began working with Niñas Sin Miedo shortly after graduating from Oberlin. She was soon promoted to international fundraising coordinator. Thanks to Mehri’s networking efforts, Niñas Sin Miedo now has four interns based in Oberlin: Zoe Guiney ’21 and Rachel Serna-Brown ’22, both of whom promote the organization’s digital media presence in the United States; and Naeisha McClain ’20 and Eliza Braverman ’21, who coordinate on-campus events in conjunction with Stronger Together.

Mehri says the overlapping values of both organizations, as well as those of an Oberlin education, make Oberlin students a good fit.. “Social justice is at the heart of the work many Obies want to accomplish, so being able to connect with a young international nonprofit is a great experience for them to have when they want to begin a career in the field,” he says.

Braverman, who completed her winter term in Colombia with Niñas Sin Miedo this past January, shares Mehri’s sentiment. “Niñas Sin Miedo is all about education and physical empowerment through sport, and it falls very much in line with what Stronger Together is committed to,” she says.

“Our hope for the future is that Stronger Together and Niñas Sin Miedo can collaborate, since we are empowering our women athletes here at Oberlin and that’s what is happening in Colombia with the young girls at Niñas Sin Miedo,” she says. “I just hope we can all empower each other.” 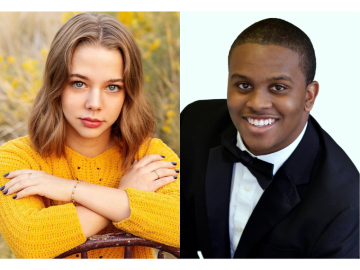