OBERLIN—Natalie Winkelfoos, the Delta Lodge Director of Athletics and Physical Education, has been honored by the National Association of Collegiate Women Athletics Administrators (NACWAA) as a 2015 Administrator of the Year.

Winkelfoos is one of eight recipients of the award, which is given annually to NACWAA members for significant contributions made as athletics administrators. The honorees are nominated by their peers and selected by the NACWAA Awards Committee for service during the 2014-15 academic year.

“NACWAA is pleased to celebrate and honor these extraordinary women who are champions for their student-athletes, colleagues, institutions and conferences,” said Lori Mazza, NACWAA awards committee chair, board of directors member and director of athletics at the University of Pittsburgh-Bradford. “Their commitment to intercollegiate athletics and the advancement of women in our profession is inspiring and truly remarkable, and we look forward to honoring them for their outstanding service and leadership in Tampa.”

Winkelfoos was named athletics director in 2012. Prior to that post, she had served in administrative positions since 2005. During her tenure, Oberlin athletics has had a resurgence on and off of the field.

Winkelfoos has carved a reputation as an innovative, inspirational, and inclusive leader whose intelligence, enthusiasm, and ability to manage people, resources, and time have revitalized athletics and health and wellness at the college.

During her tenure, the women’s cross country team won its fifth consecutive conference championship, the men’s soccer team set a school record with 14 wins, and women's tennis earned its first-ever national ranking. While the success in competition has been outstanding, Winkelfoos has also done remarkable work in the areas of fundraising, facilities oversight, and health and wellness. She was instrumental in securing an $8 million gift from the Austin E. Knowlton Foundation to build a new athletics complex, which opened in fall 2014, and she has procured funds that will reshape Oberlin's health and wellness facilities in the near future.

“To be recognized by this organization that prides itself on being a champion of women leaders is humbling," Winkelfoos said. "This is a wonderful recognition of me, but it's our coaching staff and student-athletes that are putting forth a true yeoman's effort that is elevating our programs to a place of distinction.”

Winkelfoos will accept her award for Division III Administrator of the Year during the 36th annual NACWAA convention October 11-13 in Tampa, Florida.

About the National Association of Collegiate Women Athletics Administrators

Katie Skayhan '15: A Lot to Keep Track Of

First in a series of profiles on conservatory students who also participate in Oberlin athletics. 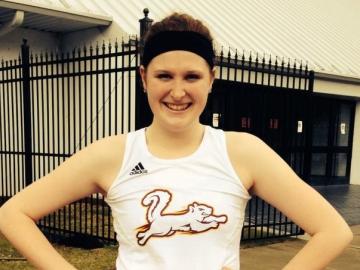 In the latest installment of GoYeo's "Storytellers" series, we learn how Olivia Degitz ’17 turned a childhood tragedy into great opportunities at Oberlin. 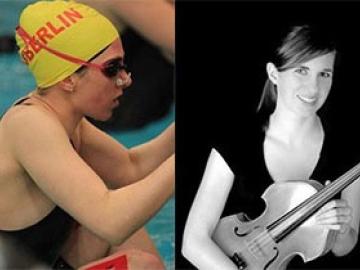 The Oberlin Athletic Department's "Storytellers" feature profiles double-degree student Leo Harrington ’16—and what happens when he must choose between the track and the trumpet. 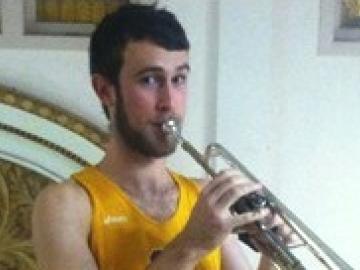