The concept of sanctuary is often part of today’s discussions about immigration, but the idea of providing sanctuary has ancient roots. Learn about the different meanings and practices of sanctuary from ancient to modern times during a cross-departmental panel, “What is Sanctuary?” on Tuesday, February 13 from 12:20 p.m. to 1:15 p.m. in King 106. The event is associated with the monthlong series, Courage and Compassion, which explores sanctuary in connection to Japanese Americans during World War II.

1. How would you describe the concept of "sanctuary"?

Sanctuary emerges in contemporary discussions around immigration, but current invocations of sanctuary and providing refuge to those fleeing state power have deep and ancient roots across the globe. According to the World Church Services’ recent report, sanctuary is “rooted in faith communities” and refers to the use of temples, churches, and sometimes cities as places of refuge for those who may or may not be innocent of crimes but who sought protection from secular authorities.

2. How has the understanding and practice of "sanctuary" evolved from ancient to modern times?

Not surprisingly, the answer to this question is beyond the scope of this discussion, but one way to think of the difference between modern United States sanctuary and earlier practices is that in medieval times, for example, sanctuary was not contested as a concept because it was not seen as outside law but rather a law of the church that everyone recognized was valid. Because of the idea of multiple jurisdictions, churches had absolute rights to do these things and proclaim sanctuary, rights that were recognized by secular authorities because they wanted to be seen as protecting the power of the sacred. In practice, churches cooperated with secular authorities. Now, churches may be the property of the institution of the church, but United States law extends over that space and the people who might take refuge there. What remains in our collective memory, fed by popular culture, is this idea that churches ought to be respected; it’s still seen as a kind of violation to enter them and drag someone out against their will. We believe something is being violated, but without laws—i.e. the recognition by all parties involved that churches are spaces with particular protections—there is only a lingering unease that a boundary is being crossed. There is no shared consensus that churches play a particular role for those, innocent or guilty, fleeing laws that society might consider unjust.

Our modern conception of sanctuary has extended beyond the church to include more forms of both legal and extra-legal protection. United States cities and states, for example, are increasingly declaring themselves as sanctuaries to immigrants. The way we use the word "sanctuary" today, however, still refers to context-specific protection from official state laws, even if faith-based communities are not involved.

3. Historically, how has the city of Oberlin participated in offering sanctuary to individuals?

Sanctuary resonates in the city of Oberlin and is deeply embedded in its history. In January 2017, the city of Oberlin affirmed its status as a sanctuary city, one of hundreds across the United States today. Unanimous support of this by the Oberlin City Council reflects not only its earlier embrace of sanctuary in 2009, but it also underscores Oberlin’s distinctive history in the 19th century. The city of Oberlin and Oberlin College have historically served as sanctuary to revolutionary thinkers committed to social justice while grappling with contradictions.

Historically, the city has served as sanctuary for many.  An early example of offering sanctuary is shown through the story of Sarah "Margru" Kinson, who was involved in the Amistad Revolt in 1835. In the aftermath of the precedent setting Amistad Trial, in which President John Quincy Adams defended Sarah and her fellow captives before the U.S. Supreme court in March 1841, Sarah, a surviving member of the Mendi tribe from present-day Nigeria, met two Oberlin Missionaries, William Raymond who studied at what was then called the Oberlin Institute, and James Steele, a graduate of the Theological Department of Oberlin Collegiate Institute. Sarah later attended Oberlin College with the support of Raymond and Lewis Tappan in 1846, and Marianne Parker Dascomb was asked to oversee Sarah's education in what was then called the Female Department.

The city also provided sanctuary for Lee Howard Dobbins, a four year-old boy brought here in March of 1853 by an enslaved woman named Miriam, who traveled a treacherous journey only to die of consumption in freedom. Five years later in 1858, Oberlin offered sanctuary to John Price, a young black man abducted  by the son of a wealthy Oberlin landholder. When news of Price’s imprisonment in a hotel in Wellington, Ohio, reached Oberlin around noon that day, a large crowd of Oberlinians, including blacks and whites, and townspeople and students, rode off toward Wellington. Included in the crowd of those who rescued Price was Charles Langston, the brother of John Mercer Langston, the first African-American lawyer in Ohio and the first African American to hold elected office in the United States. Price was hidden in the home of Oberlin College President James Fairchild, and he was later taken across the border to Canada.

4. Why is it important to have a conversation about sanctuary right now?

The current sanctuary movement has roots in the 1980s when Salvadoran and Guatemalan refugees fled wars that were fueled, in large part, by United States foreign policy during the Cold War. While a great deal of attention now rightly focuses on the ways that the current administration has facilitated a rising number of sanctuary cities, sanctuary campuses, sanctuary streets and even, in the case of California, a sanctuary state, this new sanctuary movement dates back to 2007, when a number of faith-based communities came together to address and resist the impact of increased immigration raids and the now infamous 2006 Sensenbrenner bill that, among many of its draconian provisions, increased funding for the United States–Mexico border, increased penalties and detentions for unauthorized migrants, and would make it a crime for those who assist undocumented migrants. This recent history is important because it reminds us that the practices and strategies faith-based communities, cities, activists, and community leaders are engaged in have a long history, but it also invites us to understand the specificity of today—the Muslim/travel ban, ongoing attacks on birthright citizenship, an undermining of family reunification immigration provisions that are now demonized as “chain migration,”—and why sanctuary practices and the new sanctuary movement has grown across the United States.

5. What do the teach-in panelists hope to accomplish through a cross-departmental discussion on this topic?

As scholars who are deeply committed to interdisciplinary work, many of whom are also trained in specific disciplines, we recognize how our scholarly work and teaching is enhanced through conversations across disciplines and departments. These cross-departmental discussions often happen in surprising contexts—for example, in Spring 2016, classics, comparative American studies and Africana studies co-sponsored a screening and discussion of Spike Lee’s Chiraq that invited people interested in race, urban political economy and violence, gender, and resistance to have conversations with those familiar with the classical Athenian play Lysistrata by Aristophanes. These conversations enrich our scholarship and our teaching and make being at Oberlin particularly meaningful because our professional obligations often constrain our ability to create these spaces of dialogue and exchange.

A teach-in provides us a quick, focused, and easily-accessible way to discuss nuanced issues. In less than a few hours, we can provide some interdisciplinary-context to a pressing contemporary social issue, involving faculty, students, and the community in the conversation.

6. What do you hope that those who attend this program take away from it?

One of the main goals is to provide students with an historical framework for understanding modern sanctuary practices and the new sanctuary movement and to understand important differences as well as continuities. Ancient and medieval sanctuary shares with modern practices the sense that the law as it stands doesn't allow for the flexibility of real situations. Sanctuary, both then and now, is a kind of liminal space that allows a community some flexibility. Guilt and innocence are not always so clear-cut, and sanctuary allows for people the space to strategize, sometimes build their lives elsewhere, and sometimes allow (secular) law to catch up to the reality of what communities really feel about how to judge violations of laws. Sometimes this leads to new laws—such as the 1990 decision to provide Temporary Protected Status (TPS) to Salvadoran and Guatemalan refugees who had previously been denied asylum in the United States. 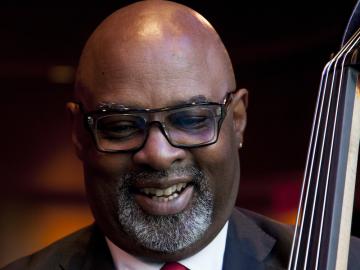