The Oberlin College Department of Dance has been approved for a $10,000 Grants for Arts Projects award from the National Endowment for the Arts to support Critical Mass: CI @ 50, a five-day international conference that will reflect on the history and significance of Contact Improvisation and Oberlin College’s legacy in its development.

Marking the 50th anniversary of Contact Improvisation, the summer 2022 conference hosted by Oberlin College is organized by Professor of Dance Ann Cooper Albright in collaboration with co-curators and the Jerome Robbins Dance Division of The New York Public Library at Lincoln Center.

The five-day celebration will feature interviews with founding figures such as Steve Paxton and Lisa Nelson, panel discussions, intensive workshops with master teachers, and evening public performances. These will include a reconstruction of Paxton’s Magnesium, facilitated by Jurij Kondar and performed by students from Oberlin’s advanced varsity contact class, and Underscore, by Nancy Stark Smith ’74, former co-editor of Contact Quarterly.

"It thrills me to be able to host the 50th anniversary celebration of Contact Improvisation, a contemporary dance form with an important legacy at Oberlin College,” says Albright. “When Grand Union—an improvisational collective from New York City—came to Oberlin College in January 1972, Steve Paxton created a dance for 12 men called Magnesium. This piece is seen as a seminal moment in the form's history. Later that summer, Nancy Stark Smith joined Paxton and others in NYC to continue those experiments. Smith, who died in May 2020, was a central figure in the development of Contact and served as co-editor of Contact Quarterly for more than 45 years. We will honor her contributions and the role of Oberlin College in the history of Contact when we gather with hundreds of dancers to celebrate, investigate, and engage with the legacy of this improvisational form."

Critical Mass: CI @ 50 is among the more than 1,100 projects across America totaling nearly $27 million that were selected during this second round of Grants for Arts Projects for fiscal year 2021.

“As the country and the arts sector begin to imagine returning to a post-pandemic world, the National Endowment for the Arts is proud to announce funding that will help arts organizations re-engage fully with partners and audiences,” said NEA Acting Chairman Ann Eilers. “Although the arts have sustained many during the pandemic, the chance to gather with one another and share arts experiences is its own necessity and pleasure.”

For more information on the projects included in the Arts Endowment grant announcement, visit arts.gov/news. 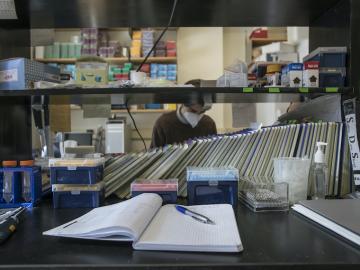 Oberlin College and the Five Colleges of Ohio present “Moving Bodies and Social Justice,” a series of virtual presentations and workshops developed to explore new curricula and pedagogical approaches that will engage all bodies who want to move within dance communities. 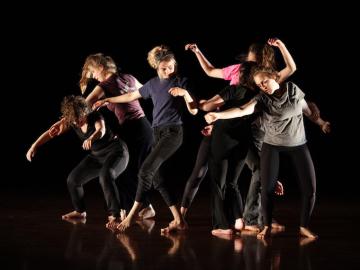