Delaney Kelly ’20 received her first directing credit in November for The Size of a Fist, which she also wrote. It was an exciting time for the theater major, who’s production in Oberlin’s Kander Theater launched the fourth annual New Works Festival.

The festival, which reflects the theater department’s mission to work with students to develop their own material, was born out of a need to codify a process for all of the material that students produce, as well as publicize their productions. Theater majors submit material for the festival a year in advance. This year’s festival offers four theatrical performances that will debut throughout the academic year.

“Each year’s offerings are always so unique and different,” says Eric Steggall, managing director of theater, dance, and opera. “This year’s group has an amazing depth and grasp of the particular materials they are presenting, and so far they have been amazing experiences.”

In The Size of a Fist, Papa and his daughter, Bee, dwell in an abandoned nuclear fallout shelter from the 1950s amidst books and sparse furnishings. The question of whether or not the pair will learn to live together hangs in the air.

“The Size of a Fist is a sci-fi dystopia about climate change and what it means to survive,” explains Kelly, who received inspiration for the play after reading Waiting for Godot in high school and decided to adapt the existentialist themes with her own spin. Initially, a one-act play, Kelly expanded the piece into a full-length production during fall 2018.

“It is a surreal feeling to see my words transformed by the designers and actors, but that’s also why I love performing arts,” says Kelly, who also worked on several mainstage, opera, and student-run shows as a stage manager during her time at Oberlin. “It’s been lovely experimenting with different creative choices. The show is by no means in its final form.”

The celebration of student work continues April 2 to 5, 2020, with In the Eleventh Hour written and conceived by Jaris Owens and Miyah Byers.

See more photos from The Size of a Fist on Oberlin Flickr. 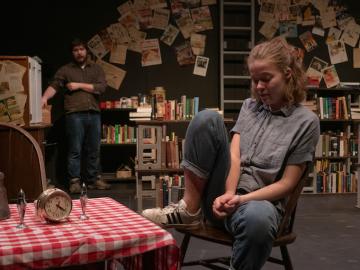 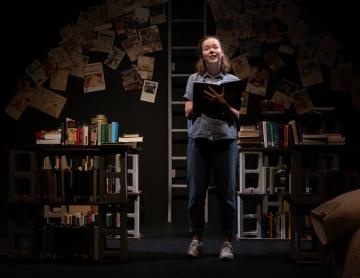 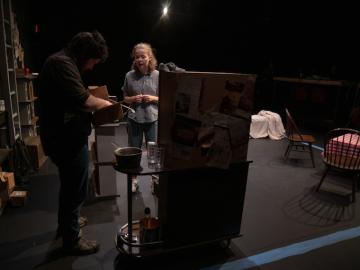 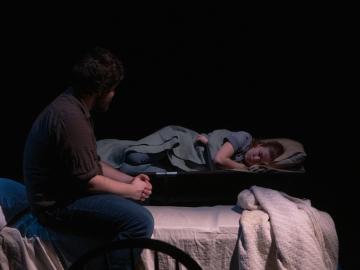 In this edition of Teaching in the New Normal, Handman-Lopez shares how even under challenging circumstances, students have been able to find ways to express themselves. 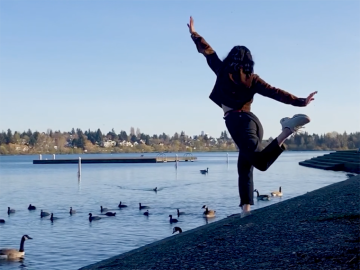 This Week in Photos: December 4 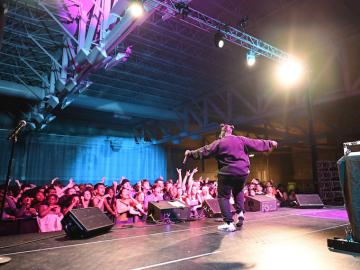 A coalition of students of color perform rhythm from their own perspectives during the annual Colors of Rhythm (CoR) showcase. This year’s show featured a range of presentations from taiko... 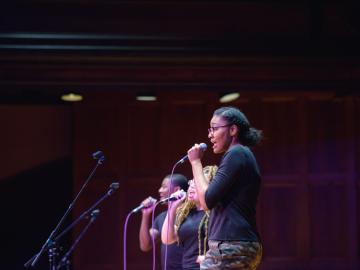