For more than 60 years, the housing and dining co-ops of the Oberlin Student Cooperative Association (OSCA) have provided a haven for students seeking politically conscious communities and alternative dining options. In recent years, the high cost of urban living has motivated former Oberlin students to seek out co-ops after graduation. Co-ops are more affordable than independent housing, and sharing bulk food is more economical. The built-in community also draws many OSCA graduates who use urban co-ops as a social landing pad in an unfamiliar city.

This was true for recent graduate MJ Robinson ’14, who moved to Providence, Rhode Island, after graduation. New to the city, they were looking for a living space that was radical, social, and affordable. “I eventually started trying search terms like ‘co-op’ and ‘queer,’” says Robinson. “I was interested in what co-ops outside of Oberlin might be like, and I wanted to know I was going to live somewhere that was not only safe for me but also a place where I might find others with strong radical politics.” Robinson’s keyword search led them to Westmyn Co-op, located on the west side of Providence.

Westmyn is a 15-person co-op situated in two apartments in the same building. Similarly to most co-ops, Westmyn makes collective decisions by way of deliberative democracy. It is smaller than an Oberlin co-op, so it can afford to have a slightly more relaxed process of reaching consensus. Robinson explains, “Although we nod to consensus-based modes of decision-making at our weekly house meetings, which are led by alternating facilitators, we usually come to our decisions quite quickly in a more conversational style.”

Although Westmyn is different from OSCA, Robinson’s experience living in Oberlin’s co-ops and working as food buyer instilled in them a valuable set of skills. “OSCA taught me to love food and the social aspects of making and sharing it instead of eating simply because I had to,” Robinson says. “I learned a lot of skills that were, and continue to be, applicable outside of the co-op, such as how to respectfully facilitate and participate in difficult group discussions.”

Like Robinson, Keith Spencer ’09 left Oberlin seeking a radical urban community. Joining a co-op was the natural choice. OSCA was the tipping point in Spencer’s decision to attend Oberlin, and he spent his four years living in Fairchild and Harkness houses. “OSCA was a very different environment than anything I had ever experienced—there was a freeform sort of organized chaos and a social permissiveness I really enjoyed,” says Spencer. “Especially in Harkness, I found that the dominant culture was very accepting and alternative in a way that is hard to describe—it was a totally alternate universe from the world I had lived in.”

After graduating, Spencer moved into a nine-person co-op located in a duplex in West Oakland, California. Like Robinson, Spencer found his co-op to be a rare source of radical community and affordable housing in an increasingly pricey urban environment. “The Bay Area is very expensive, and the landlords are very exploitative, so holding together as one co-op is also a great way of saving money, labor, and maintaining solidarity against landlords,” says Spencer. Like Westmyn, Spencer’s co-op is smaller and more loosely organized than an OSCA co-op, but Spencer says it is as functional as any co-op at Oberlin: “It's very organized, in some ways more than OSCA—at least, as most of us are beyond college age, we tend to have our lives figured out a bit more.”

But co-ops like Spencer’s and Robinson’s don’t emerge out of nowhere. David Tisel ’13 works at an affordable housing nonprofit in Washington, D.C., which helps finance and provide technical assistance to new co-ops. “D.C. is expensive, and living in a group house is one of the only affordable ways to live in the city at this point,” says Tisel, who spent time at Keep Cottage and Old Barrows co-ops while at Oberlin. And Sneha Narayan ’10 currently serves on the board of the North American Students of Cooperation (NASCO), where she helps provide support and training to people starting new co-ops around the country. A Pyle Inn alumna, Narayan spent time living in a co-op herself after graduation and says it helped her find community in the town of Evanston, Illinois. “It’s hard to meet people in a new city when everyone’s living in an apartment by themselves,” says Narayan.

For many, OSCA has been not only a source of community at Oberlin, but also an introduction to a larger national community of co-opers. Such organizations as NASCO and the Fellowship of Intentional Communities provide resources for finding co-ops around the world and even starting new ones. The TAPPAN Network, Oberlin’s alumni network, is also a valuable tool: Recent graduates often find co-ops by reaching out to other Oberlin alumni. Students leave Oberlin seeking vibrant, radical communities, and co-ops tend to fit the bill providing a hub where they can eat sustainably, live affordably, and find a community. 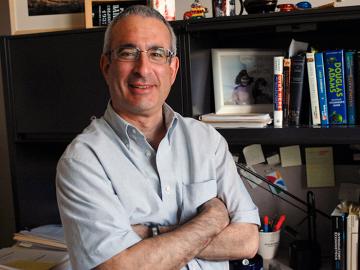