There is an option gaining traction on campus: informal language exchanges. Informal language exchanges are organized through the Cooper International Learning Center (CILC), a language teaching and technology resource center that supports the learning of languages and cultures at Oberlin. The CILC works closely with the Oberlin Center for Languages and Cultures (OCLC), which works with existing campus offices and departments to strengthen international humanities teaching and research.

The exchanges began when, in researching opportunities to broaden the engagement of language departments and foreign language learning with the wider campus as part of the Languages Across the Curriculum Initiative, CILC and OCLC staff found a number of faculty and students who spoke languages that are not part of the Oberlin curriculum—languages spoken in countries where many Oberlin students study abroad.

“We found we had this extraordinary resource of languages. We also had students who study abroad who sometimes learn the language of the country and have no way to continue when they come back,” says Barbara Sawhill, Hispanic studies instructor and CILC director. “We put out a call to those students saying, if we could support it, would you be interested in continuing your language study? Everyone said yes, absolutely.”

That interest blossomed into four informal language exchanges—or virtual language tables as they were called at the time—that involved Oberlin students and faculty, as well as a student and faculty member from the Ohio State University, that met throughout the 2012-13 academic year. “Students always have needs, either when they return from a country to keep up a language, or they are from a country and want to speak that language, or they are trying to learn a new language,” says Tim Scholl, professor of Russian and comparative literature and OCLC director. “We’re anxious to meet these needs, and language exchanges are an example of how we’re trying to keep their interest in languages and cultures going.”

Interest in informal language exchanges resurfaced this semester when Sawhill teamed up with Fellowships Advisor Nick Petzak, who assists students in applying for after-graduation scholarships like Fulbrights. “I met with seniors planning to apply for Fulbrights in September and said if this is of interest to you, you think you will find benefit, and if you are willing to commit to this—understanding that this is not a language course, there will not be tests, and you will not get credit—I will do my best to try to find a heritage speaker.”

“It’s a significant competitive advantage, especially for those languages that are not commonly taught, for students to establish a relationship with the country they are applying to by studying the language,” Petzak explains. A handful of students took Sawhill up on her offer.

Senior voice major Julia Farbstein, who is applying for a Fulbright in the Czech Republic, came to Sawhill after a classmate gave her the email address of Cate Lytle, a first-year from Prague. “I was telling my music criticism professor how my Fulbright essay had just been ripped apart and I was feeling discouraged,” Farbstein says. “Someone in my class asked me what country I was applying for, and I said the Czech Republic. She said I speak Slovak and I know someone from the Czech Republic who is at Oberlin right now. She gave me Cate’s email, and we organized a lunch through the CILC.”

The two have met for one hour twice a week since that lunch in September. Lytle, who speaks Czech, English, and French fluently and is studying Korean, says she is excited to share her native language with Farbstein. “For a lot of people, it’s not a big deal if they meet someone who speaks their language, but there are only 10 million people who speak our dying language, so for me, it’s like you and me, we’re going to be friends,” Lytle says.

Farbstein, who speaks French, Italian, and German in addition to her native English, says she wants to learn Czech because she wants to study Czech song. “If I don’t have a working knowledge of the language, there’s really no point in me doing my research,” she says.

While most of the recently-formed language exchanges are one-on-one between two students or a faculty member and a student, the Dutch exchange has attracted students, staff, faculty, and community members. A group of anywhere from four to seven meets on Monday evenings in Slow Train to study the language.

Marcelo Vinces, director of the Center for Learning, Education and Research in the Sciences (CLEAR), served as the group’s catalyst. “I’m a regular attendee of the Stevie language tables, and I was expressing to Barbara Sawhill how I wished there was a Dutch table. I lived in a Dutch-speaking university town in Belgium for two years and took a Dutch language class there. I had been wanting to keep up with it, but it’s hard without having someone to talk to,” he says. “Barbara said she knew other people interested in Dutch. I also turned to the Office of the Dean of Studies to get the information of anyone who had studied abroad in Dutch-speaking countries, and I put offers on the Classifieds and Switchboard, which attracted more people.”

Dutch group member Max Matthee-O’Brien, a first year, has spoken Dutch his whole life. “My dad is from Holland so I grew up speaking Dutch in my house,” he says. Matthee-O’Brien, who also speaks German fluently and is studying French, says he appreciates the opportunity to speak the language. “I like to practice speaking Dutch because I spoke it every day with my dad, and I was afraid I would lose it. I also figured I could help other people who are interested in learning Dutch,” he says.

Though it is too soon to tell if the language exchanges have had any positive effect on students’ Fulbright applications, Petzak says they have been “tremendously successful” and says he hopes they continue into next semester and future academic years. Sawhill concurs.

“The exchanges have formed a wonderful kind of informal language learning community here,” Sawhill says. “Similar to what happens with the language we teach as part of the formal curriculum, these students are seeing language is an entree into a culture and into a place, and they are about helping people have sensitivity to how a language and a place work. They have been a remarkable success.”

For more information on informal language exchanges, including the languages being taught this semester or starting an exchange in a new language, contact Barbara Sawhill by email at barbara.sawhill@oberlin.edu or by phone at 440-775-8595. 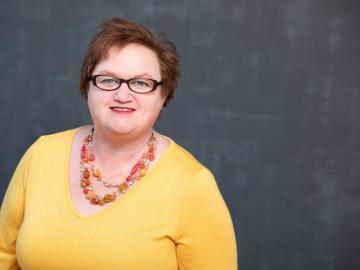 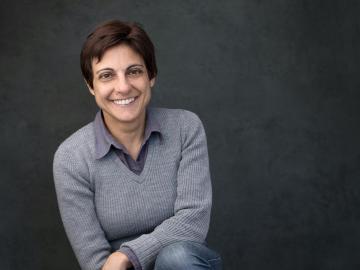