Johnny Coleman is an artist-in-residence for this summer’s FRONT International Triennial. This photo essay demonstrates his artistic process for Reflections From Here: Elders of Glenville, installed at St. Mark’s Church in Cleveland.

Johnny Coleman, Young Hunter Professor of Art and Africana Studies, was awarded an artist-in-residency position for this summer’s FRONT International: Cleveland Triennial for Contemporary Art: An American City, a global art exhibition based in Northeast Ohio, running July 14 through September 30, 2018.

As one of the six Cleveland-based artists selected to participate, along with six international and six national artists, Coleman was given workspace in The Madison, a building inside the new PNC Glenville Arts Campus in Cleveland’s Glenville neighborhood.

View photos of his artistic process, from conceptual sketch to the exhibition’s opening, for his FRONT project, Reflections From Here: Elders of Glenville. 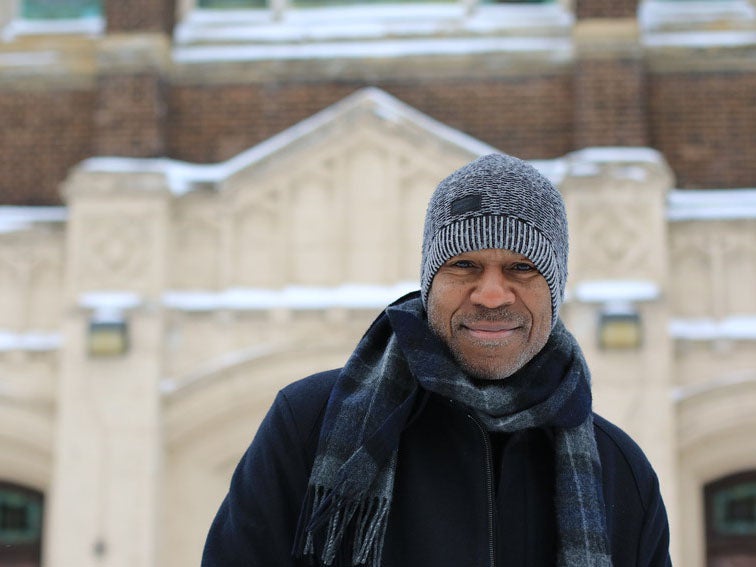 Johnny Coleman typically relies on human interaction to lay the groundwork for his projects. Those interactions typically take the form of extended conversations, as was the case for Reflections From Here: Elders of Glenville.

Coleman asked elders in the Glenville community two questions: What are your memories of Glenville? What are your aspirations for this community? Their responses inspired his installation at the now vacant St. Mark’s Church on East Boulevard in Cleveland.  [Photo credit: John Seyfried] 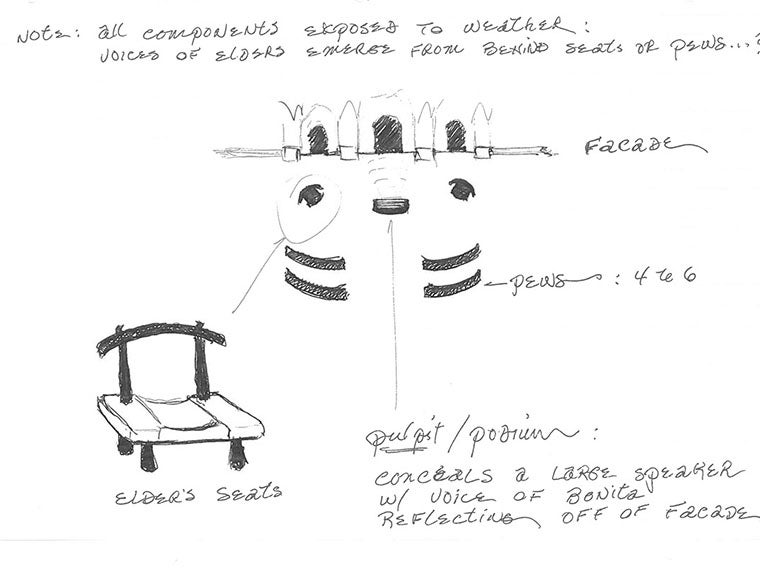 Coleman’s conceptual sketch of the installation on the exterior of St. Mark’s Church. [Sketch by Johnny Coleman] 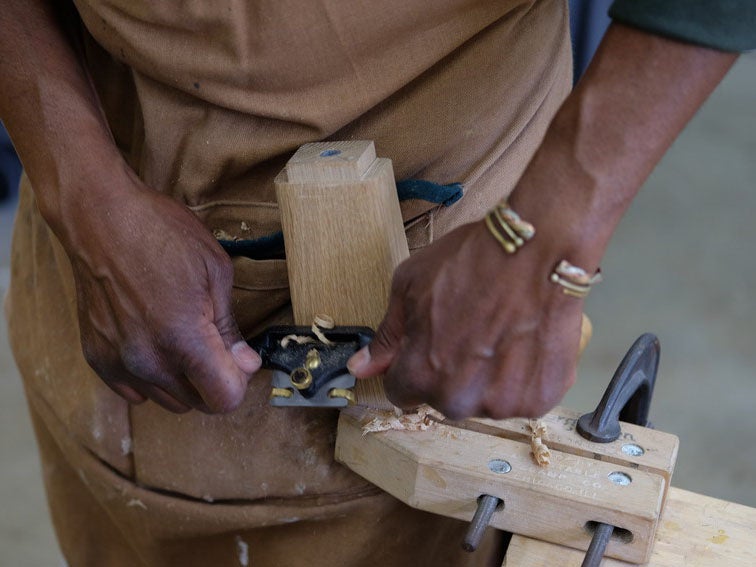 Coleman constructs seats from repurposed oak, which were inspired by the grandfather chairs of the Dan people from West Africa. [Photo credit: John Seyfried] 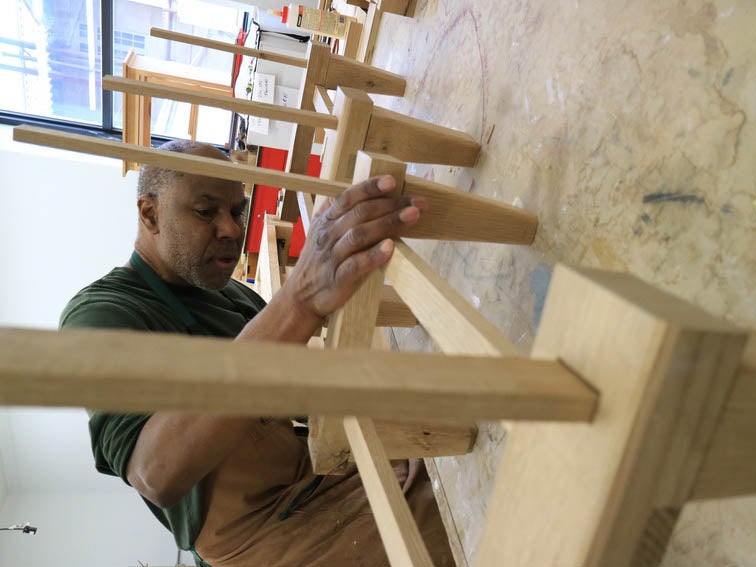 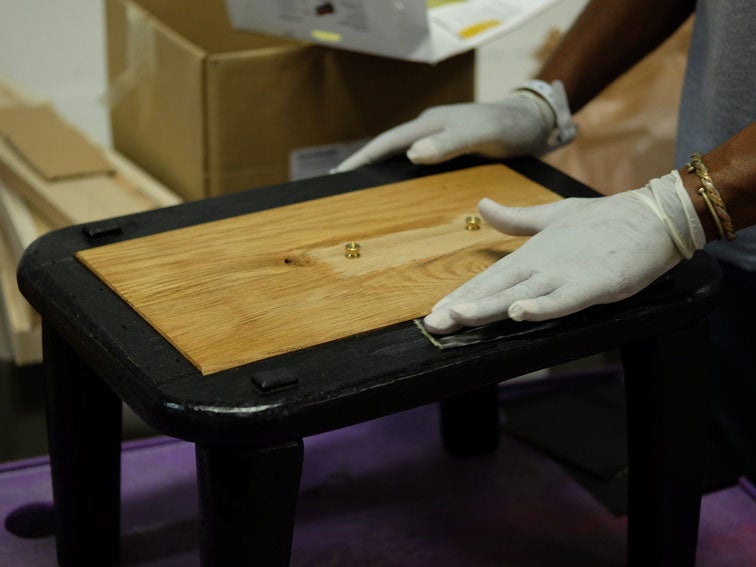 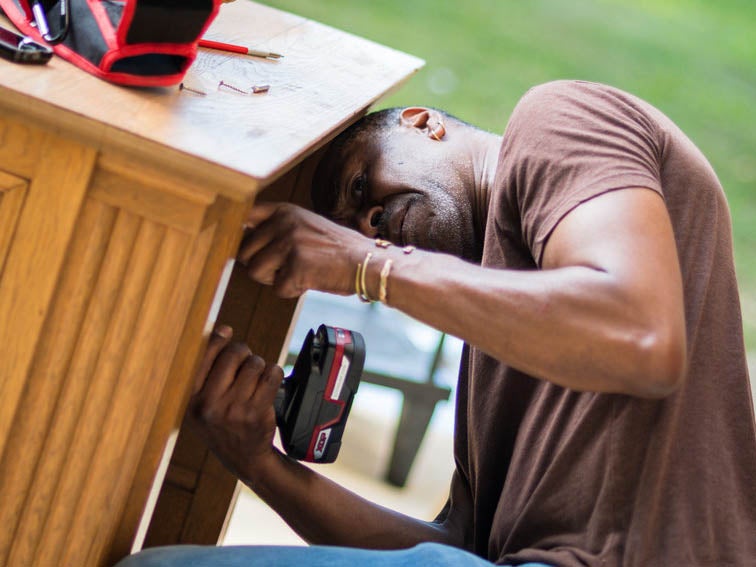 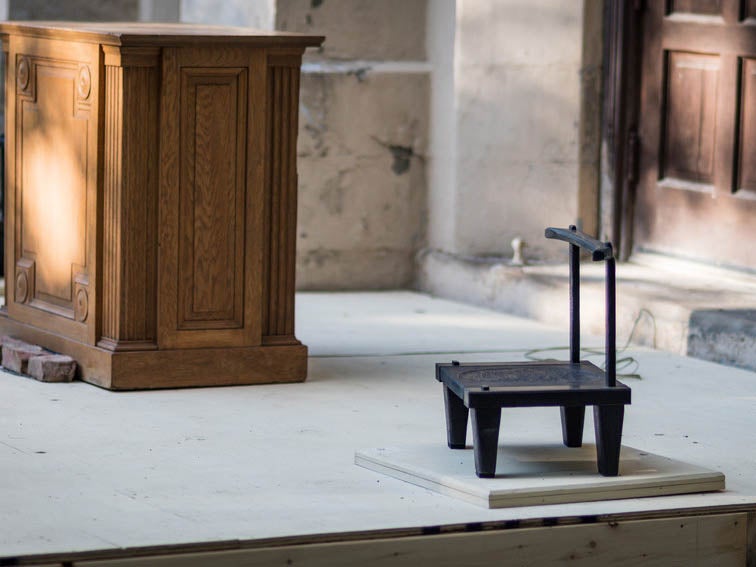 On either side of the pulpit, two chairs are situated, seemingly in conversation, with repurposed oak pews placed outside of the church. [Photo credit: Jesse Kucewicz] 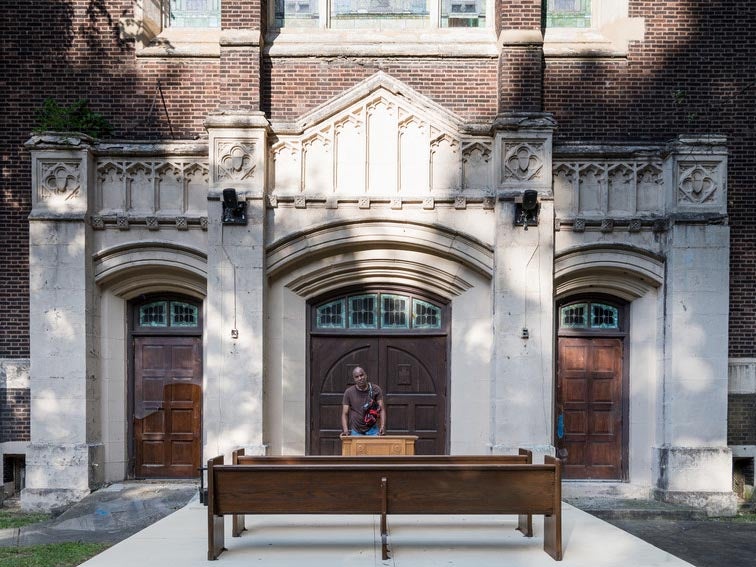 Coleman stands in front of St. Mark’s Church during the installation process. Speakers are mounted on the facade of the now vacant church. Voices of the elders emanate, each speaking to the richness, complexity, and challenges in their community. Alongside their stories, Bonita Wagner Johnson sings, “Move on up a Little Higher.” [Photo credit: Jesse Kucewicz] 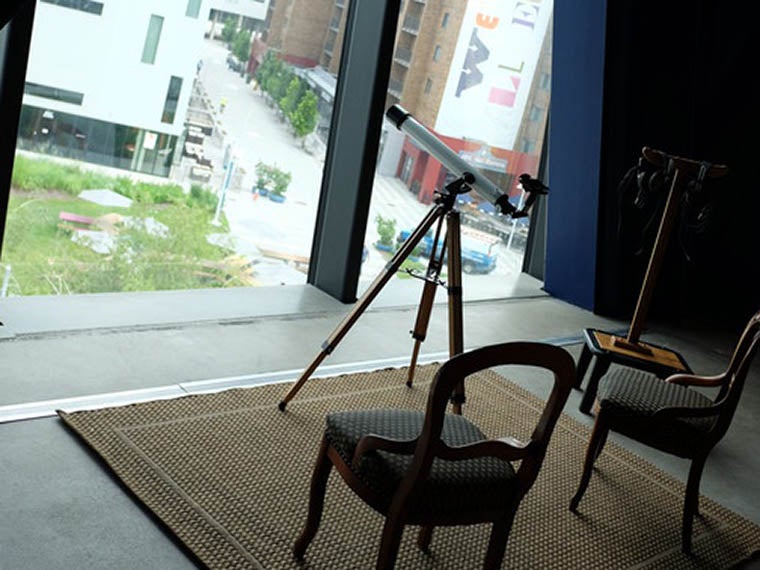 An extension of his Glenville-based project, Coleman also placed sound installations, Upon Reflection (1) and (2), at Museum of Contemporary Art Cleveland (MOCA). The audio includes stories from Glenville elders and a telescope that points in the direction of the church. [Photo credit: Jesse Kucewicz] 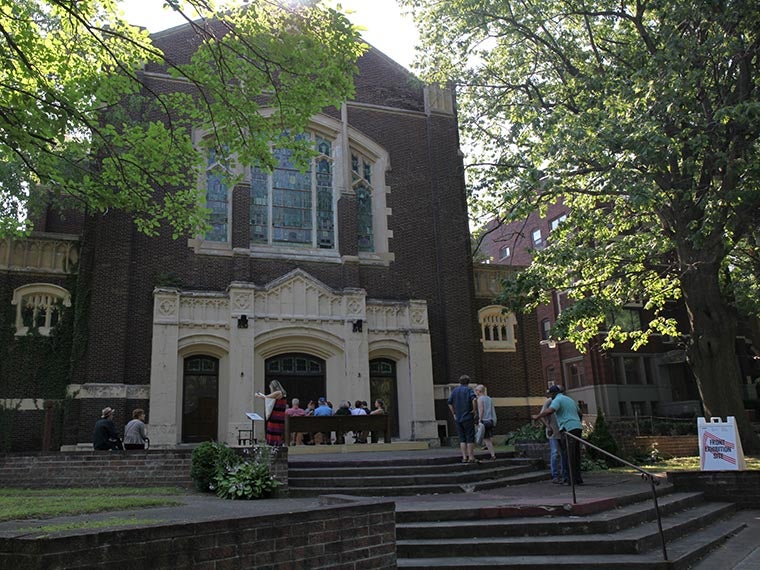 A view of St. Mark’s Church during the opening of Reflections From Here: Elders of Glenville. [Photo credit: Hillary Hempstead] 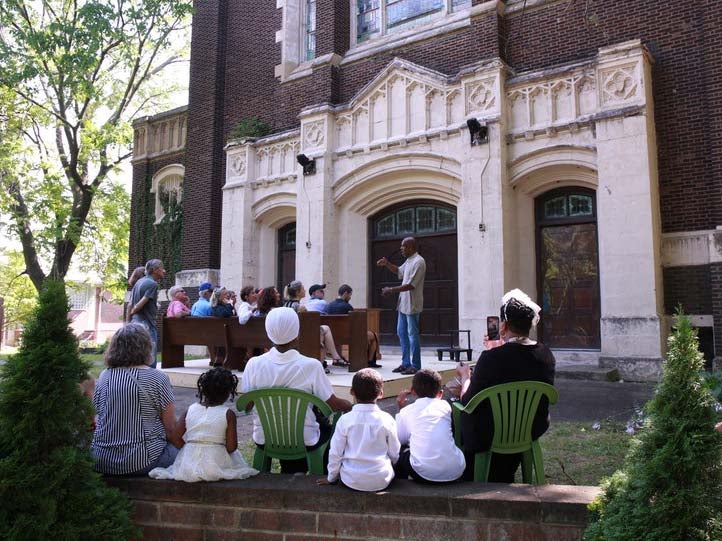 Coleman addresses the crowd gathered for the exhibition’s opening day. Attendees include Glenville residents he interviewed for the project. [Photo credit: Hillary Hempstead] 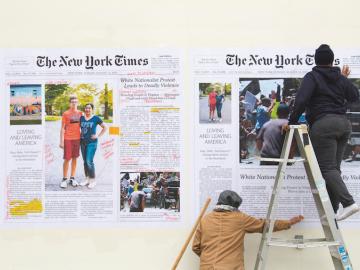 Johnny Coleman is one of the six Cleveland-based artists selected to participate in an artist-in-residency program at The Madison as part of FRONT International: Cleveland Triennial for Contemporary Art. 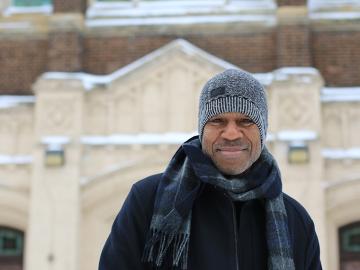 In his senior composition recital, fifth-year Kirk Pearson attempts to explain what would happen if the characteristics of the digital world started to permeate our physical lives. 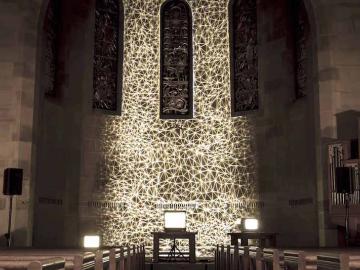